The feature directorial debut of Jason Parker, The Suppression of Hannah Stevenson, takes a fairytale-like spin on the possession horror subgenre. And, just like every fairytale, this one has a moral to live by – don’t try to change yourself for anyone. 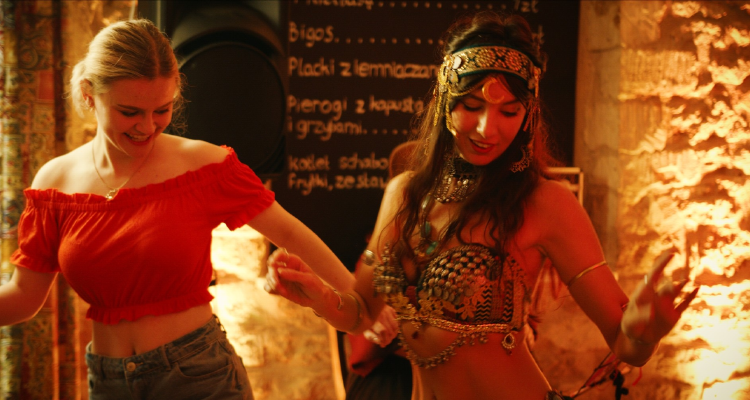 The film opens with a mysterious young woman walking through the woods and eerily submerging herself into a lake. Though her pace is slow, she seems to be trying to escape something.

Flashing forward to a police interrogation room, we are introduced to handcuffed Matt (Tom Hogan), as he tells his story to the detective. He and his girlfriend, Hannah (Hannah Rose), are enjoying their first trip away together in a foreign country. While Matt confidently walks around the town, camera in tow, the shy and cautious Hannah is clearly overwhelmed from being in an unfamiliar place.

After finishing a romantic meal at a local restaurant, Hannah unexpectedly dances with the establishment’s belly dancing entertainer, seemingly enchanted by her. The uncharacteristic hip jiving does not go unnoticed by Matt, or the local regulars – especially Traian (Edward Gist) – the domineering Casanova of the town, so it would seem. This simple act creates a chain of events that reveals the young couple’s relationship may not be as perfect as it appears from the outside.

Something from her past keeps Hannah from opening up into the person that Matt clearly desires her to be and, desperate to please him, she seeks help from local gypsy, Eliska (Charlotte McEvoy). She gives Hannah a potion to rid her of her inhibitions, warning it will only work if that’s truly what she wants.

As one would expect (don’t take drinks from strangers, kids), the potion leads to some ‘side effects’. After Hannah disappears during the night, Matt is forced to ask the townsfolk for help in bringing her back. 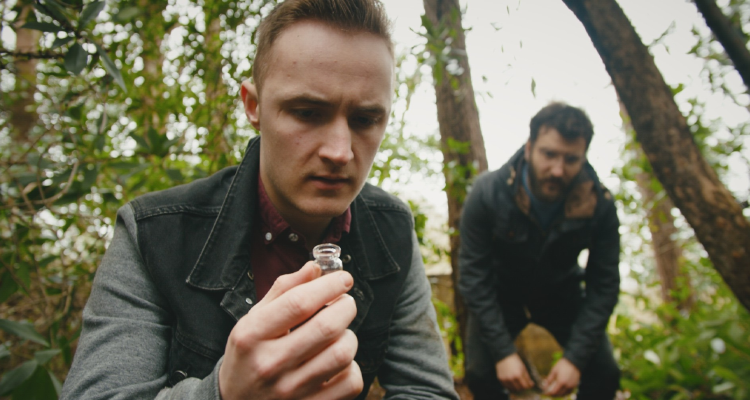 With a micro-sized budget and a production that was halted due to the pandemic, The Suppression of Hannah Stevenson relies heavily on the strength of the cast and crew. Luckily for writer/director Parker, he has a talented group of people working with him.

The runtime is quite short at 1:13, and some of the editing could be tightened up, leaving some room to delve deeper into some of the relationships and story lines. The few scenes that Zuzana Spacirova has, she absolutely steals. Playing Nadya, the sex shop owner who aides Matt, her acting is so natural and believable that it almost begs for more screen time.

Rose takes on the challenging role with much more gusto than her lack of prior film credits might suggest. She perfectly captures the naivety and meekness of Hannah and seamlessly switches when the role calls for more a demanding presence. I also loved that there is a strong resemblance to Alison Lohman from Drag Me to Hell – not sure if that was a conscious decision during casting or a happy coincidence. Hogan plays the role of a jerk boyfriend really well. So much so that it made me hate his character almost instantaneously. I hope that’s what’s supposed to happen – otherwise apologies, Tom.

The score, composed by Eva Ajbrin, is a vital part of the film and the opening credit sequence with her haunting vocals creates a powerful scene. Ajbrin’s original song ‘Take Me As I Am’, which closes the film, is absolutely beautiful and I recommend checking out the music video (although the lyrics might give some of the film away). In other scenes, the instrumentals help to establish the suspenseful tones but, in some cases, this becomes overwhelming and distracting, even overpowering the dialogue. 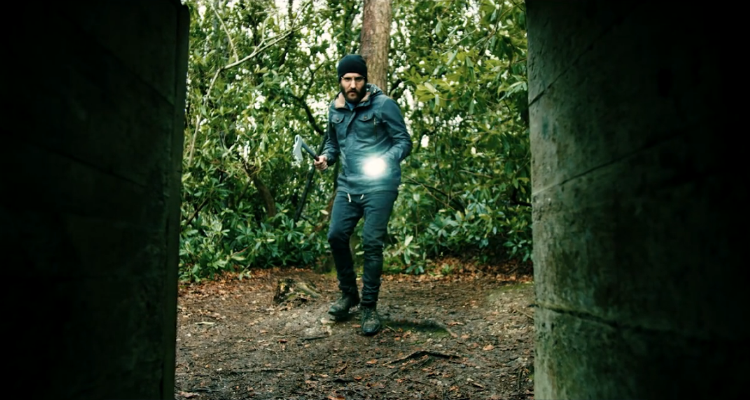 Parker makes great use of his locations, as the camera plays with the open spaces, taking advantage of the beautiful and mysterious woodland while creating an air of suspense and lurking danger. Other, tightly framed shots create dread through their claustrophobic feel. The film is more dark fantasy/fairytale than horror, and it’s these scenes that really help add to the thrilling element.

While The Suppression of Hannah Stevenson is not without its faults, it serves as a showcase of what Parker is capable of with such a low budget and restrictions from the trying times of the past year and a half. He’s definitely a director to keep your eyes on and I’m really looking forward to seeing what he comes up with next.

Keep an eye on The Suppression of Hannah Stevenson’s socials for news of the release, and listen to the soundtrack now.