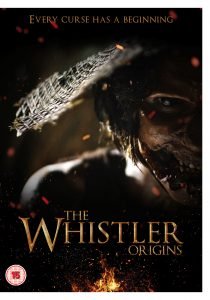 The spectre of male power, and the abuse of that power, haunts Venezuelan director Gisberg Bermudez horror film The Whistler. A film crammed with ideas, perhaps to a fault, Bermudez manages to put together an otherworldly tale filled with shadows and tension that bubble and bristle to a brutal, shocking yet inevitable climax.

The film presents a joint narrative to the audience. One story is the tale of a Father and his disabled son set somewhere nebulously in the distant past, as his misplaced rage and frustration ruin his own life and damn his son to a pitiful and painful existence. In the other, we watch a seemingly more modern Father worry over his daughter’s soul, and her penchant for gore filled drawings that are ominously prophetic. As the film’s narratives unspool, it becomes clear that both stories are linked by a terrifying force for vengeance known as The Whistler.

South America is filled with horrible and bizarre folk stories, from the Brujo and Inbunche to the Encantado and Cuero (off you go down a Google rabbit-hole, I promise you it’s worth it). It is terrific to see a horror movie mine those depths to serve up a new and an original story to the masses. ‘El Silbon’ is a decades old folk story that is told in both Columbia and Venezuela and plays along the same lines as more modern vengeance monster stories such as Pumpkin Head, The Golem and arguably even Anyanka of Buffy the Vampire Slayer fame. A terrifying, seemingly unstoppable creature that can be used to take horrible, bloody revenge on those who have wronged an innocent. 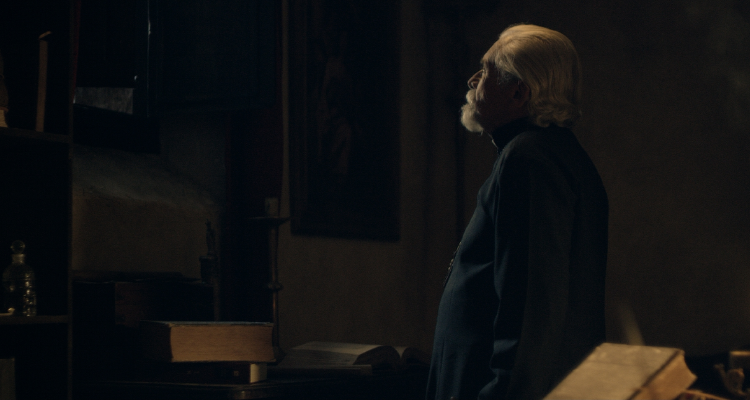 The telling of both the monster’s origin story alongside a modern day return of the creature is a lot to fit in to a film that runs under ninety-minutes. And while the movie is enjoyable and moves along at a steady pace, the lack of time spent with some of the characters can leave some of the later scenes feeling a little hollow. Similarly, the cast all perform their roles well (with Fernando Gaviria as an appallingly brilliant stand-out) but we don’t have enough time with anyone to truly get a feel for their character.

The jump between both stories is also a little messy at times. Without any title cards to indicate the year that we are in or passage of time between the narrative jumps, I will confess to once or twice being confused as to precisely when the scene I was watching was set, and who the characters on the screen were.

The film’s true strength is in its cinematography and composition. It is a truly beautiful movie to watch, from the sun kissed farmlands of the origin story to the dark and moody shots that accompany our modern tale. Director Bermudez and cinematographer Gerard Uzcategui deserve a lot of plaudits for the gorgeous shots that are littered throughout the film. 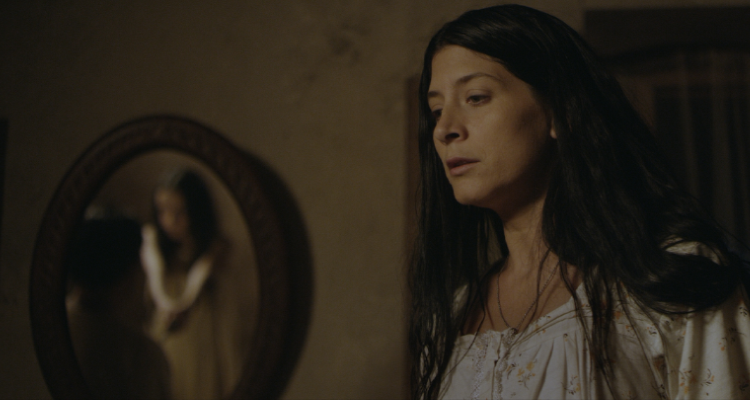 The Whistler maintains a sense of unease and foreboding until it moves into its final stretch, and then the conceit of the story necessitates that we see more of what is lurking in those gloriously black shadows. A third act reveal plays out in grim and uncomfortable fashion but helps to join the dots between the past and the present, with the final image of the film a clever call-back to the themes that seem to be neatly threaded throughout, dovetailing the dual narrative into a cohesive whole.

There is a lot to like in The Whistler, and it certainly feels like Gisberg Bermudez has created a character that is due another outing. Without the necessity of having an origin film to fit within the confines of the script, it would be interesting to see The Whistler unleashed.

The Whistler is available to rent on Amazon Prime