Film Review: The Woman in the Window

Joe Wright is an extremely accomplished director – his past credits include Pride and Prejudice (2005), Atonement (2007), The Soloist (2009), Anna Karenina (2012), and Darkest Hour (2017). Likewise, Amy Adams, Gary Oldman, Julianne Moore and Jennifer Jason Leigh are highly prestigious actors with extensive lists of award-winning films under their belts. 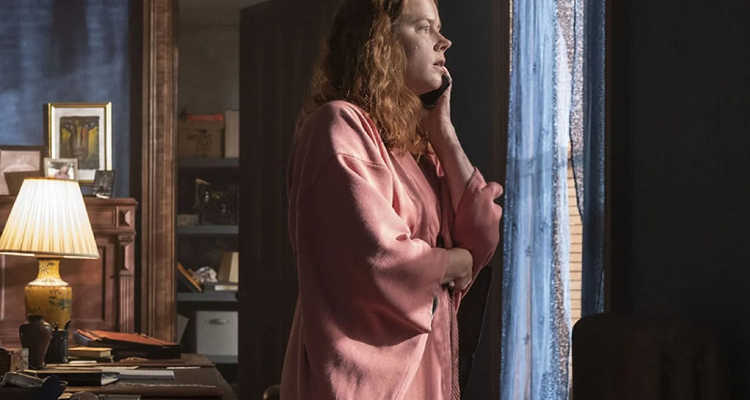 The Woman in the Window brings Joe Wright and these A-list actors together in a Hitchcock-inspired film where a woman who suffers from agoraphobia witnesses a murder, but is unable to convince the police and others around her of her sanity. The question that needs to be answered is… Where did it all go wrong?

After a long wait (the film was set to be released in October 2019) I did not expect that all the film would have to offer was unremarkable dialogue, a problematic plot, and stale and questionable performances that seemed to come straight from the most generic and cliché pulp fictions. Amy Adams saves herself as the film hinges on her ability to play unhinged characters and still keep the audiences’ sympathy. However, she is unable to save the whole film.

The Woman in the Window starts by introducing the protagonist, Dr Anna Fox (Adams), and establishing her routine as she deals with her disorder. She gets her groceries delivered and she receives in-house treatment from her therapist. Her only other source of company is her tenant, David (Wyatt Russell), a short-fused musician/handy-man.

Anna mentions she is a child psychologist, but whether she still practises it is unknown. She spends her days drinking red wine (although not advised with her new medication). She watches films and wanders around her enormous house in her Victorian nightgowns. She suffers from nightmares and finds solace in talking to her child and her husband on the phone, despite them being separated.

During Halloween evening, Anna’s house becomes the target of hate since she didn’t leave any treats for the neighbourhood kids. Whilst trying to keep the children away from her house (without being able to open the front doors because of her overwhelming anxiety), Anna is saved by a woman whom she believes to be called Jane Russell (Julianne Moore) – a woman who has just moved to the house across the street from Anna’s. 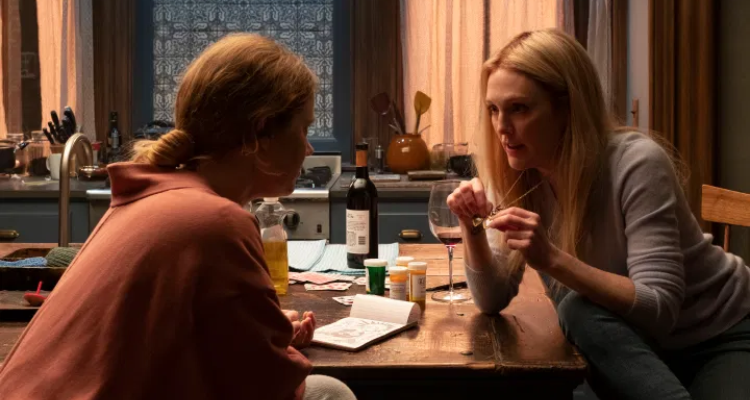 Moore’s character is a free-spirited woman who contrasts greatly with her family – the strict and violent Alistair Russell (Gary Oldman), and their son, Ethan (Fred Hechinger), a shy and meek teenager. Both women establish a friendship as they talk about family and their own personal struggles. They bond immediately and it is this taste of a normal relationship that fuels Anna’s unbridled need to bring to justice the murder she witnessed. When spying on her neighbours, Anna sees Jane having a heated argument with someone inside her house and as Anna zooms in with her camera she is able to see a knife plunged into Jane’s stomach.

What follows is Anna’s fight with the Russells, the police, and her family to prove what she has seen was real and to bring Jane’s murderer to justice. Unfortunately, Wright’s direction and Tracy Letts’s script fail to give life to the gripping turns of the story and they all fall flat.

The indisputable homage to Hitchcock becomes a flat-out copy, where the only difference is the gender of the protagonist.

The Woman in the Window is streaming now on Netflix.