Spencer King’s Time Now is a bruising, haunting and painful affair. A dark thriller-noir that is filled with a heavy atmosphere of doom and foreboding, the film is a difficult exploration of familial guilt and the inescapable hold that the past can have on our lives. 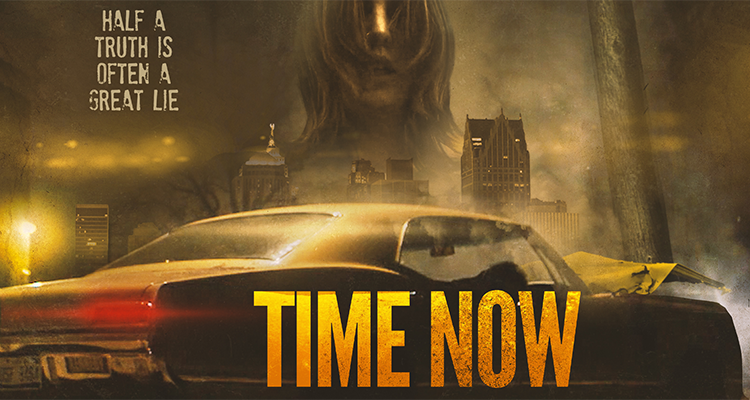 Eleanor Lambert is Jenny, a troubled young woman estranged from her family. Returning to her family home in Detroit following the death of her last surviving triplet, Vincent (Sebastian Beacon), Jenny digs her way into the remnants of her brother’s life, unravelling the events of his final days and finding solace in the friends Vincent has left behind. But Jenny is haunted by portentous dreams of loss and sorrow that drag her further into the mystery of Vincent’s death, sending her down a path that leads to a painful and devastating reckoning that will break her world apart.

Time Now is filled with a heavy atmosphere from the off. The sprawling, urban streets of Detroit provide a weary and imposing backdrop to Jenny’s quest while the colour palate of the film seems drained of life at time, mirroring Eleanor’s spiralling plight.

Director Spencer King delivers a really striking look for the film and makes the most of the Detroit setting. The frequent wide frames, centring Jenny’s car as it travels the streets that claimed her brother’s life, really help to hammer home her increasing isolation; while the imposing, dilapidated structures begin to mirror the psychological state Jenny finds herself sliding into. The dream sequences that drift into the film are gorgeously shot in an uneasy, sweaty haze that really make the audience feel woozy and discombobulated. These moments are filled with a slow-moving dread and horror that bleed into the rest of the film, their ominous content hinting at the dark events to come that are rooted in the truth of the past.

Evan Bishton’s score haunts the frame with a sad and sorrowful melancholy that really adds to the atmosphere, playing in sharp contrast with the urban setting and soulful hip hop music that surrounds the world where Jenny finds herself. 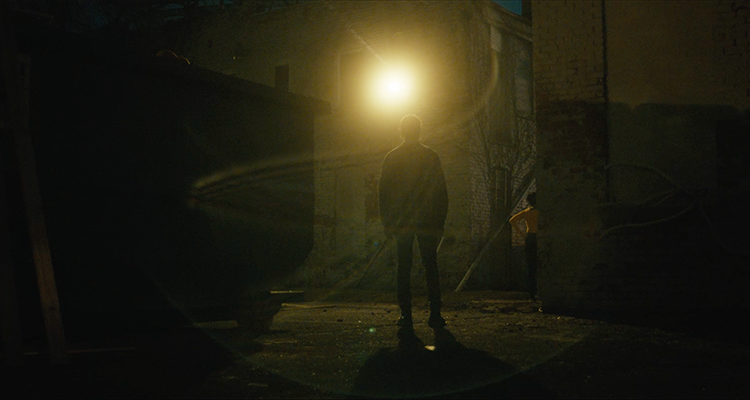 Eleanor Lambert is astounding in the main role. Haunted, determined and lost, her Jenny is a complex and interesting character who holds the slow-moving pace of the story together. Lambert has a magnetic screen presence, and fills the frame with a sympathetic, hardened and dangerous energy that mark her out as a real talent to be watched. Struggling with being the last surviving sibling of triplets, her guilt that she has been unable to save both her brothers from tragic fates informs everything she does. The final moments of the film are a jaw dropping display of Lambert’s range in a deeply moving and ultimately unsettling finale that feel sickeningly inevitable throughout.

The mercurial Claudia Black plays Jenny’s Aunt, Joan. An important role that anchors Jenny back in her home, Black shows a tremendous amount of humanity and offers a solace that Jenny finds missing with her mother. Black here gets to show a different side to her talent; often typecast in genre roles that require big, fun performances, here she delivers a character full of humanity and warmth that is a shining light in an otherwise bleak and grey affair.

The film is not without flaws; the introduction of Xxavier Polk’s Kash feels a little like two different films mashing themselves together when his character first arrives, and the film is definitely in no rush to tell its story. Thankfully, Kash’s performance is terrifically measured and as he and Jenny’s paths begin to cross, the film finds a way to level this out and tie the strands together. Similarly, the slow-moving plot allows us to bond with Jenny’s character and truly understand the mindset that informs the extreme decisions made in the film’s final third.

Time Now packs a dark and painful punch in its ninety-minute runtime. Featuring a real knock-out performance from Eleanor Lambert, the film is black exploration of misplaced guilt and obligation sure to haunt the audience long after the closing credits have run.

Time Now is available On Demand from 26 October.