Kemal Yildirim’s indie film Wastelands is a difficult film to get to grips with.

The story of nervous and lonely waitress Alice (Natasha Linton), we follow her as she struggles through her daily routine of controlled repetition, desperately trying to hold back some unknown trauma. Her nights are spent haunted by a lost love, memories of their passionate embraces robbing her of rest and satisfaction as she goes about her life. Forced to assume care for her terminally ill father (Sean Botha), Alice has to reckon with the pain of her past as she uncovers the truth of who she is just as her former lover, Tris (director Kemal Yildirim himself), reappears in her life. 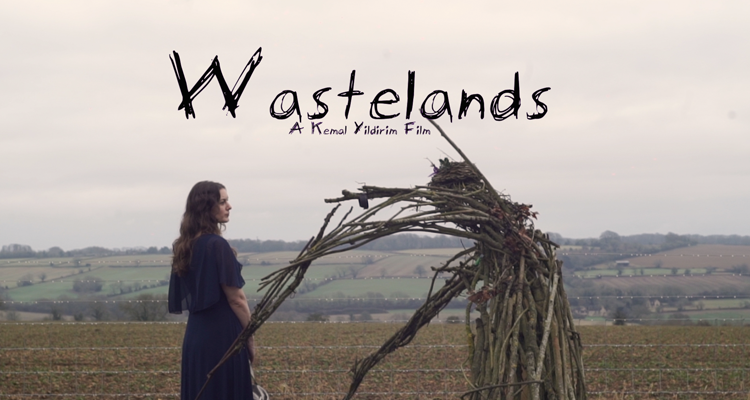 Wastelands stands or falls on the strength of Linton’s central performance; we spend almost every frame of the film in her company and watch as the strain of the world takes its toll on her. Linton gives a measured performance in a role that would be easy to exaggerate, her body language and movement illustrating a picture of a woman in distress. Suffering from obsessive compulsive tendencies, we follow her through her day as she increasingly becomes stuck in a repetitious pattern of suffering, rubbing and painfully scratching at her skin until it is red-raw. Often being the only onscreen presence for large stretches of dialogue free scenes, it is to Linton’s credit that the film remains so engaging.

Being an indie production, the peripheral cast who occupy the characters Alice deals within the coffee shop where she works vary in ability, with some of the performances are so stilted they could be in the circus. Thankfully, after an uneven opening, the film really finds its groove within the confines of Alice’s home when she is thrust into the position of carer for her father. 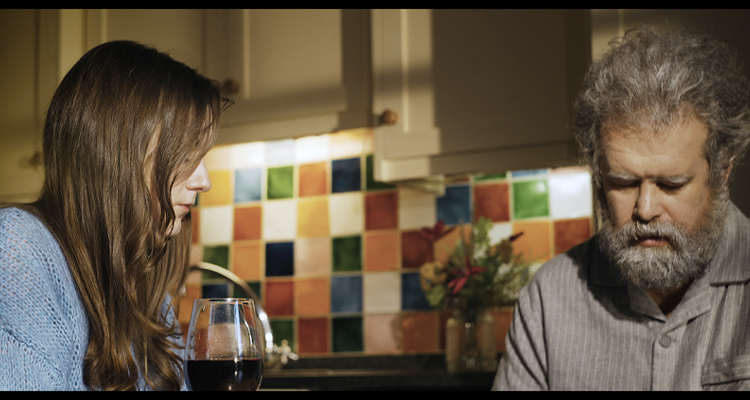 Linton does well to hold the audience’s focus in a story that is both an interesting and muddled affair. While the central drama involving Alice’s confrontation with her ailing father is placed at the film’s forefront, the backstory involving her long dead mother seems ill-plotted and messy. A third act reveal that potentially hints at some supernatural overtones doesn’t land and feels out of place; while an argument could be made that some of this is threaded elsewhere in the tale, the connective tissue is too light to hold the strand together.

Similarly, the romantic relationship between Tris and Alice seems ill defined and unclear. While both actors commendably spark with each other, there is little dialogue to help us feel the characters engage with one another. Whenever a natural moment seems to open for growth between the characters, we are treated to a series of intense sex scenes over and over again; whilst these scenes are fine in isolation, the sheer number of them seems to be a little bit much and ultimately dulls the impact of their inclusion.

Yildirim’s direction is strong and focussed; Wastelands is a dark and atmospheric piece and the direction rises to meet that challenge. At times the film feels sweaty and tactile and Yildirim does a terrific job in making the viewer feel every moment of Alice’s plight. Recurring motifs of spirals and circles subtly run through the film, mirroring Alice in her state of perpetual continuance. The haunting score really brings a lot of flavour to the film, filled with beautiful and melancholy arrangements that match the occasionally brutal tone that lingers in the film. 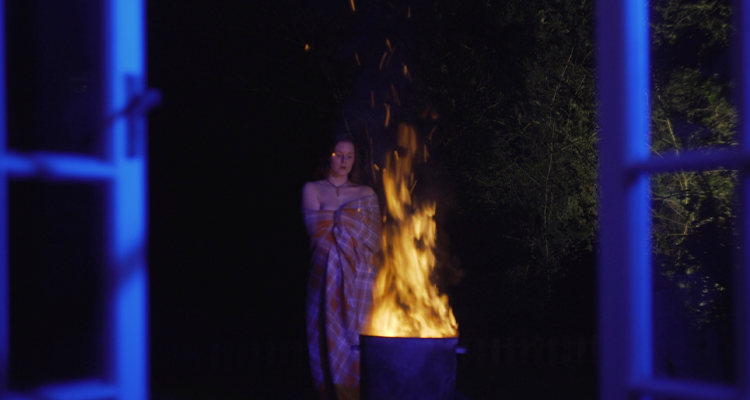 A bold and interesting take on the power that our past can hold over our lives, Wastelands is an uneven piece that delivers a fascinating central performance among the thickets of its patchy plotting. Yildirim appears to be a talented director with an eye for the darker moments of life and is certainly someone who I am interested to see more of moving forward.

Keep an eye on Yildirim’s twitter for news of where you can catch his films.