Film Review: When the Screaming Starts

The modern fixation with mockumentaries isn’t all that modern at all. While the past twenty years have brought us classics of the genre like The Office, The U.S Office, Parks and Rec and What We Do in the Shadows, they follow in the footsteps of classic fare like This is Spinal Tap or even Orson Welles’ War of the Worlds radio broadcast of 1938. They offer a veneer of faux reality plastered on top of the director’s chosen subject allowing for moments of genuine hilarity, pathos and vicarious thrills much in the same way that a well-crafted found-footage film can.

When the Screaming Starts is an indie horror film that grabs the mockumentary format and wrings as much from the well-trodden format as is possible while adding in a healthy dollop of pitch-black humour. 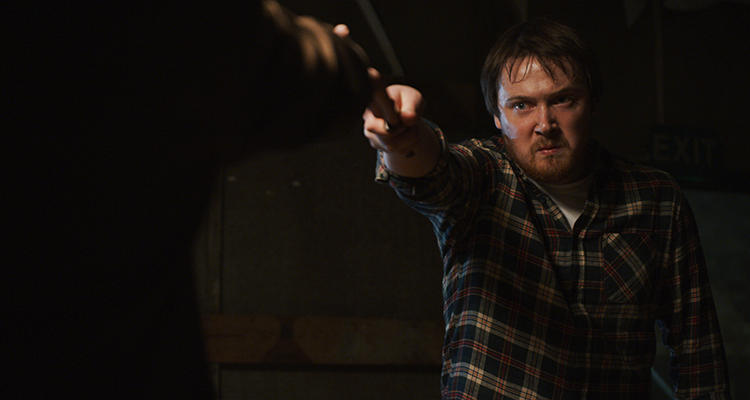 The story of ‘award-winning’ documentary maker Norman Graysmith (Jared Rogers) and his quest to capture on film the career of budding serial killer Aiden Mendele (Ed Hartland). The only problem is, Aiden hasn’t actually killed anyone yet and his serial killer obsessed girlfriend Claire (Kaitlin Reynell) grows weary of his ineptitude. The film tracks both Aiden’s desperate attempts to fulfil his ambitions at any cost, surrounding himself with a make-shift Manson family full of unhinged individuals, and Norman’s dark descent into a world of blood and violence that may change him forever.

It is important to note that When the Screaming Starts is a very funny film. From the off, you know where you stand with the comedy tone of the film; the movie opens with various news bulletins describing a bloody massacre where one of the anchors ominously intones, “When it comes to murder, someone always ends up getting killed”.

The opening act of the film plays out broadly comedically, with Aiden’s attempts at fulfilling his ambition to kill eliciting a few laughs as he is thwarted by a dangerous combination of ineptitude and geese. Ed Hartland is an oddly likeable budding serial killer, his nervous smile and twitchy manner belying a sympathetic soul who doesn’t appear fully cognisant of what he is trying to achieve.  Ed fills Aiden with enough naivety beneath his seemingly sinister plans to retain the audience’s sympathy, giving him an air that is more David Brent than David Berkowitz. 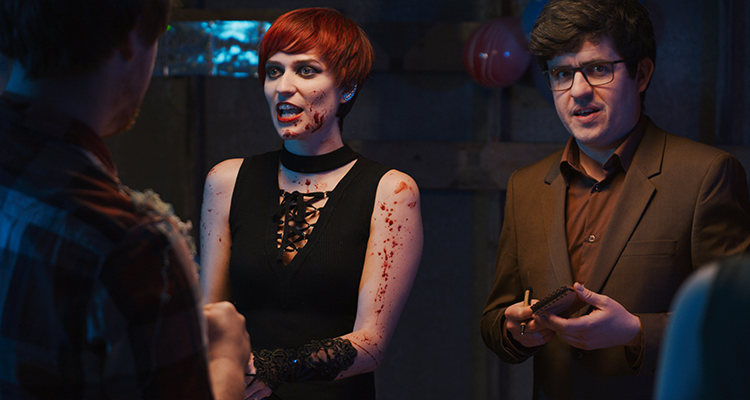 Jared Rogers gets to have a lot of fun playing the role of Norman, a man whose ambition is matched only by his delusions of grandeur. Seemingly trapped in a constant state of befuddlement, Norman is the audience’s guide to proceedings; a rational set of eyes in an irrational situation whose sly looks to camera let us know that yes, this is utterly bonkers. There are shades of Martin Freeman’s Tim or Harvey Guillen’s Guillermo to Norman, a seemingly sane presence in a world of lunacy. As the story takes the film to increasingly darker places, Norman’s character arc is fascinatingly played out as he has to take stock of his own culpability in the grim and grisly business he documents and reckon with just how far he is willing to let his ambition carry him.

The murder-family who are put together by Aiden and Claire are all well cast and really bring a lot of life to their characters; the script clearly sketches out each of the odd and creepy family, but the natural performances speak of actors who have been allowed to grow into their role and really make the best of every moment of screen time. From creepy twins Veronika and Viktoria (Ronja Haugholt and Vår Haugholt), poor confused Massoud (Kavé Niku) and blokey geezer-butcher Jack (Yassen Atour), all of the characters are given their moment to shine.

The film pokes fun at the reality TV format of shows like X-Factor, where Aiden and Claire hold auditions to join their murder cult; at times it feels that all that is missing from some of the ‘to camera’ interview pieces is a sad Coldplay song underscoring the emotion of the scene. Director Conor Boru crafts these moments with an expert precision and a keen eye to detail, a talent that he carries over to the film’s more serious moments.

And boy does it have serious moments.

There is a central set-piece in the film where the very real and grim business that is murder is dealt with head on, culminating in a truly unpleasant, fun, manic and sickening massacre. The film wisely chooses not to shy away from the reality of the moment and delivers a gruesome and bloody slaughter befitting the darkest of horror films. Led by Octavia Gilmore’s Amy (who gives a consistently unhinged and mesmerising performance throughout the film), when the family embark on their bloody business the film becomes as pitch-black as any horror movie I’ve seen this year. 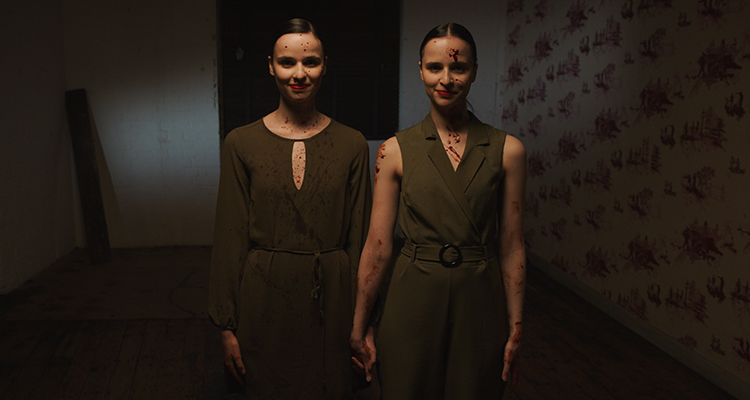 And the tonal shift, while neatly threaded and building incrementally to this moment of darkness, does take the viewer a little time to adjust to and genuinely leaves you wondering if there is anyway to pick up the comedy elements that had so prominently featured before then.

While the film does build towards a dark and unsettling conclusion, it does manage to pull back from the bleak tone to deliver some great gags and really interesting takes on the nature of ambition.

When the Screaming Starts is an exciting debut from Conor Boru; he and Ed Hartland have created a horror-comedy that actually lives up the dual billing of that genre. At times feeling like an episode of Louis Theroux’s Weird Weekends gone wrong, the film deftly walks the tightrope between comedy and tragedy and emerges with a well told tale that will have you laughing and wincing in equal measure.

Check out the interview with the cast and crew of When the Screaming Starts and keep an eye on the film’s Twitter for more news.