The Changeling and The Shining… Connected?

If you like supernatural tales, seek out the 1980 film, The Changeling. It was rather overshadowed by the release of Kubrick’s The Shining in 1981, but both films have a series of coincidences that connect the two films overtly and covertly. 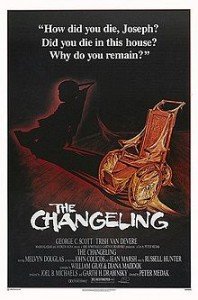 George C. Scott who played the gurning, war-mongering General Ripper in Kubrick’s apocalyptic nuclear war satire Dr Strangelove, plays the lead role in The Changeling. Scott puts in a somber but fine tuned performance as John Norman, who has been recently bereaved of his wife and young daughter.

Norman, a composer, decides to move away from the daily reminders of his grief-stricken apartment in New York and takes a post as a lecturer at the University of Seattle. At the same time he chooses to inhabit a vacant old house owned by The Historical Society.

Supernatural activity begins to escalate daily with banging pipe work, a mysterious tune that Norman composes, later discovering it to be a facsimile of one from a music box, found in the house, culminating in one of the best seance scenes committed to film.

Tension builds throughout the seance scene but the explosive payoff completely blindsides the viewer with a neat confounding of expectations.

One supernatural phenomena that draws in the audience and is a key plot point involves the appearance of a child’s toy. I’m not sure if this was a trope in supernatural stories of the time or if Kubrick “souvenired” this. (Souveniring was the name Kubrick gave for stealing things from other films, the way G.I.s did from their dead foes in the Vietnam war.) A toy ball rolling into a scene, propelled, presumably by a ghostly presence,  appeared in The Changeling, a full year before The Shining‘s release.

Another other connection to The Shining lies with another key cast member of The Changeling, that of Melvyn Douglas. Douglas appeared in Being There with Peter Sellers, again another Kubrick stalwart from Strangelove. 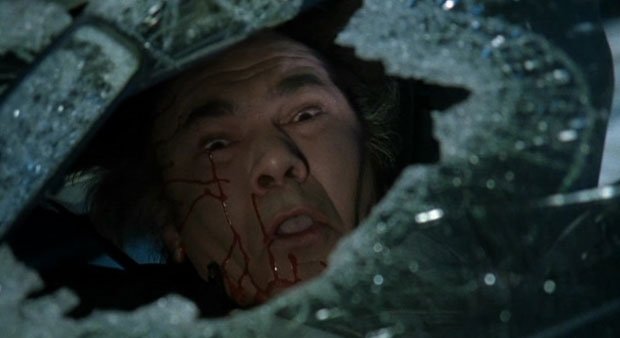 Despite the tenuous Kubrick connections, this is a very different film to The Shining. The Changeling does rely on the tropes of the “spooky old house” film with plenty of cobwebs and dark corners that Kubrick eschewed in his brightly-lit hauntings.

That is not to say that this film, directed by Hungarian emigre Peter Medak, is an unintelligent piece of film making. It is a smart, atmospheric film without a slashing madman or scantily clad screaming teenager that later came to dominate the genre.

It is a grown up story with a ghost that initially seems malevolent, but reveals itself to be one that is calling for a past wrong to be corrected.