Another year, another FrightFest. And, for me, possibly my last one… ever. You see, I am moving to Australia later this year and I had such a blast at last year’s FrightFest (my first ever) and at Glasgow in February that I knew this would be the perfect way to say goodbye to the UK with my equally horror-obsessed bestie.

Travel and accommodation sorted months ago, I was sat with the rest of you at 11.55am on Saturday, poised over my keyboard to buy the equivalent of a golden ticket to Willy Wonka’s chocolate factory. A harried 15 minutes, crashed payment screen and several attempts later, I breathed a sigh of relief as my ticket popped into my inbox. I am going to Frightfest!

This year’s line-up is an eclectic, mad, gory, bloody, outrageous, horror-ific mess… and I can’t wait. We’ve been told that there are still some films to be announced as well as special guests, events and surprises (colour me intrigued) but I have waded through the films currently on offer and found the 5 films I can’t wait to see: 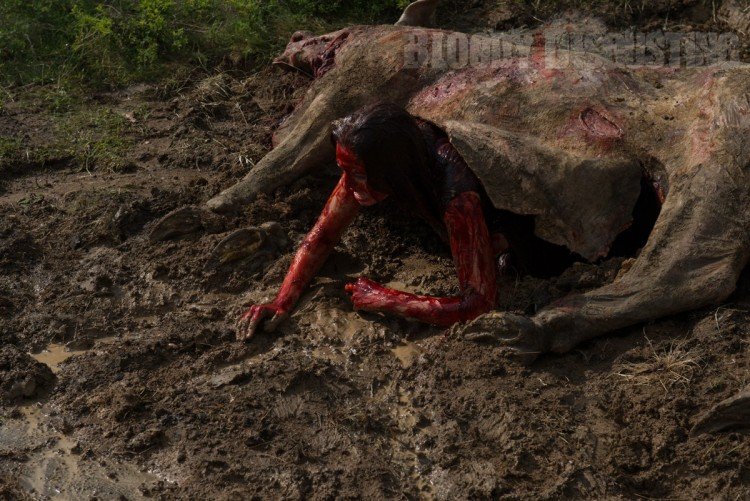 Four teenagers escape a mental institution and take a kidnapped nurse on an insane road trip with a revenge-stricken lawman hot on their tail. Along the way, one of the teens experiences personal horrors that turn him into the terrifying monster we now call Leatherface.

I love The Texas Chainsaw Massacre and all sequels/prequels/remakes/etc. that have followed. Full of cannibalism, carnage, blood and hysterical teenagers, there is much to love and enjoy from each film. Even the remake, if you can get past the many horror clichés.

This is number one on my list (it would’ve been Cult of Chucky but I’m not there on the Thursday so will miss Brad Dourif. Sniff.), as I love the originals and become ridiculously excited when we get a sequel/prequel to any of them!

TO HELL AND BACK: THE KANE HODDER STORY

This documentary covers Kane Hodder’s life, from his traumatic childhood to his horrific near-death burn accident to becoming one of the most talented, popular and imaginative men in horror and Hollywood.

I am a huge fan of Kane Hodder. Like everyone else he is Jason Voorhees to me, and I thought that not casting him in the Friday the 13th remake was beyond idiotic. He appeared at HorrorCon UK last year and I was lucky enough to ask him a question in the Q&A, witness him taking the mick out of Doug Bradley and addressing his fans in a Scottish accent. Why? Because that’s who he is. He is a really nice, likeable, fun man who treats his fans like gold dust.

This documentary features interviews with the best in horror (e.g. Robert Englund, Sid Haig, Bruce Campbell, Danielle Harris, Adam Green, Bill Moseley, etc.) who speak so highly and respectfully of him. This is going to be a high point of the festival. Especially if he’s there in person. Please let him be there in person!

THE TERROR OF HALLOW’S EVE

After 15-year-old Timmy Stevens is beaten up on Halloween, he unwittingly unleashes the evil spirit of the Scarecrow whilst carving a pumpkin. Soon, this supernatural spirit is unleashing all of Timmy’s darkest desires upon his enemies.

A film that has the tag line “based on true events” always catches my attention, especially when the film in question is about an evil scarecrow spirit. I don’t know much else about this film other than the cast (many of whom I don’t recognise), but it’s going to be great going into this screening with no expectations. Other than the fact it’s my last film of the festival due to having to catch a train home, so no pressure guys.

Seven people discover and decide to play an electronic board game, which pricks their fingers and takes drops of their blood. A message flashes on screen advising them to kill 24 people before one of them is randomly killed – by their head exploding. Let the madness commence…

I’ve chosen this film as the write up describes it as “Jumanji meets Battle Royale” and after the horrendous trailer for the Jumanji sequel (I’ve loved the original since I was a kid), I need something to wash away the bad taste in my mouth. And this is it.

I love the premise of this film. It reminds me of last year’s Beyond the Gates and how the basis was video board games such as Atmosfear, and I want to see if the head explosions can match those in David Cronenberg’s Scanners. The trailer also looks utterly bonkers and there is so much blood and gore, it kinda makes you want to play the Game of Death for yourself. But I won’t. Promise.

Six strangers take part in ‘Slasher Sleepout: The Ultimate Horror Movie Experience’, combining camping, a haunted house and an escape room into one extreme 36-hour event. Alexandra – not a horror fan – is reluctantly accompanying her boyfriend, and has to find her “final girl” inner strength to make it out alive as the experience turns deadly.

Every Halloween, there are dozens of pop-up horror mazes, attractions and events that are slowly becoming scarier and, potentially, more dangerous. Just as we are becoming more accustomed to films that push the boundaries of horror and violence, I believe that these yearly attractions will have to become more grotesque throughout the years to keep up with demand.

This idea is exactly what this film is playing up to. Not just a slasher, I believe this film will have us thinking about how de-sensitised we have become as a horror audience. When does the fun stop and the reality begin? We are in for a wild ride.