FrightFest: The 5 Films I Can’t Wait To See

This year, for the very first time, I am heading to FrightFest. And to say I am excited is a massive understatement. I know as a big horror fan it is sacrilege that I have never been before, but hopefully this will become an annual pilgrimage for me.

Buying a ticket was absolutely nerve-wracking. Watching my chosen seats disappear before my eyes is never easy. I actually ended up blind-clicking two seats, which luckily I managed to purchase. I actually managed to get seats in the Horror Channel screen, which have turned out to be spitting distance from some of my fellow London Horror Society writers. It will be great to finally meet you folk in person!

So, now the stress of buying tickets has gone, I can focus on the goodies this festival will bestow upon us. After studying the schedule diligently, here is my FrightFest preview, detailing the 5 films I’m most excited to see.

Rob Zombie is back with another original horror film. This time, 5 carnival workers are kidnapped and sent to play a game called 31 in the beautifully titled Murderworld. They must try to survive the night being hunted by vicious characters such as Psycho-Head and Sex-Head. What, you expected the residents of Murderworld to be called Nigel and Clive?

I have been eagerly anticipating this film ever since I saw the first artwork stills. I think Zombie shines best when he brings his own original horror ideas to life, and The Devil’s Rejects is actually my favourite horror film. I also thought that The Lords of Salem was genuinely unsettling — a complimentary nod to the Hammer horror genre, and for me Sherri Moon Zombie has never performed better.

I love that Zombie doesn’t compromise when it comes to scaring the hell out of his audience and in today’s studio-obsessed world of the family-friendly cinema experience, isn’t afraid to have an 18 certificate slapped on his films. 31 promises to bring savagery, debauchery and sadistic clowns to this years’ FrightFest, and I simply cannot wait to be terrified.

Adam Wingard’s film has a simple set up: a group of college students go on a camping trip that quickly becomes a nightmare when they discover they are not alone.

I saw the trailer for this film at a screening of The Conjuring 2, and was ready to dismiss it as I am not a huge fan of found footage films. But when I heard Brad Miska (founder of Bloody Disgusting) called it “One of the scariest movies ever made”, I immediately sat up and paid attention.

Wingard is a brilliant director, and has given the FrightFest crowd such horror gems in the past as You’re Next, The Guest and segments in V/H/S and V/H/S 2. Not a lot is yet known about this film, which is a rarity in this business and is making my imagination work overtime trying to figure out exactly what kind of evil might be hiding in those woods… 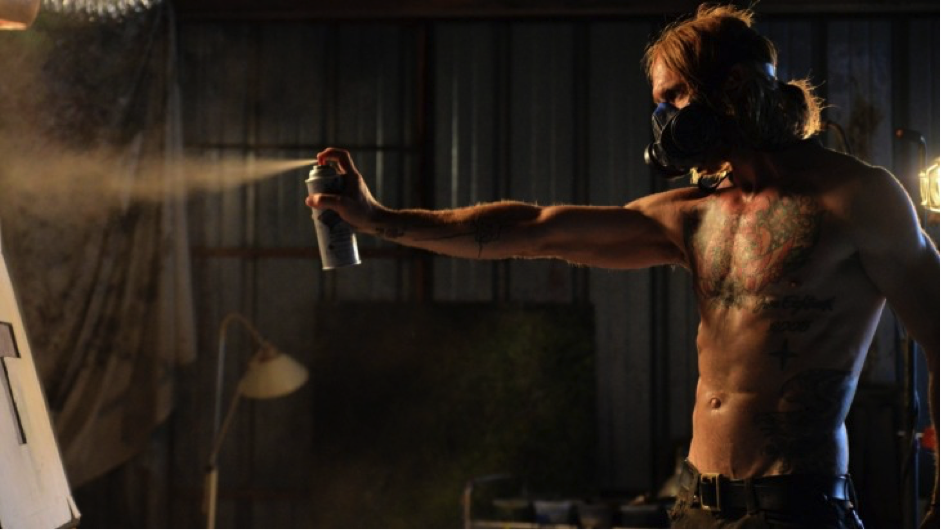 An unfulfilled artist moves his wife and daughter into a rustic Texas home with a violent past. Soon his paintings become darker and disturbing. Then former tenant, Ray, appears on his doorstep wanting to move back in, unleashing a shocking chain of events.

Sean Byrne directed the magnificent The Loved Ones, my favourite Australian horror film, so I know I have to check out. It sounds like it’s a similar premise to The Amityville Horror, but with oodles of heavy metal music, tattoos and suitcases full of nasty surprises. What’s not to love about that?  I’m sure the majority of the FrightFest crowd will agree.

A family celebrates their last Christmas together before the mother sells up and moves away. The celebrations are cut short by the arrival of a mysterious, disfigured stranger. Upon inviting him in they soon realise their mistake as hidden secrets are unearthed and blood begins to pour.

As I mentioned above, I love Australian horror — they do it so well! And if you throw in Craig Anderson and genre veteran Dee Wallace, you surely will end up with one hell of a horror film. I love Christmas horrors, my favourites being the original Silent Night Deadly Night and the underrated Krampus. Suspiria-style Red Christmas is exactly the kind of horrific delight I would love to find under my Christmas tree.

Night Of Something Strange

When a film is mentioned in the same breath as Braindead, Friday the 13th and Return of the Living Dead, you can’t help but be intrigued. Throw in monster genitalia and fanged orifices, and you’ll either be horrifically disgusted or, if you’re like me, utterly compelled. Good horror comedies such as Shaun of the Dead and Tucker and Dale vs. Evil are gold dust and I am always on the lookout for a new one. Night Of Something Strange looks like it might just make the cut.