How Get Out Has Changed Horror

In February of last year, we were presented with a game-changing horror film that drew attention not just to the genre, but also to issues regarding race in the United States. Get Out was Jordan Peele’s directorial debut that smashed box-office expectations, and proved that a low-budget horror film with a black leading man could be a worldwide success.

Upon its release, Get Out was praised by critics and audiences alike for being an entertaining film with relevant socio-political commentary, especially when you consider the current climate. This is not a new tactic in horror per se, but it’s perhaps underused and often forgotten now. 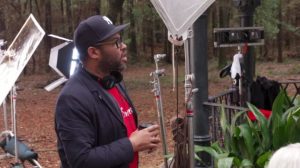 Regarding horror conventions, the film does something we almost never see in a horror films  – it puts a black character as the protagonist.

Of course, there have been other films that have done this, including George Romero’s Night of the Living Dead, which Peele has stated to be an inspiration for him, but it is certainly not the norm.

However, despite the almost universal acclaim, it was expected that Get Out was going to follow the path of similar head-turning horror films of recent times, namely The Babadook (2014), It Follows (2014) and The Witch (2015), that despite being critically successful, were ignored during the awards season, especially by the Academy.

Nominations for Best Sound Mixing, Makeup and Hairstyling, and Visual Effects are perhaps more common amongst horror features, but Best Director or Best Picture nominations are seemingly more difficult to come by. 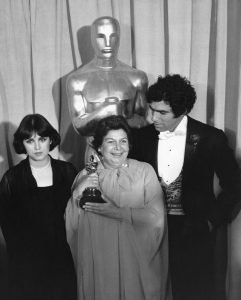 Horror films have been around since the beginning of cinema but they have often been ignored when it comes to its real significance and place in cinema history. In 1940, Hitchcock’s first American film, Rebecca, took home the prize for Best Picture, and although it wasn’t a horror film, it certainly made the Academy aware of the genre.

In 1974, The Exorcist was the first horror film to be nominated for Best Picture, and moreover it was nominated for other nine categories, including Best Adapted Screenplay and Best Sound Mixing, which it won.

A couple of years after, in 1976, Jaws received multiple Oscar nominations, including Best Picture, but the Academy ignored Steven Spielberg’s directorial performance and didn’t nominate him for Best Director, proving once again the Academy’s resistance to fully acknowledging horror’s importance.

Nevertheless, Get Out has shown that not all hope is lost for the relationship between horror and the Oscars, and has been nominated for Best Picture, Best Director, Best Actor in a Leading Role, and Best Original Screenplay, making Jordan Peele the third filmmaker to receive the three big nominations on his directorial debut.