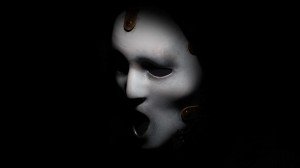 Wes Craven’s iconic slasher franchise Scream, is being revived with a TV series, although big changes have been made to some of the most recognisable features seen within the films. The most daring change is that of the Ghostface killer mask, that even if you haven’t seen Scream, you’ll know the one.

The TV show have taken a different approach and decided to revamp the mask in order to portray a more modern version of the story. As a self-proclaimed hater of Scream, I don’t have many feelings towards the TV series, however I think the new mask if far more ominous and creepy than the comical first mask.

Scream TV series is being produced by Wes Craven and will star Willa Fitzgerald, Taylor-Klaus, Bobby Campo, Connor Well and Joel Gretsch. The show will premiere on June 30th 2015 – so keep your eyes peeled. 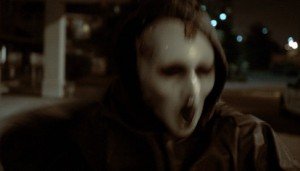 Synopsis:
When a young girl is brutally bludgeoned through a crime of passion, the gory death is uploaded to YouTube and unmasks the deadly and secretive past that the town of Lakewood holds. Audrey, along with her two nerdy best friends, has to deal with her own secrets being exposed after a horrendous bought of cyber bullying. Meanwhile the sheriff and medical examiner try to figure out why the killing spree has started and how it’s connected to the town’s history.