Stop me if you’ve heard about this one.

A single mother with two daughters, both of whom are claiming that their house is haunted by an insidious entity.

Paranormal investigators visit to figure out the truth.

Oh. And it’s all happening in London.

If the Enfield Poltergeist case comes to mind, it’s not quite what I’m talking about.

But it’s an inspiration for the 1992 mockumentary, Ghostwatch. 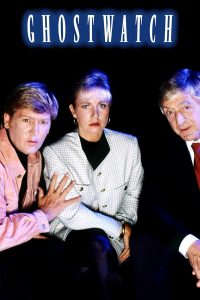 This little gem of a television film was only broadcast once on BBC1 on Halloween night in 1992.

It was brought to my attention by my friend a year ago.

He kept trying to get me to watch it with him and finally, this past Halloween season, he succeeded.

We sat in the dark and watched this ‘event’ unfold in, what felt like, real time.

I lost all sense of reality watching this little film that is as old as I am.

But I’m so thankful I watched it.

For me, when it comes to horror, I’m always looking in the background or behind characters to see if anything scary is happening.

With Ghostwatch, there definitely is.

Shadows moving in the corner, a figure standing behind the curtains (but they’re about as hidden as Kim Kardashian’s bottom in a thong), and if you can listen very carefully, hidden voices in the audio.

The reason why I’m so enthralled with Ghostwatch is because it pulled out all the stops.

Nothing was too cheesy or random, and I think maybe that’s what helped get its cult following.

What I also love about it is the cast. 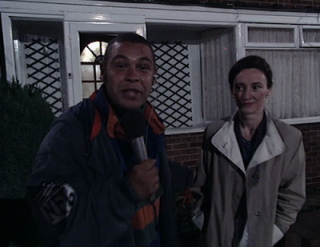 The film takes all these popular BBC journalists and personalities and throws them into a weird and supernatural situation.

It makes it feel more real.

As I’ve researched more into Ghostwatch, and the world it built, I’ve discovered some awesome and some terrible things.

It’s been rumoured that Ghostwatch inspired the cult classic The Blair Witch Project, and had tie-ins with the Doctor Who episode, Army of Ghosts.

But what really got my attention, is the quasi-War of the Worlds reaction it got when it first aired, which included people frantically calling the BBC, PTSD in children, and even a death!

I know I’ve already said how real it all feels and how I love that aspect of it but on the other hand, after reading about everything that happened, and all the people that this tiny film affected, it wouldn’t have hurt to put at least one disclaimer that it wasn’t real.

And that was probably 98% of why it only aired once. 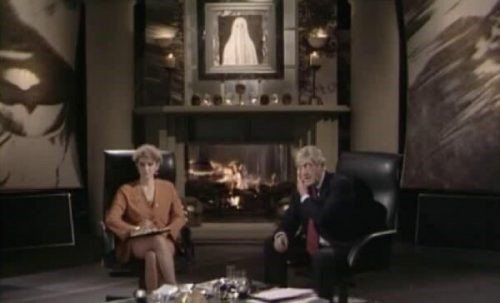 Ghostwatch also got a novelised sequel that the creator, Stephen Vick, wrote entitled ’31/10′.

I’ve read it and found it to be just as entertaining as the film.

And I promise that if you’ve seen Ghostwatch and loved it as much as I did, you won’t be disappointed by this 14-page sequel that I kinda wish I’d written.

So, the bottom line is that Ghostwatch is underrated and I wish more people talked about it.

I hadn’t heard about it until a year ago, and it’s created a new excitement in horror for me.

I grew up watching BBC America, and to go back to that time and place and be introduced to something new and incredible puts a ball of warmth in my chest.

In fact, watching Ghostwatch makes me feel like a seven-year-old again staying up past her bedtime to sneak in some extra TV.

And that’s all that I can ask for from a 26-year-old British television film.

(I dedicate this article to my friend, Dave, who is currently battling a strep throat).