The amazing team at FrightFest return to take over part of Glasgow Film Festival in March for their 16th year, presenting a selection of amazing and unique horror films from across the world.

Running from March 10th to 12th, the team will present twelve films from a diverse array of filmmakers that are sure to excite, delight, horrify and entertain over the weekend.

Attending the festival for The London Horror Society will be Hugh, and below he previews a few of the films that he is looking forward to most.

Kicking off Friday’s festivities is director Conor McMahon’s Let The Wrong One In.

Horror-comedy is a difficult genre to get right; veer too far in either direction and you find that one half of the mix is undermined by the other. But when they hit the mark just right they can be an absolute riot, especially in an excited and hungry festival crowd.

Let The Wrong One In is a vampire comedy film that seems to be aiming for the same tone as Shaun of the Dead and stars genre royalty in the wonderfully talented Anthony Head (Buffy The Vampire Slayer).

The plot sees Matt’s (Karl Rice) older brother Deco (Eoin Duffy) return home sporting a fetching new set of fangs and a lust for blood. Matt must decide how far is too far to help his sibling adjust to his unique new situation in life while weighing up the rights and wrongs of vampire life.

Having already garnered positive buzz from its screening at Fantastic Fest last year, I am hoping for a crowd pleasing opening to the festival that sets the tone for the quality of films on show. 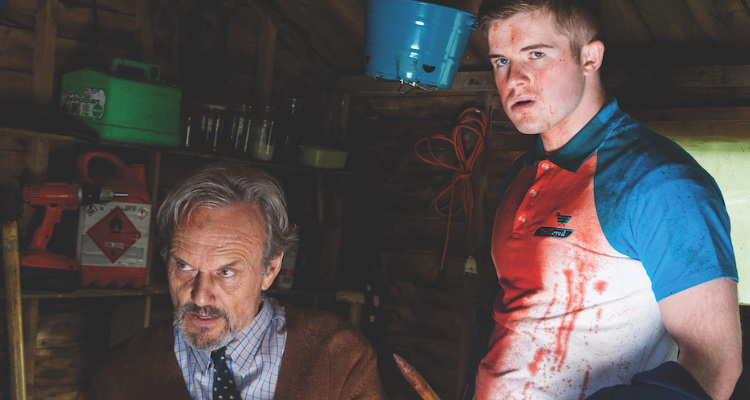 The debut feature film from director Sebastian Godwin, Homebound looks to be a chilling, slow burning tale that echoes horror classics like The Innocents.

Starring Tom Goodman-Hill as Richard, a divorcee who is taking his new partner Holly (Aisling Loftus) home to meet his children for the first time. At first all appears well in the family home, but an otherworldly strangeness seems to be infecting the house as the kind and welcoming children slowly begin to adopt a more threatening, menacing tone.

This one looks to be tapping into all of my favourite creepy beats and adding another couple of scary children to a long line of creepy little bastards in horror is no bad thing at all. 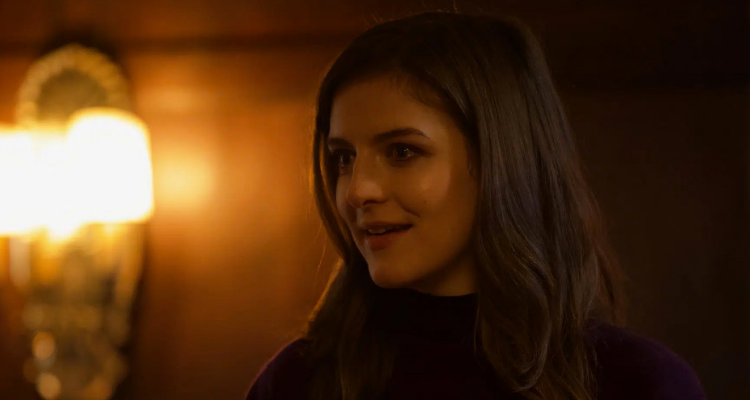 Having seen the trailer for You Are Not My Mother a couple of months ago, I have been eagerly awaiting a chance to see the film. The trailer is absolutely dripping with dread and filled with an ominous energy even in the brief snippets.

When Angela (Carolyn Bracken) returns home after an unexplained absence, her teenage daughter Char (Hazel Doupe) is convinced that something is very different about her mother. What appears to follow is terrifying ordeal where the family home is torn apart and tortured by an interloper with devious and dangerous intentions.

Rooted in Irish mythology and with ladles of ominous folk-horror, You Are Not My Mother looks to be one of the Festival’s scariest films.

Mountain climber Kelly (Brittany Ashworth) captures the murder of her friend Sophie (Anais Parello) on camera by four men that they had met earlier on their rock-climbing trip. Having been seen by the murderers, Kelly must escape them in the only direction available to her; the 10,000-foot rock face ahead of her.

Pursued in a deadly game of cat and mouse rising into the frozen heavens, Kelly is pushed to the very limits of human endurance as she attempts to survive.

Looking like Cliffhanger meets Deliverance, The Ledge looks an enormous amount of fun. An antidote to the supernatural terror of some of the other films on offer, The Ledge really exemplifies the range of horror on offer at FrightFest.

One of the most beloved genre stars returns to her horror roots as Christina Ricci stars in Chris Siverston’s Monstrous.

Getting its World Premier at FrightFest, Monstrous looks to be a deliciously dark tale about the lingering trauma of abuse and the past’s iron clad grip on our present. The trailer is full of strikingly surreal imagery and an ominous foreboding that really spark the imagination and whet the appetite for what is to come.

Ricci stars as Laura, a doting mum who has run from an abusive relationship, taking her seven-year-old son Cody (Santino Barnard) with her. Her new home by the lake seems to be idyllic and safe from the reach of her husband, but comes with its own supernatural problems; when darkness falls, something in the lake stirs, hungry for human contact.

Monstrous appears to be a horror-story with a deep psychological edge in the vein of The Babadook, and with an actress of Ricci’s talents in the main role it is arguably the film I am most excited for in the festival.

Director Chris Siverston (The Lost and All Cheerleaders Die) is a bit of a veteran of the FrightFest circuit and is always a talent whose work is worth getting excited for.

See the full line up of films and grab your festival passes at FrightFest.co.uk