We’re in something of a golden age of horror comics. Rodney Barnes’s Killadelphia and Rob Guillory’s Farmhand being my select delicacies from current titles. At this year’s Grimmfest, Hellbound Media had a stall packed with independent horror comics—did I partake? Of course I did, I’m only human. 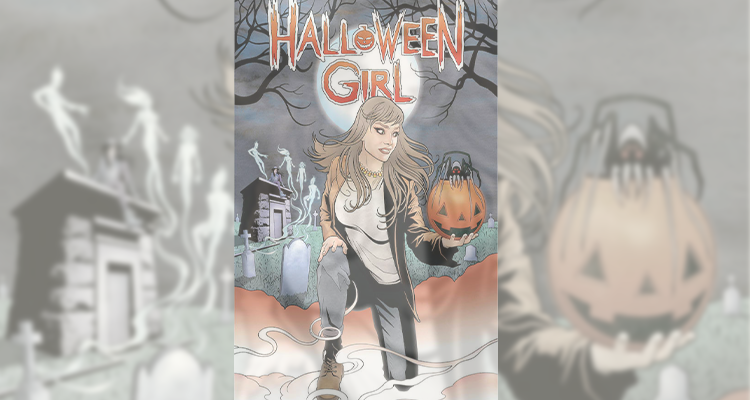 The horror graphic novel we’re looking at here, Halloween Girl Vol 1: Promises to Keep, is a continuation and development of the world of the award-winning short film The Halloween Girl. This follows the story of Charlotte, ten years after her death on Halloween, and her battle against The Hollow.

What I find most impressive about Halloween Girl Vol 1 is the ambition of it. Filmmakers like Richard T. Wilson (writer/director of the original short and writer of this comic) and the team behind Zombie with a Shotgun are not content to stick to one form of media and are building sprawling, ambitious worlds for their creations. 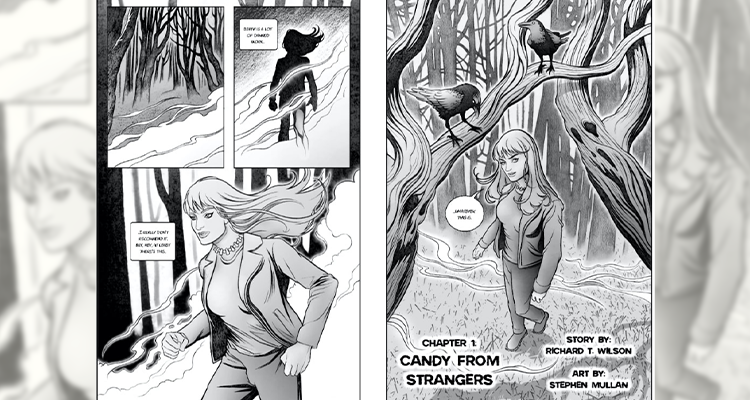 You don’t need to have seen the original film to take on Promises to Keep—although I’m sure that the added context would enrich the read. The artwork from Stephen Mullan is good, reminding me of the artwork from The Amazing Mary Jane (but black & white and by way of The Chilling Adventures of Sabrina).

In Halloween Girl Vol 1, Charlotte finds herself defending a child being picked on for his spider Halloween costume. The child takes Charlotte to his house and…well, I was put in mind of the long looping corridor of Silent Hill P.T. Unfortunately this highlighted what I felt was lacking from the comic. Tension. There’s potential in Promises to Keep to create a sense of unease and tension, of getting the reader to have that “Don’t do that!” moment familiar to lovers of horror when a character goes somewhere we just know they’re going to regret entering, but it isn’t quite pulled off. 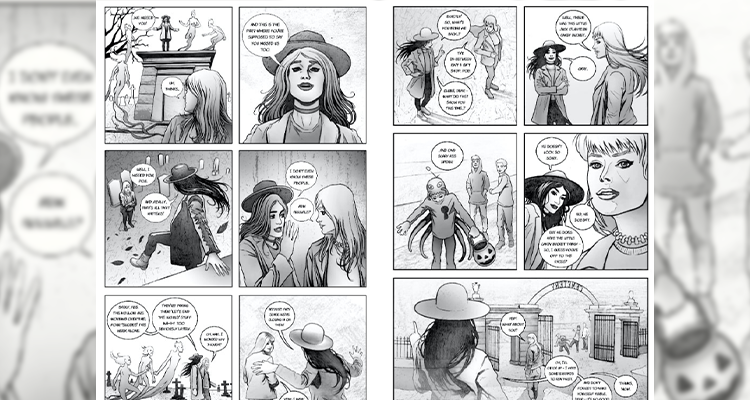 The attempt in such a build is there, but it’s not given enough time to really ramp up. Essentially it’s a matter of pacing and of almost being a really good horror comic.

Charlotte is a character with a great deal of scope and potential. There’s enough on the page and in the world that Wilson has created to make me want to read on, but it will be with hope that the pacing is more effective in later issues.

Halloween Girl Vol 1 is available now and keep an eye out for Vol 2 early next year.