When I reviewed Halloween Girl Vol 1 I spoke about the golden age of horror comics that we’re living in. This is a blessing and a curse. A blessing for those of us who love to read them and a curse for those who create them. While we lucky readers have a smorgasbord of horror delights to choose from, the creators of horror comics have an incredibly high standard to work against. 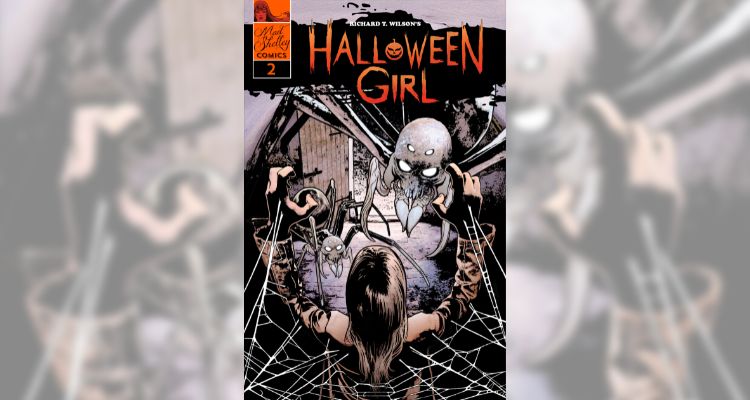 If this sounds like I’m sharpening knives for Halloween Girl Vol 2, I’m not. Over the course of these two volumes, Richard T Wilson is doing something ambitious and exciting. To take a story you’ve created on film – 2016’s The Halloween Girl – and to develop this complex world in comic book form is the sort of ambition you want filmmakers to show.

Stephen Mullan’s artwork, as in Vol 1, is great. The spiders we met at the end of the first volume are beautifully creepy. As will Vol 1, I’m put in mind of The Amazing Mary Jane via Chilling Adventures of Sabrina and I think the further into this world the comics go, the more Mullan is going to have to play with.

Just as I still enjoy the artwork, my problems with Halloween Girl are largely the same for Vol 2 as they were for Vol 1.

The pacing feels off to me. The shifts in the story are sudden and occasionally feel like jerky gear changes when you’re learning to drive. Following this analogy, sometimes the shifts are smooth and the manoeuvre works – but the jerkiness makes it difficult to get caught up in the story.

It’s the same for the exposition. While there’s plenty about the world of Halloween Girl to absorb you, it would be better served woven throughout rather than doled out in chunks that contributes to the issues with the pacing. 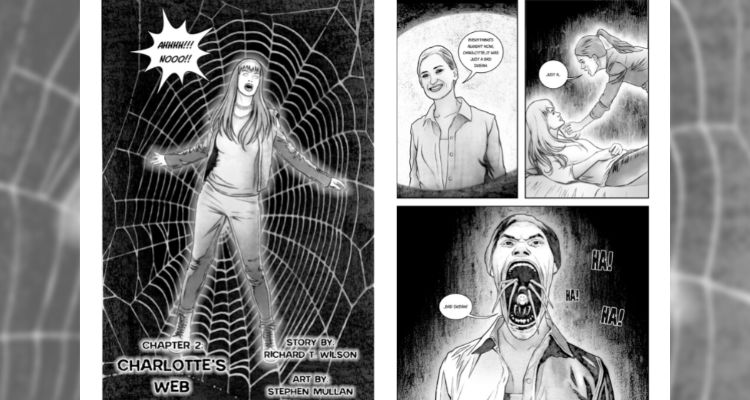 It’s possible that if Vol 1 and 2 had been combined, some of the pacing problems might have been resolved, but as it is the story comes out in fits and starts.

Pacing aside, I find myself a little confused about who Halloween Girl is aimed at. It doesn’t have fangs sharp enough to appeal to fans of something like Killadelphia or the short sharp shocks of something like Shock Value’s Giallo anthologies, but the odd “bitch” and “bastard” in the dialogue makes it feel too adult for a younger audience. Ultimately you’ve got something that falls somewhere in between and uncertain of who the target audience are.

Both Halloween Girl Vol 1 and Vol 2 are available now.