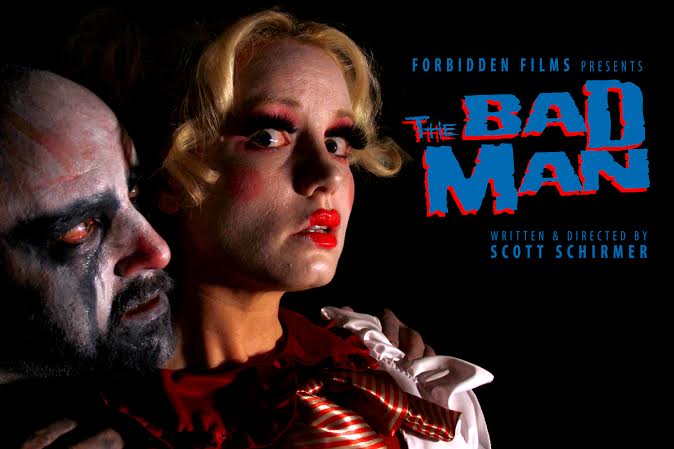 As you all know I fucking adored both Found and Headless because they really did fulfil all my needs in the horror film department. They were nasty, disgusting, brutal and downright horrible, but that’s what made them the perfect modern take on exploitation horror. Forbidden Films, consisting of Scott Schirmer, Arthur Cullipher, Leya Taylor and Shane Beasley, is the megamind behind these films and they’re back with their latest endeavour The Bad Man.

The powerful Found came from the talented mind of Schirmer; and his perturbed vision is behind this equally extreme film. The film focuses on “a young couple, Mary and PJ, who are kidnapped in their own home by a suicidal clown who plans to sell them as sex objects — a doll and a dog — to a cult of wealthy deviants. Before they can be sold, their spirits must be broken. Mary holds onto her humanity through trial after trial, desperately looking for a way to escape her torment and rescue PJ from his own madness. The film is about human dignity and the terrifying loss of it, as well as the valor of reclaiming it.” 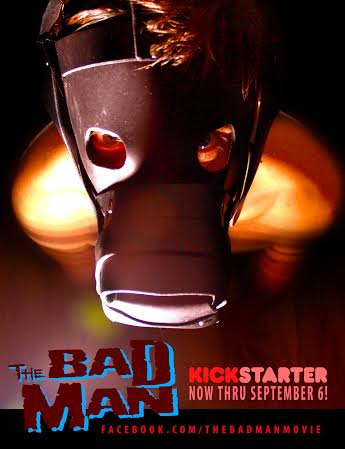 I previously spoke to Shane Beasley about his role as the notorious beheader in Headless and he mentioned how Forbidden Films create these stories from their own passion for the genre, and therefore are movies created for the fans, by the fans – and that’s why you’ll want to see this monstrosity. Clowns are up there in my list of nope’s, so viewing the torment of a couple forced into sex slavery by a depraved child’s entertainer makes me nauseated yet ecstatic. Cullipher, who directed Headless, will take on the role of said clown, meaning we’ll be given a genuinely insane and unforgiving character.

Pair all those Pennywise vibes with Beasley’s outstanding special effects and Taylor’s impressive producing, and there’s no doubt that The Bad Man will be as uncomfortably pleasurable as their previous features. If you want to make this happen as badly as I do, then head over to the Kickstarter page to help out! Not only will the sadism be brought to life, but you can also grab yourself some bloody awesome goodies, what’s not to love.