An examination of the genre-essentials of horror

So what are the essential elements? What is it that makes a horror a horror?

The following will be my attempt to dissect the core DNA of horror…. 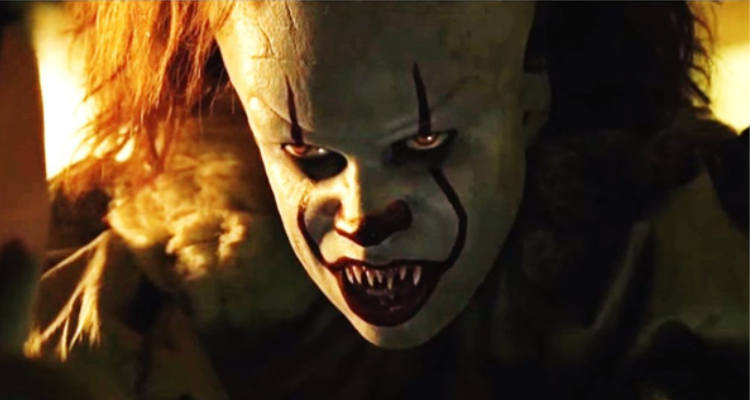 Start with the obvious, then.

It pretty much goes without saying that the emotion of fear sits right at the centre of a good horror, although it may veer more towards revulsion in the case of body horrors.

But, it must also make them relatable to the audience, establishing empathy so that the audience shares the fear.

Whereas Alien is ostensibly a sci-fi horror about a predatory xenomorph, what’s it really tapping into is the core human fear of the insect. Giger’s alien is in every way an insect – except made larger, more monstrous, and deadly.

The original Poltergeist was a master-class in identifying childhood fears….and then magnifying them.

You had the clown doll; innocuous during the day, but gaining a sinister quality at night. So much so that the child had to throw a dressing gown over its face to hide it. Hands up who remembers doing something like that?

And then the brilliant use of the tree outside the window; transformed at night into a malign entity that reached into the house, its branches turned into twisted limbs.

2013’s brilliant cult short, Lights Out (later expanded to a full film in 2016) perfectly exploited our basic human fear of the dark (and what we imagine might dwell within it).

2016’s The Shallows spoke to our general fear of sharks (one of our ancestors’ natural predators).

And last year, It: Chapter 2 re-introduced us to Pennywise, a treat for the coulrophobiacs.

Superficially, it’s easy to think that horror films require blood, gore and death and that is very often the case. But not always.

No one bleeds in The Ring, for example. No one dies in The Blair Witch Project. Doesn’t mean they’re not terrifying.

It is suffering that is the genre essential here – someone has to go through a lot of suffering (and pain, in the case of body horrors). 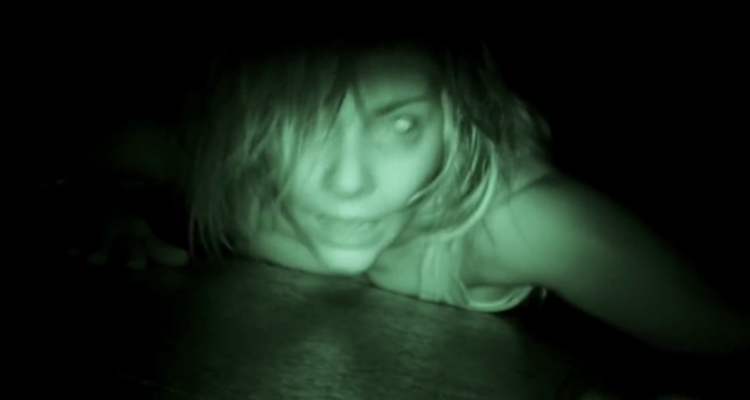 A lot of film genres make use of the ancient, dramatic technique of suspense, but it’s absolutely crucial in horror films. And getting it right is quite an art.

Alfred Hitchcock – who knew a thing or two about creating suspense – illustrated the difference between surprise and suspense by using the analogy of a scene wherein two people are having a seated conversation and there is a bomb under the table between them.

When it explodes unexpectedly, that creates surprise in the audience.

But, when the audience knows the bomb is there, and the characters do not, that creates suspense.

And, it is indeed in the audience’s imaginations that suspense is created – all the film can do is provide the prompts and circumstances – the magic all happens in the viewer’s mind.

It is worth also adding that suspense works differently in different horror sub-genres.

In body horror it is often almost entirely missing. In slashers, the suspense is usually of the ‘jump’ variety – sudden startling shocks that follow a period of built suspense and act to release it.

Increasingly, horror films are starting to employ a ‘double step’ trick to deliver their fear-jolt – building suspense and then revealing a non-result – ‘There’s no one there!’ – before almost immediately delivering the actual shock.

In supernaturals, suspense really is key, and often the suspense will continue unabated for the entire film, creating a relentless atmosphere of malign dread (the first two Rec films are a good example of this approach).

Of all the filmic genres, it is probably horror that is most solidly-rooted in the mythic story traditions of history.

Think European fairy tales, think Greek myths. These were not only stories designed to inspire and excite, they also served as warnings, cautionary tales to warn against forbidden behaviour.

What was it that almost killed Little Red Riding Hood? She broke the rules and strayed from the path!

In the same way, the monsters and dangers of horror films tend to operate within limits, rules, and / or constraints. Often, they are reactive, not pro-active.

In Hellbound, Pinhead makes it clear that the Cenobites will not inflict their terrible tortures on anyone who enters the Labyrinth. When an unsuspecting innocent is tricked into opening the Lament Configuration and summoning the Cenobites, Pinhead rejects her, saying, ‘It is not hands that summon us; it is desire’.

Equally, the Candyman will not come for you unless you repeat his name five times in a mirror.

Even the ultimately ruthless and sadistic predator Freddy Krueger can only pursue you in your dreams.

There are rules here.

Myth is much stronger in supernaturals – think of the defined structures and process that apply to Sadako in The Ring and less so in slashers – whereas Jason and Michael Myers may operate within limits (Crystal Lake and Halloween respectively), Wolf Creek’s Mick Taylor strikes wherever and whenever he chooses.

In 2019, Jordan Peele brought us an entirely new mythology with Us – a whole community of estranged duplicates of real people, living in enormous underground bunker complexes. 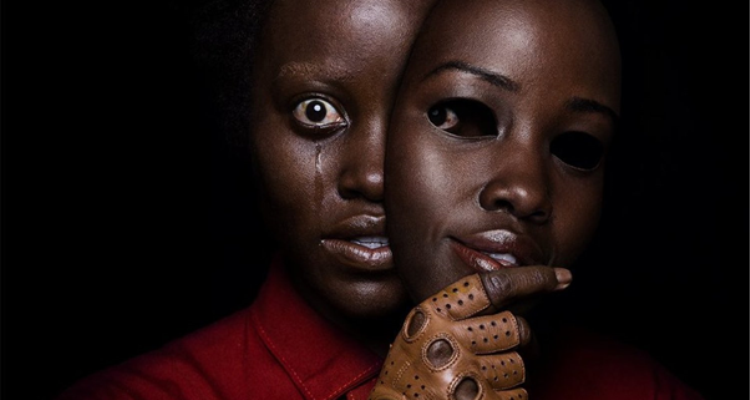 A controversial one this one, but for me, horror is not only a genre that can operate effectively at low budget….it actively thrives on it. And it often suffers with a surfeit of budget.

Consider the difference between the original Hellraiser (official budget a comedically-low £1m) and its sequel Hellbound – emboldened by the much larger budget, the sequel moved away from the gritty, close-range intoxicating mix of supernatural and body horror of the original and attempted to conjure a vision of the entirety of a Hell dimension.

For an example of this syndrome within a single film, look at 2013’s, Mama.

For most of its duration, Mama employs the complete range of low-budget horror techniques for building suspense. From the gradual revelation of the titular monster’s back-story to half-glimpses of the creature to a very clever sequence in which a long shot initially appears to show a girl playing with her sister….only to have her real sister appear in the distance, thereby revealing that her playmate is actually the monster.

But, then in the end, we have a full CGI manifestation of ‘Mama’, rising up in all her glory over the edge of a precipice. And, impressively as she is rendered, she is not as scary – cannot be as scary – as her previously glimpsed and implied appearances made her.

It’s worth watching the original short from 2008, too, which bears this out.

Lastly, as a solid example of how to do it, consider Matthew Holness’s 2018 British Horror, Possum. With negligible budget, Holness creates a memorable, original, and deeply unsettling horror from masterful use of character, dialogue, suspense and locations. 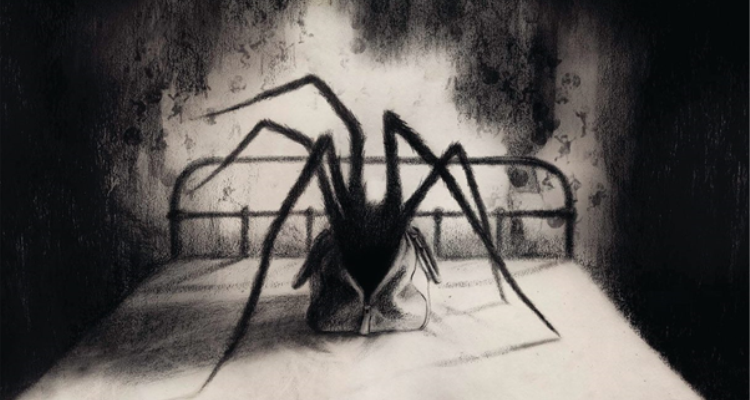 Often horror film music becomes as iconic as the films themselves.

Think of John Williams’s Jaws theme. Just two notes, repeated, that built suspense and came to establish the presence and even proximity of the approaching Great White Shark.

Think of the music from the Exorcist or The Shining.

Music collaborates with the visuals to build and maintain the essential element of suspense.

Twists are a useful tool in the horror’s pocket because they assist with shock and surprise – an audience cannot prepare for something that they don’t see coming!

The twist will often come at the end, but not always. For example, the French New Extreme masterpiece, Martyrs, gives us the revelation that the scarred creature that pursues the two protagonists is actually a figment of one of their imaginations, only twenty or so minutes in.

As a side-point, it is also worth mentioning that horror is one of the few genres that regularly allows a ‘negative’ ending, in which the antagonist triumphs (as is the case in Martyrs).

A classic example of a horror twist ending can again be found in French New Extreme cinema – in High Tension (Haute Tension), wherein we discover, only in the end, that it is Marie, one of the two protagonists, who is actually the murderous villain. 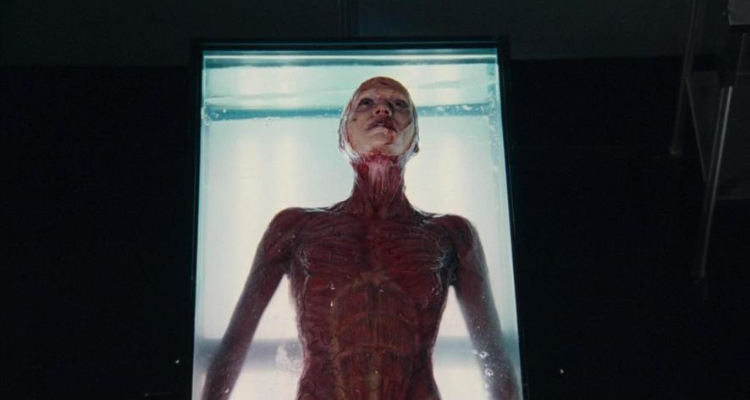 As we’ve seen, different films, in different sub-genres, will vary the mix and extent of these various ingredients…but, together, these are the elements that make horror work.