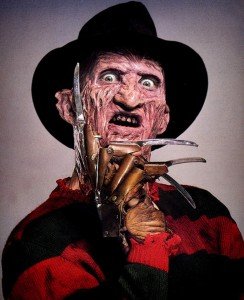 By now, anyone who has read my blogs will know how much of a horror fan I am. If you haven’t, firstly where have you been all this time? (Just kidding, I know you have a life… but seriously, where have you been?) Secondly, I like anything weird and scary.

I was recently watching a horror film as you do, and was very disappointed with the outcome, especially with all the hype it received on release. I will not give away what this film was as I do not want to discredit it further than it needs to; but there was no other way to describe this film as pure rubbish. All I will say it was a remake of an eighties classic that I love.

Later that evening, I was checking a social network website trying to waste a bit of time. I saw a post by a person, who specialises in reviewing films; tell us a piece of information on a new film. I was very disappointed to hear that A Nightmare on Elm Street is to be rebooted. AGAIN! This annoyed me more than what it should do. Why shouldn’t it though? There have been so many remakes/reboots either released or announced, just this year alone.

Horror films have released so many sequels as well over the years that film industries to me, seem to be lacking originality. This is why I’d begun getting so annoyed with the newly announced remake of A Nightmare on Elm Street. There isn’t any need for it. There are already seven of them (without counting Freddy Vs Jason) and a reboot that had already been released in 2010.

It is the same now with Marvel films. The Fantastic Four reboot has had mixed reviews that have disappointed the film industry and a lot of fans; as well as another reboot of a Spiderman series announced only a couple of years after the last reboot of The Amazing Spiderman, which in my opinion should have carried on going.

Quite a few of the horror films I have seen this year haven’t had much of an impact on me. There have been a couple that have led to a lot or hype – Insidious 3 and Knock, Knock for example; but it just seems to be a constant cycle of sequels and remakes that lack any originality or scares that the previous instalments/iterations managed to produce. 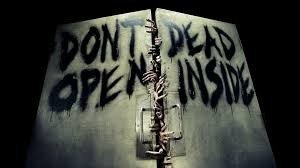 This week though, I have started to get into the American Horror Story. Admittedly, It’s turned into an addiction of sorts where I have watched nearly all the first series within a couple of days. To me, it’s brilliantly scripted, well acted and has a few scenes that even I was creeped out by.

Along with being a big fan of The Walking Dead, I started to think that with American Horror Story, The Walking Dead, and even Hannibal taking off in a massive direction the past couple of years, Television programmes really have started to become increasingly popular.

Time for the Hollywood big screen to move over for the small?

With that in mind, is it wrong to think that maybe the future of horror is in television programmes rather than film? After all, take a look at Daredevil. The film version with Ben Affleck received such poor reviews from fans and critics alike that it led to Mr Affleck becoming the least popular choice to become . Whereas the recent televised version on Netflix has become ever so popular. So popular, even, that X-Men is now going to be developed for television.

Do you catch my drift? To me, unique and interesting horror films are slowly become a thing of the past – if the last five years are anything to go by. Too many sequels, too many remakes and reboots, that as far as I’m concerned are not what most of us fans want. We want something original, something fresh and of course, something scary. As far as I can see, that something we need could really come in the form of Television. Stay tuned.