The East End Film Festival is one of the UK’s largest film festivals. Held in London every year since 2000, the EEFF presents a rich and diverse programme of international premieres, industry masterclasses, free pop-up screenings and immersive live events.

The festival covers all genres, and the good news for horror fans is that the line up is chock-full of some incredible examples of the darker side of cinema.  Here is a list of our personal highlights, all of which you’ll be able to find on our horror calendar.

A romantic getaway goes very wrong when trophy girlfriend Jen (Matilda Lutz) is brutallyassaulted and left for dead. But the tables are turned and blood starts to spill as Jen fights back, meting out death and destruction to the men who wronged her.

Combining extreme bloody spectacle with gleeful grindhouse thrills, this stylish and subversively female take on the rape-revenge thriller marks debut director Coralie Fargeat as a talent to be reckoned with. Not one for the fainthearted, but for those with strong stomachs and a taste for blood, this is one hell of a ride!

Ruby wakes up in a basement. Her legs are broken and she can’t remember who she is and how she got there. Her kidnapper, tells her she will remain captive until she falls in love with him. He will help her remember her past, but can she really trust him?

Hippopotamus defies expectations in every turn. Shot on a shoestring budget, it’s less of a Stockholm syndrome thriller, and more of a twist on the classic love story; a puzzle that first-timer Edward Palmer deciphers delicately in this intricate and emotional debut. 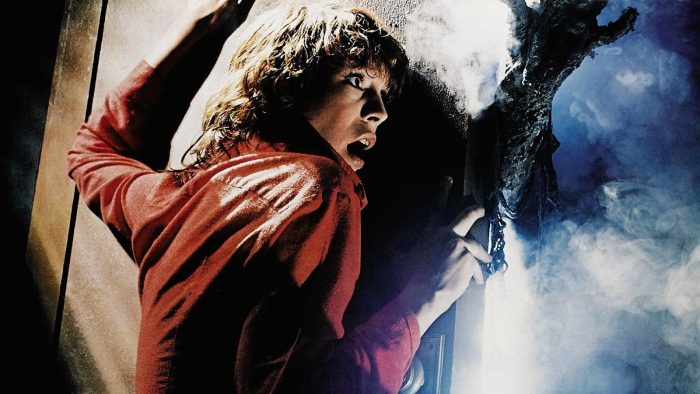 EEFF is joining Genesis’ monthly screening with Nick Walker of Rochester Kino with John Carpenter’s THE FOG. The screening will be introduced by Nick and will be followed by a salon discussion upstairs at the bar where you will have a chance to discuss this great film with fellow fans and first-time viewers!

Strange things begin to occurs as a tiny California coastal town prepares to commemorate its centenary. Inanimate objects spring eerily to life; Rev. Malone stumbles upon a dark secret about the town’s founding; radio announcer Stevie witnesses a mystical fire; and hitchhiker Elizabeth discovers the mutilated corpse of a fisherman. Then a mysterious iridescent fog descends upon the village, and more people start to die.

In this lyrical, beautiful, second feature from Matthew Butler-Hart, three sole survivors of a devastating ship wreck cling on to life as they row through the thick, early morning mist, lost and disorientated. As the fog begins to clear, they spot salvation in the shape of The Isle and hungrily row ashore, only to discover its four sole residents; an old harbourman, a farmer, his niece and a mad woman.

The story of survival of Captain Oliver Gosling (Alex Hassell, The Miniaturist) and his crew story has only just started as they uncover the strange past of the once vibrant island. Also starring Conleth Hill (Game of Thrones) and Fisayo Akinade (The Girl With All The Gifts).

New girl Mia longs to fit in with the cool crowd at school, but playground politics take a backseat when she notices weird changes affecting her body, and develops new, unusual appetites…

Channelling the adolescent body horror of Ginger Snaps and Raw, Lisa Brühlmann’s debut feature is an intriguing and slippery coming of age film that riffs on female sexuality, friendship and the strange and mysterious business of being a teenage girl.

The Final Girls Present: She’s Right Behind You

Vengeful female ghosts are a staple in folklore, horror fiction and cinema. Disembodied and freed from the patriarchal grasp and domination of the female body, they are empowered to avenge those who wronged them when they were alive.

The Lady in White, The Slit-Mouthed Woman, La Llorona, Bloody Mary… they’re all versions of the same figure. Feminist horror film collective The Final Girls take over the Masonic Temple to explore this recurring ghostly figure.

First time filmmaker Yixi Sun masterfully marries cultural elements from both East and West in order to deliver a visually breathtaking thriller that makes it impossible to take your eyes of the screen. Qi’an and Aimo are close friends living in London that take a film transcription job at a stunning countryside mansion.

They are to transcribe the films of a Chinese Kunqu Opera star Susu who married into the English family but lost her life 28 years ago. Both girls start to untangle disturbing family secrets which lead them to realise that they are trapped in the mansion, both physically and emotionally.

Rebecca Faraway is a young detective working on a serial killer case that involves brutal ritualistic murders. When the chief suspect of the case, a charming man in charge of the real estate firm that owns the buildings where the bodies were found, takes a personal interest in her, things will escalate quickly.

Equally terrifying and entertaining, Charismata is the perfect amalgam of blood-curdling psychological horror with fast-paced police procedural thriller, that is also not afraid to touch upon gender dynamics in cynical contemporary London.

For the full East End Film Festival line up, plus details on how you can get yourself tickets to all of these screenings, then please click here to be taken to the official website