Indie Horror Revisited is a new series of articles that take a retrospective look at some brilliant British indie horror films. Some you might have already seen, and some could well have passed you by. Kicking us off is the grizzly Dog Soldiers: written, directed and edited by Neil Marshall. 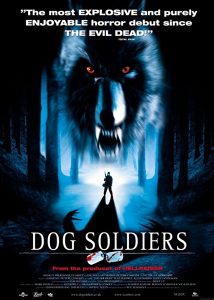 Released in 2002, Marshall’s debut stars Sean Pertwee as Sgt. Harry G. Wells, Kevin McKidd as Pvt. Cooper, Emma Cleasby as Megan and Liam Cunningham as Capt. Ryan, as they fight against werewolves in the Scottish Highlands.

A squad of British soldiers led by Sgt. Wells is dropped into the Highlands, to carry out a training exercise. Things soon go tremendously downhill when they encounter Captain Ryan, the sole survivor of an animal attack that gutted his troop – although no body is found, only blood.

Ryan asks the soldiers for refuge as he deals with a serious injury. While the group runs away from the “monsters” in the woods, all hope seems to be lost until the group is rescued by Megan, a zoologist who lives in the area.

She introduces the soldiers to the term “lycanthrope” and explains that, although far-fetched, werewolves do in fact exist and are roaming the Highlands. 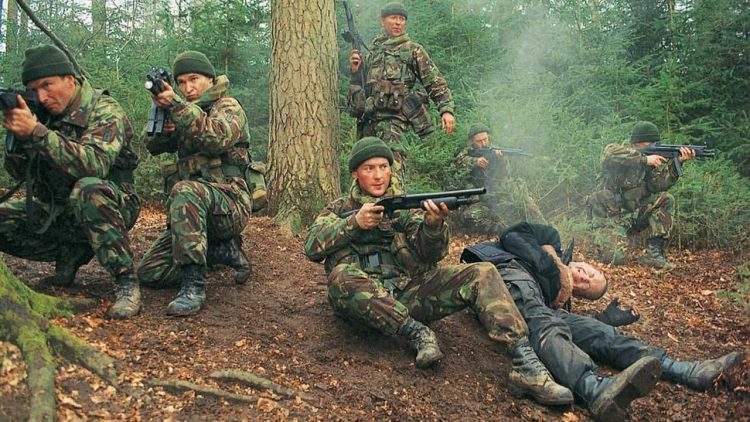 Very different from the endearing creatures featured in Twilight, the werewolves here grotesque. They tower over the soldiers with their huge stature, don’t seem to get hurt easily, and they infect humans with the smallest cut.

The soldiers become aware of the transformation through Captain Ryan who, despite being found half-dead only hours earlier, now seems to have healed completely. His change elevates Sgt. Wells’ anxiety levels as he too was harmed by the creatures.

Megan saves the day by providing shelter and a scientific and pro-active view on how to harm the lycanthropes. She is a saviour indeed.

From the very beginning of the film, the dialogue foreshadows the twist at the end. In a relaxing moment, the soldiers ask each other what scares them, and they provide answers that range from “the self-destructive nature of the human condition” to “castration” to “penalty shoot-outs” and finally to “Spiders. And women. And spider-women.”

The latter is met with smiles. It seems that not even our brave heroes are immune from getting caught in the ‘web’ of a woman – using their own terminology. This exchange, however, gives us an insight into what is about to come – and no, it isn’t spiders.

What the soldiers know and understand about the nature of the human condition will be challenged as they are forced to reconsider their understanding of the world, now that they’ve learned about the existence of werewolves.

Castration will come in many ways as these hyper masculine alphas are left to cower inside a house while the werewolves try to penetrate it – though, in all fairness, they do put up quite a fight!

And the notion of women as dangerous beings will be contested, and also illustrated, by Megan – who appears as a saviour in a time when the men are in need of dire help. She offers them an explanation and practical plans to defeat the creatures, but she also shows how dangerous it is to fall into a spider-woman’s web/house. 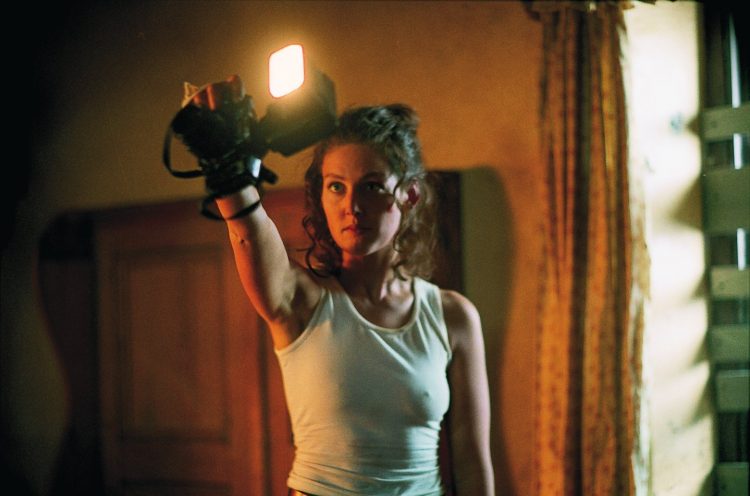 Dog Soldiers, alongside Eli Roth’s Cabin Fever (both released in 2002), helped give birth to the ‘Splat Pack’ films – independent, R-rated horror films that are distinguished for being low budget and containing an extreme amount of gore and violence.

Other important titles in this group are the Hostel and the Saw films. Neil Marshall went on to direct The Descent, the 2005 indie horror classic that was praised for its feminist rhetoric. 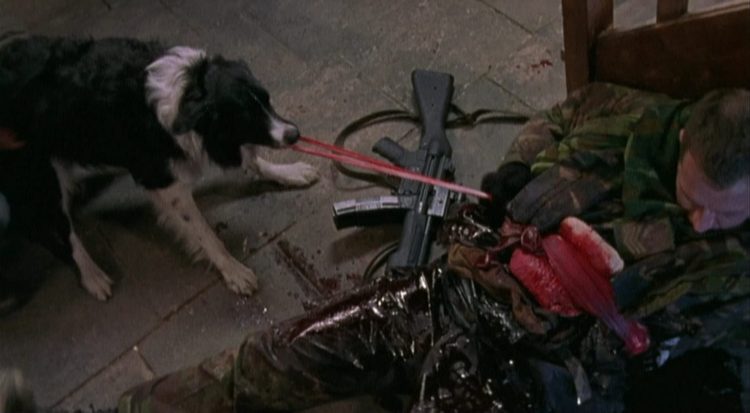 Marshall’s Dog Soldiers is gritty and raw – the fight scenes are filled with crude violence that foregrounds the will to survive. The actors deliver on all accounts, and the werewolves are scary as hell. This is indeed a true gem for the indie horror fan!