Indie Horror Revisited: Under The Shadow 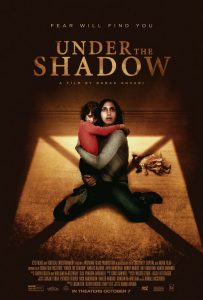 The Persian-language Under the Shadow was written and directed by Iranian-born Babak Anvari as his directorial debut.

The film was a co-production between Qatar, Jordan and the United Kingdom and it premiered at the 2016 Sundance Film Festival.

During the Iran-Iraq War (1980-1988) in Tehran, mother and daughter are haunted by a malevolent force while they try to remain safe from the war in their own apartment.

Shideh (Narges Rashidi) is a former medical student who was barred from school due to her left-wing political views. Frustrated for not being able to continue her studies and seeing her husband, Iraj (Bobby Naderi), still practicing medicine and being called into military work at a dangerous area, Shideh is overwhelmed with conflicting feelings of envy and worry.

Shideh decides to stay at the apartment despite Iraj’s pleas for her and their daughter, Dorsa (Avin Manshadi), to move back to his parents’ house.

Alone in the apartment with her mother, Dorsa befriends a boy who has just moved into the complex. The boy tells Dorsa about the legend of the Dijinn – supernatural forces that, in order to claim people, steal their belongings – and that is when things start to get weird. 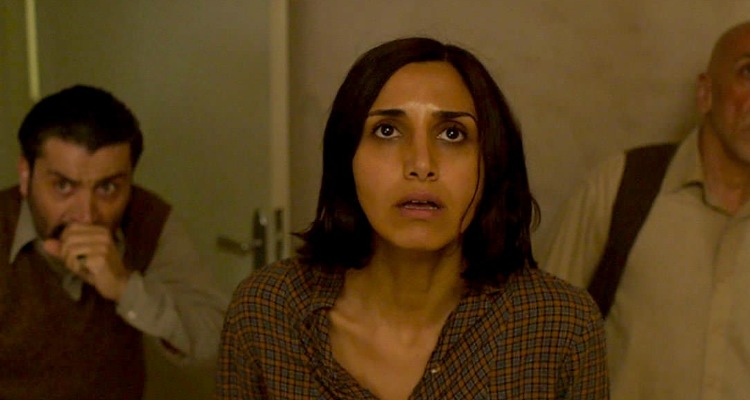 Not long after a missile falls onto their apartment, Dorsa’s doll, Kimia, disappears and Dorsa falls instantly ill. Shideh is helpless when it comes to Dorsa’s situation – she cannot find Kimia, nor can she make Dorsa feel better.

The war works as the perfect backdrop as Shideh’s emotions over her frustration and insecurities around motherhood and work culminate into the figure of the Dijinn. The strange things happening in the flat seem to be in Shideh’s own mind.

Under the Shadow falls in line with films such as The Babadook where mother and child’s relationship slowly deteriorates and climaxes with a sacrifice, bringing the mother/child dyad to the forefront once again.

Anvari explores the supernatural and psychological tones in his film through the cinematography. The film can be split in two as far as cinematography goes: the first half of the film, the camerawork is looser and more natural; the second half, though, to augment the uncertainty of the events, the camerawork relies on more precise movements that work around suggestion (even if there are two or three jump-scares – that work so well!). 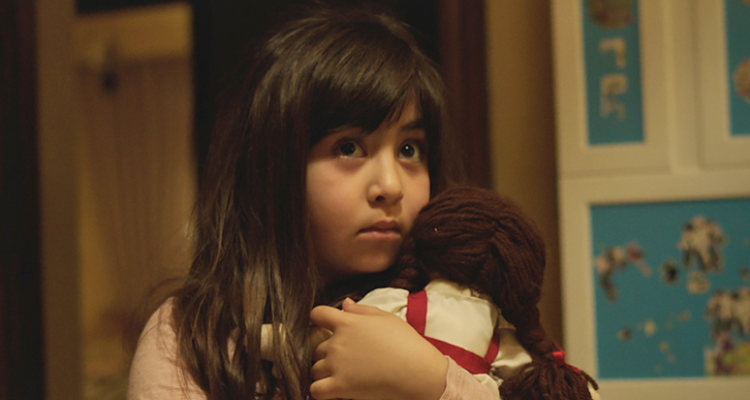 The nightmarish camera angles stand between dream and reality and the expectations are flipped over, leading the audience to uncharted territories alongside Dorsa and Shideh.

Under the Shadow is a beautiful film that works well with what it proposes to do. Not only is it successful in delivering good scares and an eerie atmosphere that hovers throughout the film, it also joins the club of horror films that use the genre to infuse the film with socio-political commentary.