Inside No.9 will serve up a slice of old school horror at least once per season, tapping into the creator’s love for the Amicus style horror anthologies of old. Last season we had the superb ‘Stake Out’ (one of my top 10 episodes), a vampire story that was packed full of winks and nods before going in for the bloody kill. And following in the tradition of series highlights like ‘The Harrowing’, ‘Séance Time’ and ‘Tempting Fate’ comes How Do You Plead?, a story of Faustian pacts and of the inevitability of our own histories. 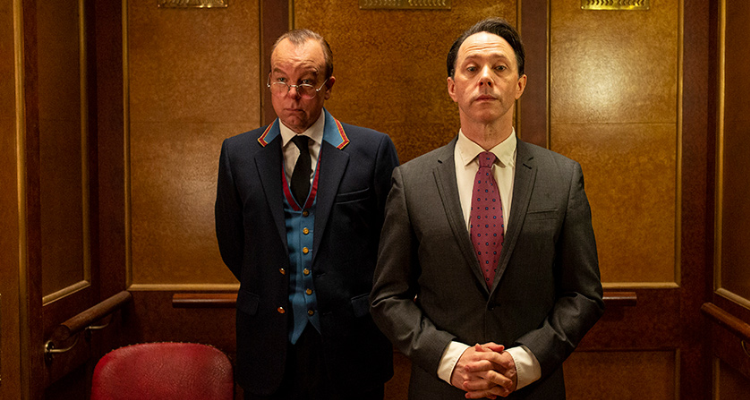 Reece Shearsmith plays the role of Urban, a palliative care nurse in the employ of former Barrister Webster (Derek Jacobi), who lives a painful existence confined to his penthouse apartment, apartment number nine of course. Called to his patient’s side on his day off, Urban arrives in the aftermath of a dismal birthday celebration cut short by Websters ill health (and ill attitude). Webster seems unusually distraught, his pain medication no longer as effective as it used to be in the fight against the onslaught of time itself. Beneath the pain, Webster seems to be battling a dread of the oncoming witching hour, of some past indiscretion that may finally have caught up with him as the last embers of his life flicker from the world.

The boys often like to wear their influences on their sleeves, and the keen-eared and astute viewer may be able to discern where our story is going simply from the Barrister’s name, but on a rewatch the entire episode is full of nods as to the nature of the story being played out.

‘How Do You Plead?‘ is a terrific piece of horror. Derek Jacobi (the first returning guest actor to the series after his role as the ‘Director’ in ‘The Devil of Christmas’) gives a rich and deep performance as Webster, a man who can see the very sands of his own existence running out. At times touching and others monstrous, there is a remarkable amount of pathos to be found in Jacobi’s performance despite what we come to understand of him. The many layers on display really help his relationship with Urban feel heavy with understanding and truth; their relationship aches with familiarity and playfulness. 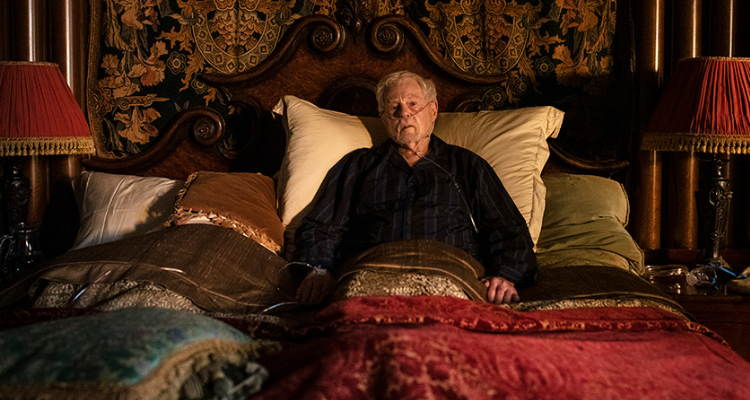 Holding his own in a remarkable two hander, Shearsmith produces his strongest performance of the season as Urban. Likeable, admirable and seemingly unflappable, Shearsmith portrays Urban with a lot of humanity that helps anchor us in the story. Early in the episode he delivers a truly retching and haunting monologue, recounting a school tragedy he witnessed as a boy. Reece truly holds the viewers’ attention like few actors working today, going from mournful and haunted to friendly and caring on the flick of a switch.

The score of the episode really adds to the uneasy feeling of the piece, at first unintrusive and haunting before building to a shrieking crescendo as the supernatural elements of the story take hold. Director Guillem Morales works wonders with the set (unrecognisably re-purposed from Simon Says earlier in the series), cramming it full of little nods and hints as to what Webster may in fact be terrified of. There is a gradual, almost imperceptible crawl of darkness across the episode that mirrors the darkening tone of the story, and when our last act visitor makes himself known the finale plays out in almost complete darkness.

And what a last act visitor we have this week.

In a slightly reduced role, Steve Pemberton arrives for the final moments of ‘How do you Plead?’ and fills the screen with genuine danger and unease. His dreadfully calm demeanour and softly spoken voice belie the truth of our unwelcome visitor, his very presence filling the frame with an otherworldly horror. Even with such little screen time, Pemberton runs the risk of stealing the show with a performance that understands that less is more and anchors the fear in an awful stillness. 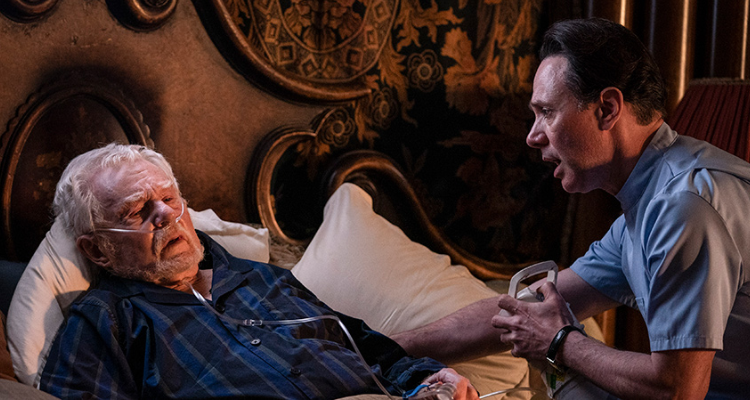 And while chilling the viewer, somehow ‘How do you Plead?’ is still full of wonderful writing that raises more than a few laughs throughout the half hour. The playful relationship between Urban and Webster produces some really funny exchanges, from Webster demonstrating his skills as a Barrister in preposterous situations (in a way that foreshadows his unscrupulous soul) to a heartfelt exchange where Urban quotes Elsa from frozen in a bid to help Webster to ‘let it go’. Jumping from those moments of levity to a truly terrifying nightmare sequence so easily lies at the heart of what makes Inside No.9 the terrific show it is.

On the back of a well-deserved BAFTA win for Best Scripted Comedy, the gents once again show that there is no end to the number of strings in their bow. The success that they find in every story they commit to film is to be applauded; never afraid to take risks, the show thrives on the breadth of the stories it tells.

Which does beg the question.

How much of tonight’s tale is based on personal experience?