Inside No. 9 Review: Hurry Up and Wait

This week’s episode of Inside No.9 is an exercise in excruciating awkwardness, empty stares that go on for days, and a warts and all peek into the world behind the camera. But beneath Hurry Up and Wait ‘s half hour filled with squirming humour, preening-vanity and crushed dreams runs a current of confusion, misdirection and murder most horrid. 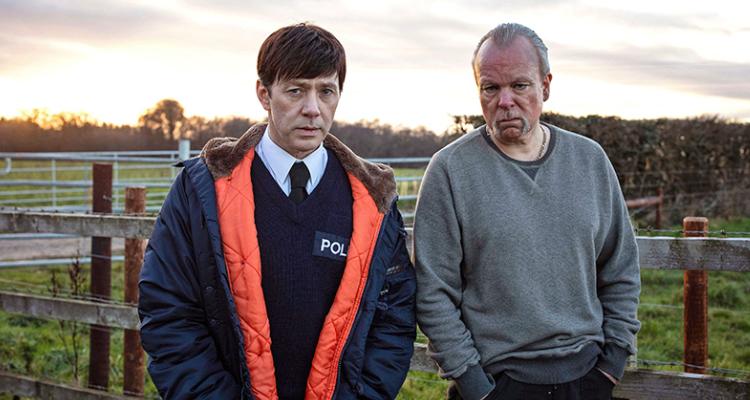 ‘Hurry Up and Wait’ presents us with Reece Shearsmith as James, a budding extra-cum-actor who has bagged a role as a police officer alongside his acting hero Adrian Dunbar. The part is in a gritty true-crime drama about the abduction of ‘Baby Ryan’ in the very caravan park that they are filming, a tantalisingly bleak unsolved case of child abduction that is to be dramatized for our viewing pleasure. Only, Reece’s scene has been delayed somewhat, and he has to spend the bulk of his day in Green Room 9 (a resident’s caravan, still fully populated with said residents), waiting for his chance to shine.

This appears to be the first episode of Inside No.9 presented in Smell-o-Vision, with the stale cigarette smoke and foot odour practically wafting out of the screen. The ‘Green Room’ is a little too lived-in abode, at times squeezing up to six characters into its narrow, crowded structure like sardines in a can. I had initially been incredulous to the notion that this sort of thing actually happens to actors but having listened to the excellent accompanying podcast ‘Inside Inside No.9’, Reece and Steve confirm that the scenario is all too real. Shearsmith bares the brunt of the episode’s cringe quota, desperately trying to avoid engaging with the odd family that seem to be each doing their bit to unnerve and distract him 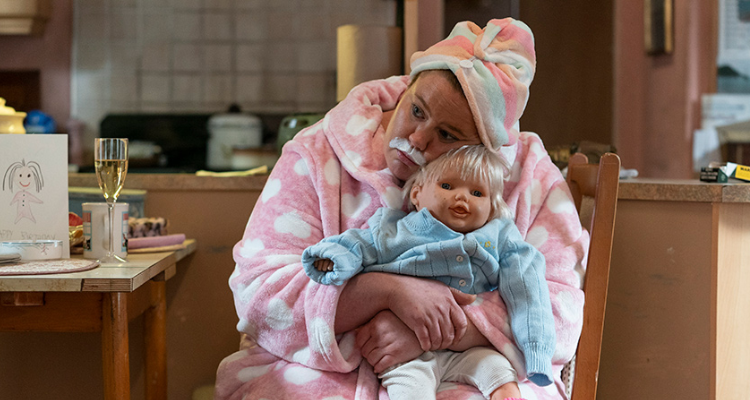 Mother and daughter Oona and Bev (Pauline McLynn and Donna Preston) are first up; Bev claims that she is celebrating an important birthday as she leers at Shearsmith from across the caravan, a bleached moustache hanging over her upper lip like paint-stripper as she cradles a creepy doll close to her bosom at all times. She seems intent on staring straight through him. A little calmer but no less unusual is Oona, constantly apologising for her daughter’s interruptive behaviour while interrupting every moment of silence herself with constant questions and chatter. Donna Preston plays unhinged perfectly; at times emotionally stunted and child-like, at others malevolent and dangerous. A terrific guest performance outdone by only one other.

Steve Pemberton enters the proceedings as Stan, the menacing and unpleasant patriarch of the family who doesn’t seem to have been informed that his sitting room has become a waiting area for the stars. Confrontational and aggressive from the off, Steve dominates the room with a contempt-filled rage that seems at times to be hiding something else entirely. His nervous glances and contradictory stories exchanged with Oona seem to hint at some knowledge of what may have happened to the missing boy of twenty years past, threatening to take the story off in another direction entirely.

‘Hurry Up and Wait’ seems to delight in showing the audience the ugly side of production that goes into the making of any of the nation’s favourite shows. Reece’s extra is treated with off-handed disdain by the production assistant (Bhavna Limbachia), his comfort and concerns ignored and overlooked while she deals with the bigger picture and bigger stars.

And striding into proceedings (having concluded his search for bent coppers) comes Line Of Duty colossus Adrian Dunbar, gamely playing himself as an ego driven diva. Initially delighted with Reece’s fawning praise over his Shakespeare, Dunbar takes a nervous offence when it is noted that he is once again playing a police officer (“They’re like chalk and cheese! It’s not the same performance at all!……. Hasting’s parts his hair to the left, whereas Chiles is much more swept back…. It’s very different.”). By the end of their rehearsal together, Dunbar has hoovered up every line of dialogue for himself, leaving poor Reece with barely a nod of the head for his troubles. For fans of Dunbar, of which I am one, it is terrific to see him have so much fun hamming it up on the show. 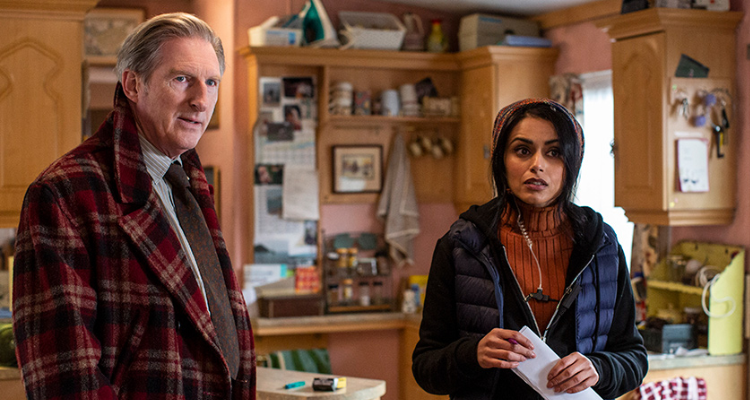 So, what kind of episode have the gents served up this week? While for the most part it plays out in a similar fashion to series four’s ‘And the Winner Is’ with the inner working of television laid bare like a corpse on an autopsy slab, ‘Hurry Up and Wait’ is also equal parts mystery-box and comedy. Whilst tapping into a rich vein of cringe humour which delivers a lot of laughs in the episode, it also leans into the unsolved crime that the television production is now dramatizing, with odious and creepy results.

The observant viewer goes into an episode of Inside No.9 fully aware that every line of dialogue is important, every seemingly off-hand comment may be layered with another meaning entirely upon re-watch. And at times this week’s episode feels as though the clues may be being laid out a little too clearly, guiding us towards a conclusion that would be both neat and clever. But anytime you think you are ahead of the plot in this series, another darker narrative alleyway beckons the eager viewer and delivers an ending that is grotesquely grim.

Ending on a note of blackest horror that is reminiscent of the kind of story Tales of the Unexpected would have served up, the episode is a wonderful throwback to anthologies of old and a welcome change of pace as we enter the final two episodes of what has been a terrific sixth series.