Like the very best episodes of Inside No.9, Kid/Nap is a fabulously plotted, intricately winding and keeps the viewer guessing from moment to moment. Displaying a real love and understanding of the heist-gone-wrong crime sub-genre, the episode is at turns thrilling, hilarious and downright devious. 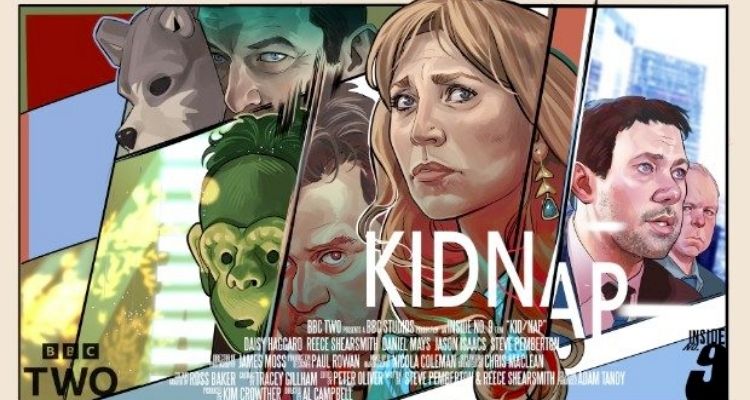 A crime caper that the Coens’ themselves would have been proud to stitch together, ‘Kid/Nap’ sees bored housewife Lara (Daisy Haggard) kidnapped by schlubby criminal Shane (Daniel Mays, with a performance you can practically smell through the screen) under the direction of mastermind Clifford (Jason Isaacs). Her husband Dominic (Shearsmith, here portraying a character more loathsome than the criminals) is a wealthy London banker who must provide a transfer of £1.3 million in order to see his wife again, lest the criminals take a pair of garden shears to her delicate earlobes…

Inside No.9 is always a show looking to innovate and challenge the confines of the medium; with ‘Kid/Nap’, the episode is shot in a split-screen fashion that is used to both dramatic and comedic effect throughout. Director Al Campbell (who has already directed the terrific opening episode of the season) rises to the challenge and puts together an episode whose precision is matched by its ambition, with the central gimmick used to heighten tension throughout the episode’s first and final act. 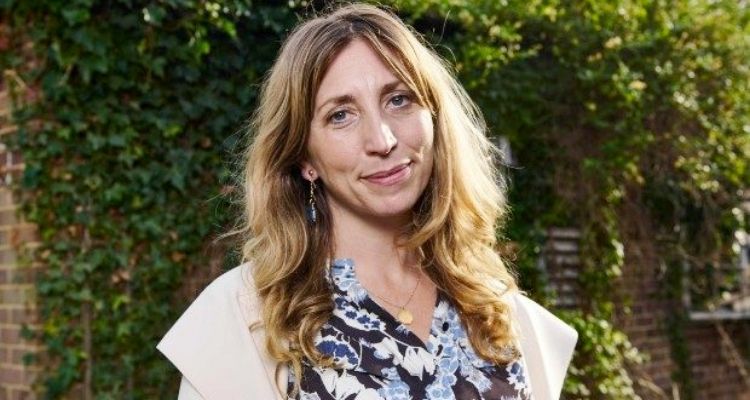 And while Inside No.9 normally has a very strict ‘one location’ rule, Campbell is allowed to neatly circumnavigate that issue by having the No.9 of the criminal den on screen for much of the episode due to the split-screen gimmick. Seven seasons in, it is fun to see the boys try and use clever trickery like this to keep things fresh without breaking their central premise.

The guest cast for Inside No.9 are almost always fantastic, but this week in ‘Kid/Nap’ the casting has really excelled. Daisy Haggard is a bit of a veteran of British TV at this point but still manages to surprise the audience with her amazing range. With all of the twists, bluffs and double turns that occur in ‘Kid/Nap’, having an actress with that kind of versatility is vital. Daniel Mays’ Shane is a lot of fun too; initially a frightening and intimidating presence, the air of menace soon dissipates as he engages in a short battle of wits with his victim where he finds himself massively outmatched.

Jason Isaacs (‘Hello to Jason Isaacs!’) is one of my favourite screen actors, so to see him in my favourite show was an unexpected thrill. The mastermind behind the caper, Isaacs’ Clifford is a cold, calculating devil who is far more on the ball than his somewhat inept partner… Until of course he isn’t. My only complaint here would be that Isaacs doesn’t have more to do, but that feels like a petty complaint when there is so much talent on show.

To say more on the plot would ruin an episode that really does rely on the audience going in as blank as possible, with a story that reveals its hand slowly in order to disguise its intentions.

Reece gets to have fun as the hapless and deplorable husband Dominic, who is more concerned with the loss of his fortune than the loss of his wife. With a contender for ‘most-punchable voice of the year’, you find yourself rooting for the criminals to triumph over this banking-bastard from early on. Steve joins proceedings around the midway point of the episode as DI Ellis, and his contempt for Dominic at times feeling like a proxy for the audience. 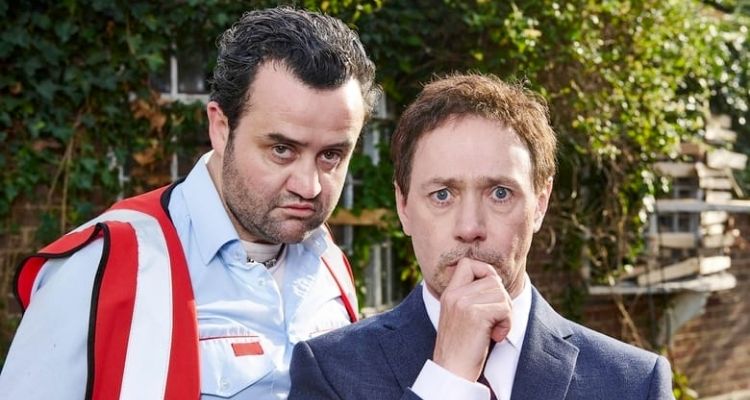 As with many episodes of the series, ‘Kid/Nap’ is a story that will benefit from a rewatch once you understand the full picture. Character reactions and some dialogue that ring a little unusual on the first watch are revealed to be clever clues and much more understandable on your second run at the story. Lara in particular is a fascinating watch second time around, and again Daisy Haggard comes through as the episode’s shining star.

Ending on a clever twist and a note of uncertainty, ‘Kid/Nap’ sticks its landing in a way that I felt the last episode, ‘Nine Lives Kat‘, never managed. The ambiguous nature of the episode’s final moments are fun, leaving the viewer to decide who the real victim in the story was, and exactly who was going to end up the richer after the dust had settled.