Inside No. 9 Review: Last Night of the Proms

As the curtains closed on last week’s episode, the viewer was left in little doubt that we had just been in the presence of Old Nick himself as he dragged another worthless soul into the bowels of hell. This week, for the final episode of series six? Well, it’s only Jesus Christ himself who shows up to the party. 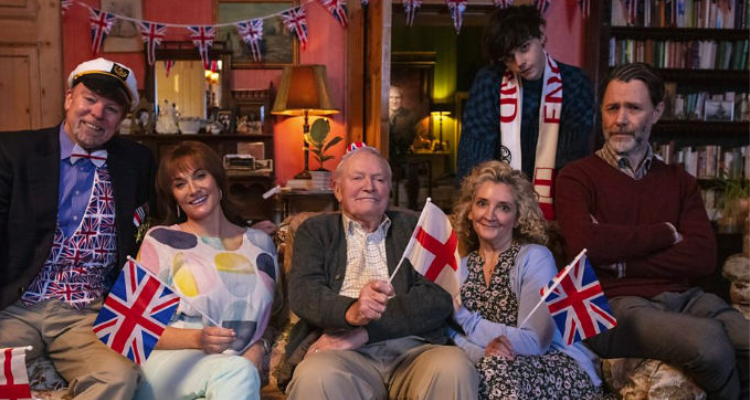 Last Night of the Proms is a perplexing, odd, and very enjoyable episode of Inside No. 9. Taking a two-footed lunge at Brexit Britain through the prism of the incredibly jingoistic Last Night of the Proms, the episode at times abandons the notion of subtlety and allows the subtext to rapidly and pointedly become just plain old text.

We join an affluent family in their beautiful country estate, Union Flags and bunting abound to celebrate the Proms (a BBC institution of classical music concerts, culminating in a patriotic orgy for the ears in its final night). Dawn (Sarah Parish) and her husband Mick (Steve Pemberton, dialled up to a manic but charming eleven) are hosting a viewing for visiting family members Brian (Reece Shearsmith), Penny (Debra Gillett) and their bored son Oliver (Jack Wolfe). Dawn is a Brexiteer who wears her heart on her sleeve, forever at odds with her lefty-Remainer brother-in-law Brian whose sniping and bitterness only grows with each fresh glass of red. Julian Glover plays the patriarch of the family, Ralph, a man lost to dementia, his only interactions with his dysfunctional family coming through ill-judged moments of foul-mouthed Tourette’s.

The half hour resembles a drunken episode of Gogglebox without the insight, as we watch the characters react with varying degrees of interest in the concert on the television. There is a feeling of obligation from some of the characters, whilst others are revelling in their yearly display of British Pride. 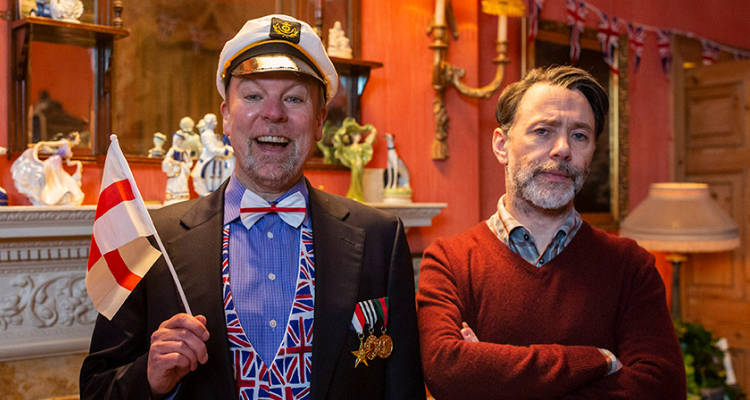 Wondering into the family home, beckoned in by sexually-frustrated Penny, comes the white robed Yusef (Bamshad Abedi-Amin). Speaking no English, the family assume that this long-haired bearded stranger has come from the nearby illegal immigrant holding centre (a series of words that depresses the life out of me for even having to type), he is treated with mistrust, fear and anger. The fact that he may be displaying signs of the stigmata and a remarkable ability to feed the hungry takes second place to the family’s initial hostile response.

Inside No.9 hasn’t really done politics before and this episode seems to be quite willing to pick at the scab of post Brexit Britain. At times it appears to be Sarah Parish (in a great guest turn) and Reece Shearsmith at polar ends of the argument, neither one openminded enough to engage in any meaningful debate but more content to become further and further entrenched in their own views.

And through revealing Brian to be a bit of an arse (and as closeted in his views on foreigners as he is in his sexuality) the episode takes an interesting tact in revealing the hypocrisy that lies behind the comfort of affluence. While the pomp and ceremony of the Proms, with all of its flag-waving and pro Britain rhetoric, run in full flow through the episode, those within the house are exhibiting the very worst about our great nation. Divided, stubborn, closed off to all opinions but their own, the family are like a snapshot of the current debate that has threatened to pull Britain apart over the last decade.

On a technical level, ‘Last Night of the Proms’ is a marvel. Directed by Matt Lipsey, the episode plays out alongside the concert on the television and ebbs and flows with the music blaring from the orchestra. To keep tempo with that and keep the story beats moving along so seamlessly is absolutely tremendous, culminating in an oddly low-key and haunting rendition of ‘Auld Lang Syne’. 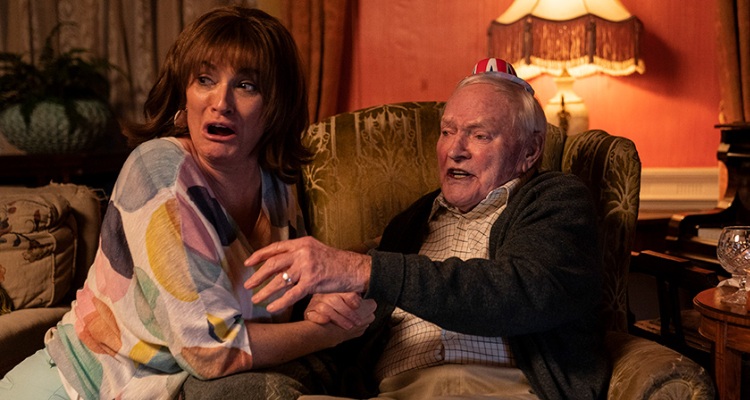 ‘Last Night of the Proms’ is an episode that has a lot to say. By the time the credits roll on the episode (and the series), it’s hard not to see what the writers feel about our divided nation. The Union Flag is somewhat unfairly referred to as a ‘Butcher’s Apron’ by some sections of society, but rarely has that connotation been quite so literal.

All of which sadly brings us to the end of series six of Inside No.9.

It has been a real pleasure to do these reviews week after week; delving into a new series of Inside No.9 is a real highlight of my year, and this series has been no different. From stories of monsters both supernatural and human to tales of high farce and high-tension Reece Shearsmith and Steve Pemberton have once again served up six utterly unique half hours of television.

Catch up with the new Inside No. 9 series on BBC iPlayer