Inside No. 9 Review: Lip Service

Nothing is as it seems.

Whilst this description is often an apt summation of Inside No.9, from time to time the above notion doesn’t so much describe an episode, but rather seeps deep into the meat of the work, infecting every moment, performance and musical cue. In a similar vein to episodes like ‘To Have and to Hold’ and ‘The Twelve Days of Christine’, Lip Service is an episode of the series that leaves the viewer breathless and shocked as the credits roll and the real story is laid bare. 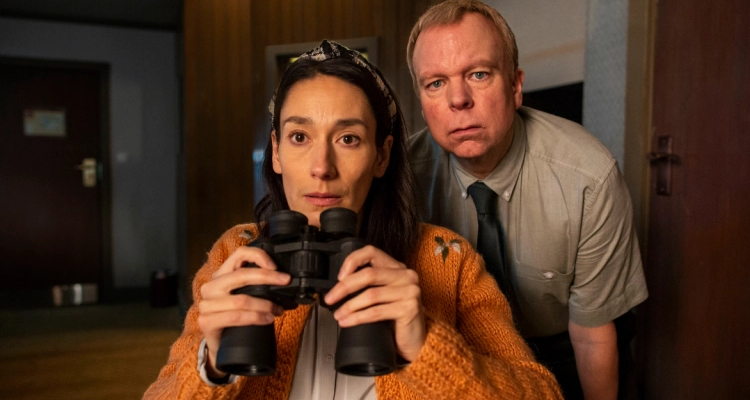 And like the very best of the mystery genre, there are no shortcuts or cheats in Inside No.9; the story makes perfect sense both at the time and in the aftermath, however it is only with hindsight can one truly trace the real narrative.

Although it should be standard with the show, this is an episode that should really be experienced without any forewarning of what’s coming, so stop reading now as **mild spoilers** may follow.

Taking centre-stage this week is Steve Pemberton’s Felix, a desperate man convinced that his wife may be having an affair with her hunky boss Dimitri. Hiring expert lip reader Iris (the chameleon-like Sian Clifford), they hire a seedy hotel room across the street from his wife’s business meeting to get to the bottom of what is really going on. What unspools before us is a story within a story within a story, where no simple act is what it appears to be and no line of dialogue can be read at face value. 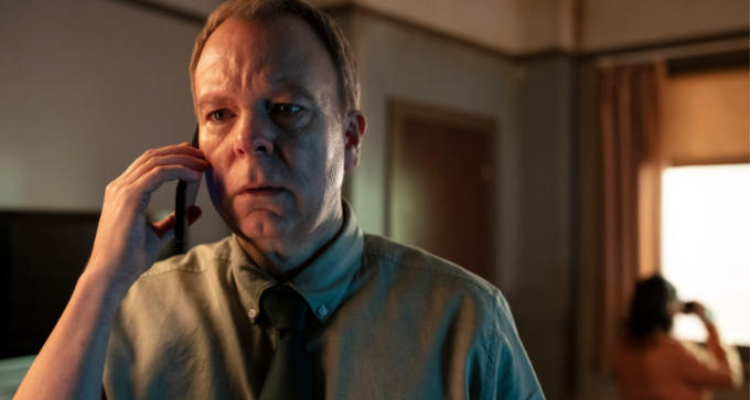 Pemberton cuts a rather pathetic and solitary figure as Felix, at once seizing the audiences pity as a sad-sack husband at the end of his tether. Reminiscent of his performance in the pitch black ‘To Have and to Hold’, Pemberton’s character goes through a range of changes in the eyes of the audience, with the episode’s haunting piano soundtrack hinting that a darker truth may be lurking below the surface. Steve is an actor as adept at playing the everyman as he is at embodying truly monstrous creations, and with that in mind the episode plays with our expectations of where the story is going.

Sian Clifford (Fleabag) is a welcome addition to any show, and her turn here as the mousy Iris is pitched incredibly well with some slightly clichéd affectations. Whilst nabbing some of the episode’s funniest lines with misread lips the cause for much confusion, (“You deserve a penis. Happiness?”) Clifford’s odd mannerisms and every movement prove to be utterly compelling. Her chemistry with Pemberton adds a sweet, possibly romantic subplot that provides yet another layer of narrative deception to proceedings. It is another performance that, on second viewing, reveals so much about the real story playing out before us.

For an episode that manages at times to be touching, sinister and genuinely shocking, ‘Lip Service’ also manages to pack in some wonderfully funny dialogue and a Reece Shearsmith performance that feels like it might have wondered in from another show entirely. As the officious German hotel owner (with an accent to rival his insane Italian in ‘Wuthering Heist’) Reece provides some levity to break up the moments of poignancy that our main duo encounter as they work to get to the truth. 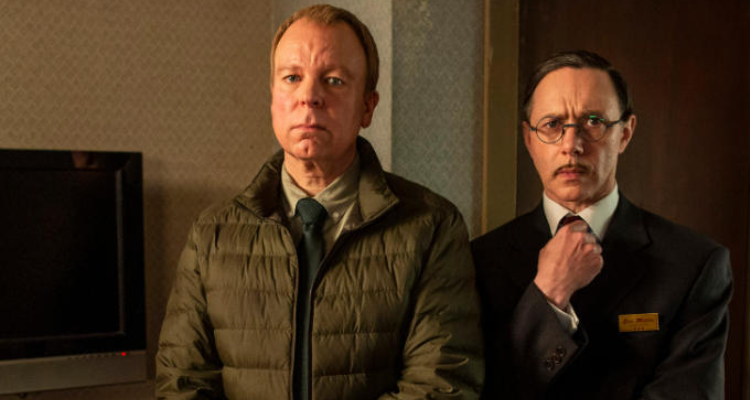 And the truth, as it turns out, is a very difficult thing to pin down. Inside No.9 is often unfairly judged on “the twist”, but ‘Lip Service’ is an episode intended to play into this trope. Just when we are recovering from an early rug-pull, Shearsmith and Pemberton begin to hint at the unseen intricacies of the plot hiding in plain sight. It’s like watching two master-craftsmen unveil a series of Russian dolls; each movement of the plot more intricately designed than the last, until eventually we arrive at a conclusion that flips the mood, tone, and even the genre of the piece.

The final moments of the episode play out over a TV News Broadcast as a sinister and mournful epilogue, allowing us just enough time to piece together what we have seen before a familiar face glares back at us from the cameras recording proceedings.

The strongest episode of the season so far, ‘Lip Service’ will have you reaching for the remote for a repeat viewing the minute the credits roll.