Inside No. 9 Review: Mr King

Of all horror sub-genres, there are none so insidious and unnerving as folk-horror. And like a creeping mist across a mossy moor, over the last decade it has become UK horror’s bread and butter; from Ben Wheatley’s magnificent Kill List and In The Earth, Kate Dolan’s You Are Not my Mother to Lynne Davison’s Mandrake, the genre has exploded in recent years and has given us a whole host of rural nightmares to contend with. 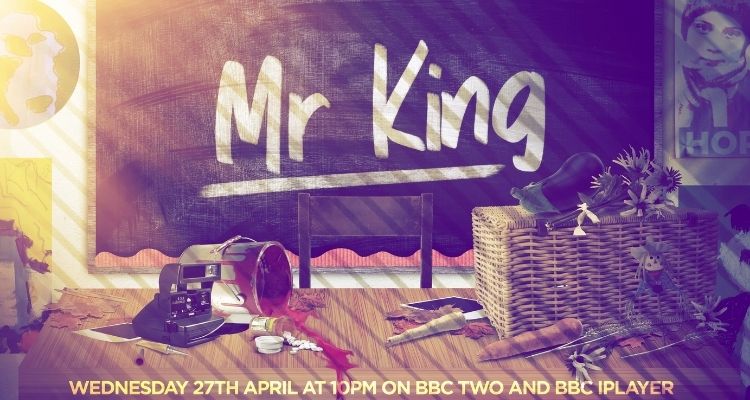 Which makes it all the more surprising that Inside No.9 have never gone to that particular well. The comedy of The League of Gentlemen was dripping with folk-horror trappings; look no further than Edward and Tubb’s ‘local shop for local people’, where you are as likely to be burned alive as to view the precious things of the shop. Crikey, Reece Shearsmith himself even gave a hilariously dark turn as a pagan devotee in In The Earth!

But boy was it worth the wait.

Primary School teacher Mr Curtis (Shearsmith) has transferred to a small rural town in Wales to kick-start his teaching career after running into difficulties with the pressures of teaching in an urban environment. Although welcomed with open arms by Head Teacher Mr Edwards (Pemberton, sporting one of the series’ greatest wigs to date), he is forced to compete with the children’s adoration for their former teacher Mr King who has gone ‘down-under’ travelling.

As some of the children push back against Mr Curtis’ presence, accusations of impropriety and despicable deeds raise their ugly head and cast a long shadow over the episode’s sunny disposition. Soon, Mr Curtis finds himself unearthing a darkness that is far older and far deeper than any he can imagine, leading to an ending of chock full of pagan nightmare and bloody ritual. 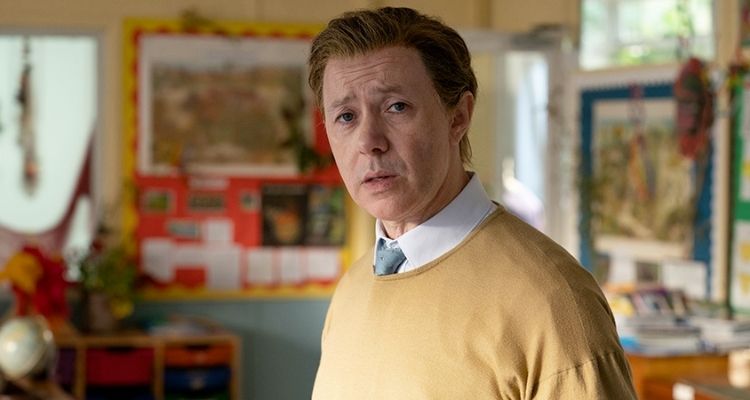 Mr King is a masterful example of Inside No.9 firing on all cylinders. A great, simple idea that is executed with such a deft touch and slow build that when the horrifying ending comes, it hits the audience like a tonne of bricks from above.

Welcomed in by the quiet, old-fashioned community (where the infiltration of e-mail and pop culture seem to have been stunted around 1987), the looming spectre of the talented Mr King looms large over the episode. Mr Curtis is unable to bond with the class in the way that his predecessor had; Mr King is a figure who seems to hold a reverence among staff and children alike. Watching him dig into the mystery of Mr King is exciting and rewarding for horror buffs who may clock where this one is heading just before it tips its hand.

Pemberton’s Mr Edwards is a wonderfully created character. His dodgy wig, scattershot facial hair and avuncular attitude make for a funny and unusual presence on first watch (he is a character who would feel very much at home in Royston Vasey), but when the episode reveals itself he cuts a much more sinister figure who is clearly from the same cloth as The Wicker Man’s terrifying Lord Summerisle.

British television stalwart Annette Badland, fresh from yelling at regulars as pub landlady Mae on Ted Lasso, is school cleaner Winnie; a broad caricature who delivers some wonderfully crafted Carry On–esque lines, the comedy serves only to make her transformation at the episode’s end all the more shocking.

Shearsmith’s Mr Curtis is difficult character to get a hold of. Though clearly passionate about teaching, his occasional outbursts of anger and awkward demeanour make it clear that his past may not be as far behind him as he would like. His character runs through an emotional gamut (at times villainous, at times heroic) before he runs headlong into an ending that was inevitable from the moment he agreed to step into Mr King’s shoes.

Any long-time readers of my work will know that I am a sucker for creepy children in horror, and ‘Mr King’ delivers on that trope with a wry and knowing nod. The kids are all uniformly excellent (most of whom are not trained actors) and feel very natural; their ‘normalness’ actually accentuates the unease that the episode builds, leading to a third act assembly that feels familiar and horribly monstrous (a feeling that many parent dragged to school shows can relate to, though without so much ritual sacrifice). Elin Owen as Ceri carries the bulk of the children’s moments and gives a good performance as a troubled young girl with a dark connection to the secrets of the school. 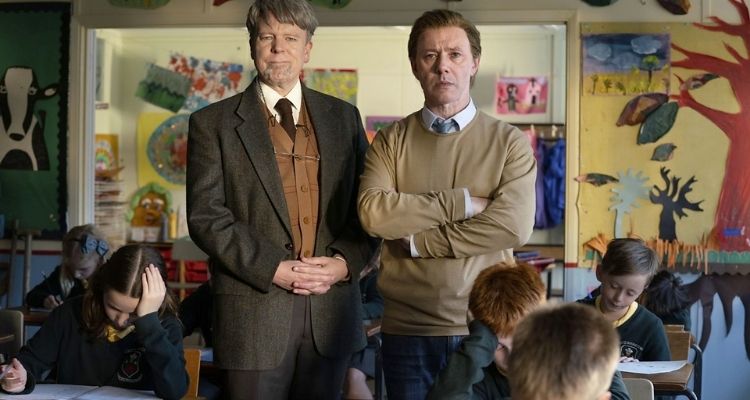 The classroom is decorated with unusual imagery that hint darkly at the episode’s climax, but first time Inside No.9 director Louise Hooper does a great job at keeping the audience guessing. While the episode zips along, Hooper ensures that we take enough time to explore the avenue of each plotline to keep the ambiguity of the episode’s real intentions intact until the final moments. Her shooting of the episode’s final act is masterful, and the subtle shift in tone arrives in moments of incremental horror that creeps into the pores. I hope she is given the reigns again somewhere down the line.

As the children’s assembly darkens to a pitch-black crescendo, with a John Barleycorn rendition thrown in for a terrifying and unnerving effect, the camera puts us in Mr Curtis’ shoes in a showstopping set-piece that harkens back to one of the greatest beats in folk-horror. Watching Mr Curtis’ horrible dawning realisation of precisely why he has been chosen to replace Mr King fills the audience with that cold, gnawing dread that the boys have harnessed so expertly many times before. Edward Woodward would be nodding in sympathetic understanding…

An episode that pushes all of my horror buttons, ‘Mr King’ is top tier Inside No.9; a funny, occasionally silly, dark, scary and twisting slice of television. And seven series in, that Shearsmith and Pemberton are able to continually create work of such calibre is in to be marvelled at.