There was a worrying point around the six- or seven-minute mark of this week’s Inside No.9 where I was genuinely concerned that we were staring down the barrel of the season’s first real misstep. The dialogue was cliched, the characterisation of our protagonist was bordering on ludicrous and the ‘on the edge copper’ trope was wearing much too thin by even that early point. Only Pemberton’s beguiling assistant character was holding my interest, so unusual a presence was he in what was shaping up to be a bog-standard procedural with a twist. 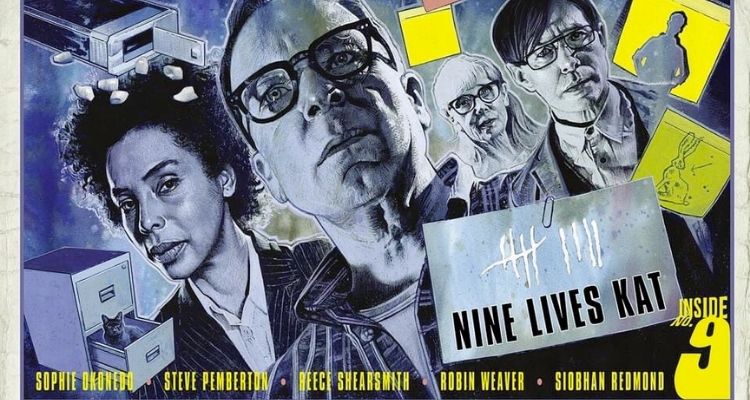 As ever, Inside No.9 managed to confound my expectations by wrongfooting me from the off.

(I should note from this point on, this will be one the few Inside No.9 episodes I will review that includes spoilers. There really is no other way to talk about the winding nature of this particular tale.)

Nine Lives Kat (a fabulously clumsy stretch of a title) tells the story of hard-boiled copper Kat (Sophie Okonedo) as she desperately tries to piece together the case of a missing boy. The fact that Kat intends to do this from the confines of her sparsely decorated flat while living on bowls of vodka filled Coco-Pops doesn’t seem to deter her no-nonsense determination a single bit. Her assistant, Ezra (Steve Pemberton), seems at odds with Kat; at once amused by her hard-drinking lifestyle as much as confused by it, he bounces ideas off her in a bid to move the story along. Before she can get a hold on the case, Kat finds herself waking up in bed again, with no idea of how much time has passed or what has happened. 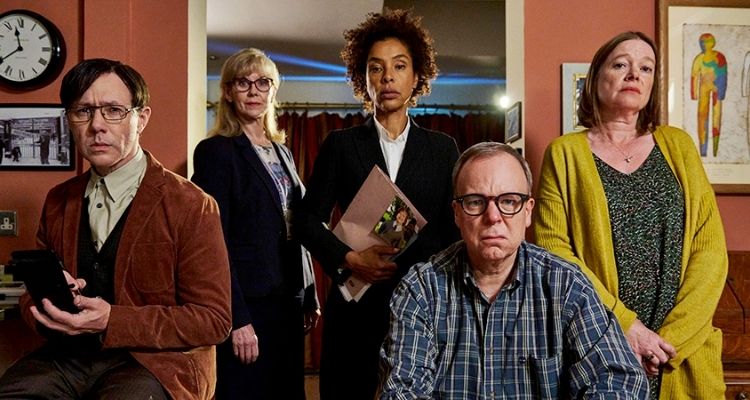 Kat is a character made up by budding writer Ezra looking for his first mainstream hit. Riddled with clichés and one note character beats, Kat is consigned to the back of Ezra’s mind when a new character (Barnabus Bull, played with a sense of gleeful pomposity by Reece Shearsmith) enters the fray and steals the limelight.

‘Nine Lives Kat’ is a fun if somewhat messy episode of Inside No.9. Much like last season’s ‘Simon Says‘, ‘Nine Lives Kat’ has a lot to say about the creative industries where Reece and Steve have worked much of their lives; with Ezra cognisant of what type of characters will appeal to the broadest audience, he finds himself tailoring his scripts and novels in ways that may be creatively bankrupt while being financially lucrative. All the while poor Kat is left to gather dust at the bottom of a drawer somewhere….

The episode harkens back to some of the meta-narrative that The League of Gentlemen’s Apocalypse tapped into back in 2005, though with a much twistier resolution that unfortunately falls a little flat.

Such is the nature of the tale, guest star Sophie Okonedo feels a little wasted in a role that is purposefully vague and ill defined. When she is allowed to inject a it more menace into Kat in the episode’s final act, you do get a small sliver of the talent she has.

Steve gets much of the meat of the episode and amusingly plays a budding writer far too impressed by far with his own talents. His interplay with his creations creates some fun scenes; in particular his back and forth with Shearsmith’s absurd Barnabus Bull (a detective savant caricature in the vein of Tony Shalhoub’s Monk) leads the episode down some amusing avenues as he insists on being played by Matt Damon in the television adaptation. 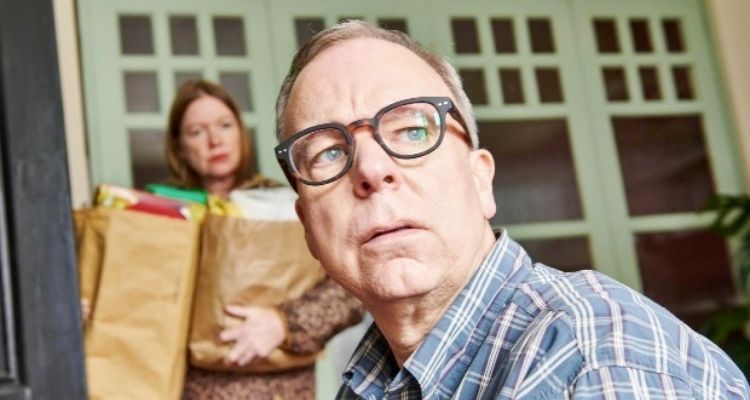 Given the recent news that Inside No.9 is being remade for American audiences, that might not be too far away from reality one day…

When Ezra is suddenly confronted with some real-life consequences to his treatment of his discarded characters, the episode feels as though it is about to slide its tone from surrealist examination of the creative process to outright horror. Suspecting his step-son may have been abducted by the woman who lives only in his head, Ezra discovers some unsettling truths about his own situation.

The set design and audio cues do a lot of work in this episode as a neat shorthand to hammer home the truth of Kat’s plight. The script is full of dialogue that is both purposefully hokey and rote, and on the rewatch the double-edged meaning of much of the characters lines stick out like a sore thumb. 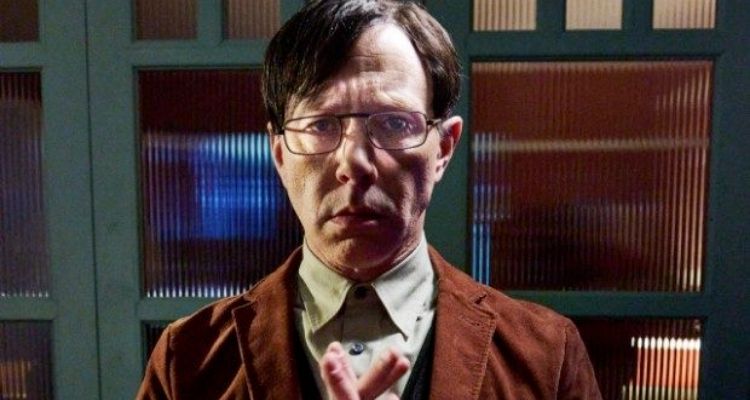 The last act of the episode reinforces some troubling imagery (the faceless child is a memorable bit of nightmare fodder) and really elicits a few chills as the story travels down some unexpected paths.

Unfortunately, the episode’s final twist proves to be one too many; while I appreciate the nature of the story Shearsmith and Pemberton were going for, this final twist on top of twist on top of twist almost brings the entire episode crashing down around them. But in a series where even the weakest episodes are stronger than many other series’ strongest, it is hardly a damning indictment to describe ‘Nine Lives Kat’ as one of the boy’s lesser endeavours.