Inside No. 9 Review: Simon Says

The relationship between fan and creator has always been a delicate balancing act. Look no further than Game of Thrones for one of the most recent examples of a relationship torn apart by perceived disappointments; Benioff and Weiss could do no wrong for six years in the wilds of Westeros, but with a hurried and at times unsatisfying final season, the internet decided en masse that they were fraudsters who didn’t love the show the way the fans did. 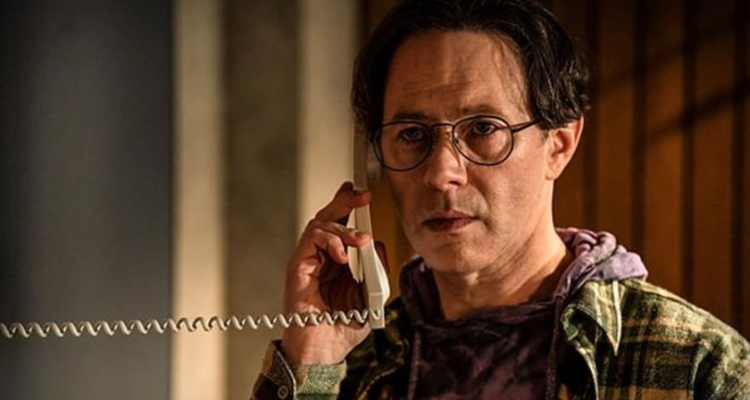 It is an issue that exists across all mediums; in 2013, the creators of the Mass Effect videogame series hurriedly ushered out an update to amend the ending of their galaxy spanning trilogy after a backlash of disappointment; an army of angry and entitled fans lobbied Warner Brothers for years to restore divisive film maker Zack Snyder’s original cut of Justice League, to mixed results.

At what point does the creative endeavour become a part of the public domain, no longer owned by the mind that crafted it but rather co-opted by the fans who love it? This is at the heart of this week’s decidedly dark and grim episode of Inside No.9.

Simon Says sees a battle of wills between showrunner and writer of a dark fantasy drama The Ninth Circle, Spencer (Steve Pemberton), and uber fan Simon (Reece Shearsmith) who blackmails and schemes his way into his idol’s home. With video footage of Spencer accidentally killing a fan outside a nightclub, Simon insists that the writer re-write the disappointing ending of his series finale (“It was a diminuendo!”) and fill the entire endeavour with fan service and fluff. 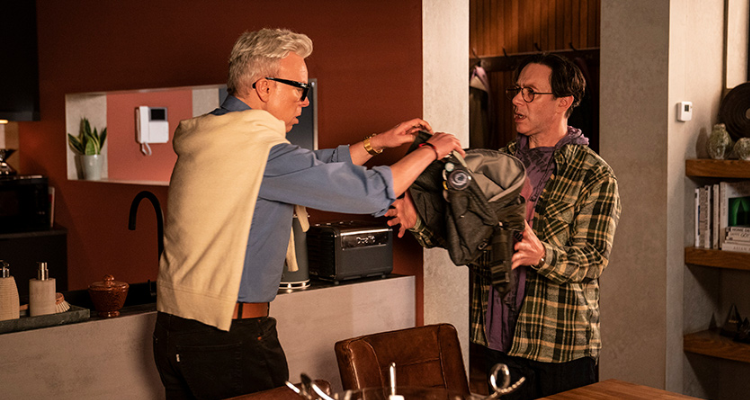 Reece Shearsmith creates an impressively entitled and deeply disturbing mega-fan in Simon, a man who could go toe-to-toe with Annie Wilkes in terms of derangement and determination. At first sympathetic and seemingly harmless, Shearsmith flicks a switch and becomes a menacing and unwanted muse, forcing Spencer’s writing back to the land of The Ninth Circle and to creative compromise.

At times the portrayal of toxic fandom feels a little overwhelming, with Simon displaying all the cliched and negative hallmarks of the kind of fans that obsess over these shows. Thankfully, the always likeable Nick Mohammed (Ted Lasso) shows up to give us a softer side of the fandom, the ying to Simon’s yang. Kind-hearted and softly spoken, his speech to Spencer about what the show has meant to him and the entire of community of fans is touching and relatable and really offsets the more unhinged side of Simon.

Steve Pemberton’s Spencer convinces as an obnoxious and driven man unwilling to engage with or listen to the people who have embraced his work. Cold and self-serving, his aloof demeanour and magnificent quiff make him a protagonist that is hard to warm to or feel much in the way of sympathy for. He straddles the line between hero and villain with a malleable morality that is at times chilling. But then, isn’t that the point?

‘Simon Says’ does a terrific job in mimicking the kind of moral ambiguity that Game of Thrones thrived on for years; at times it feels as though the fictional world that Spencer created is slowly bleeding through to the real one, with motives complicated and morality compromised on our way to an ending with more twists and turns than a Twilight Zone marathon.

Peppered with digs at the genre and fandom throughout, the script manages to raise a few smiles as it goes about its dark business. Questions aimed at the showrunner about the minutia of a scene, obsessed over by the fans, are discarded with disdain by the man who wrote it (“I don’t fucking know! It was ten years ago!”). A knowing contempt for the proliferation of fan media (“I have a podcast.” “Of course you fucking do”) runs parallel with the episode’s disregard for the pomposity aching from certain genre TV (“All that Dungeons and Dragons stuff leaves me cold,” dismisses Spencer’s agent, the terrific Lindsay Duncan in a cameo role). 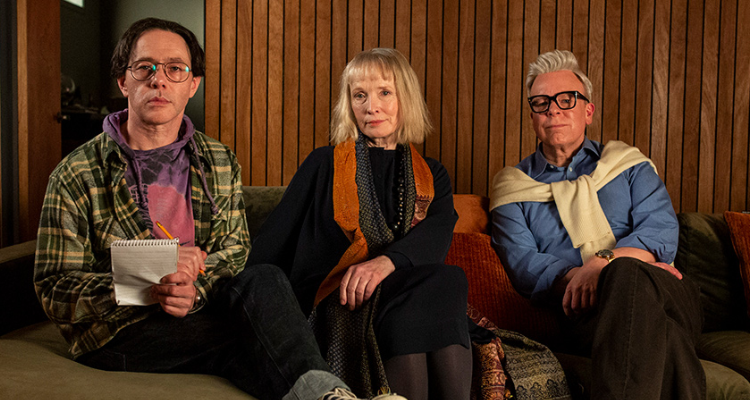 ‘Simon Says’ features a truly nasty moment of murder as we approach the denouement, a scene played in silence save for the thrashing and dying murmurs of one of our characters. Reminiscent of a similar moment in the utterly brilliant Promising Young Woman, Inside No.9 reminds us that from time to time it is capable of shocking the audience with moments of unflinching violence that will haunt the viewer long after. The episode ends on a note of black-hearted triumph for one member of the cast, glaring at the audience as he commences his victory lap around proceedings, the transformation to evil King all but complete.

A television writer once wrote “Give the audience what they need, not what they want”.