Inside No. 9 Review: Wise Owl

The public service information films of the seventies and eighties are infamous to an entire generation of Brits; a series of macabre, unusually disturbing and po-faced warnings about the everyday dangers all around us from electricity pylons to shallow pools of water. Indeed, it seemed as a school kid growing up in the UK, the grim spectre of death was just around every corner waiting to lure us onto a train-track or encourage us to climb an electricity pylon. Tapping into the lingering fear that these films left seared into the minds of a generation, Inside No.9 this week crafts a dark and sinister tale where the supernatural is merely an afterthought as the horrors of reality prove to be far more damaging. 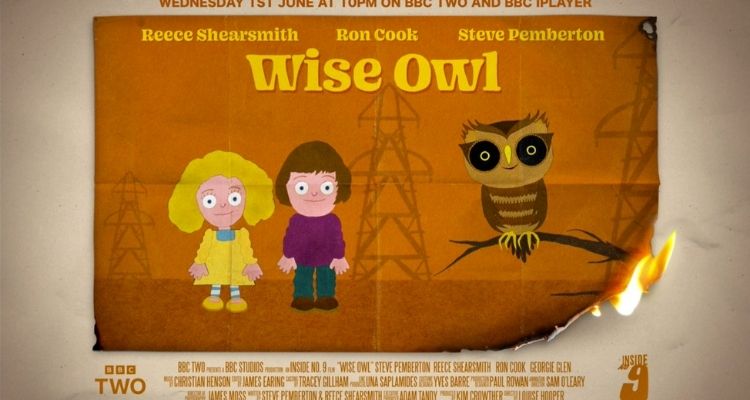 Wise Owl is presented to the audience as a series of the above films designed to keep children safe from the various dangers of the world around them. While we follow Ronnie (Shearsmith in a remarkable wig this week) pottering around his family home with dark intentions, his vignettes are interspersed with the animated films of Wise Owl. Each of these films offer advice to an animated version of Ronnie and his sister as children, the weird and shaky animation style of the films adding to the unease of the piece.

“Don’t be a Twit-You”, the Wise Owl warns the children as they almost succumb to stranger-danger or electrical mishaps; however, the animations blacken with each return, hinting at a dark tragedy that haunts adult Ronnie to this day. 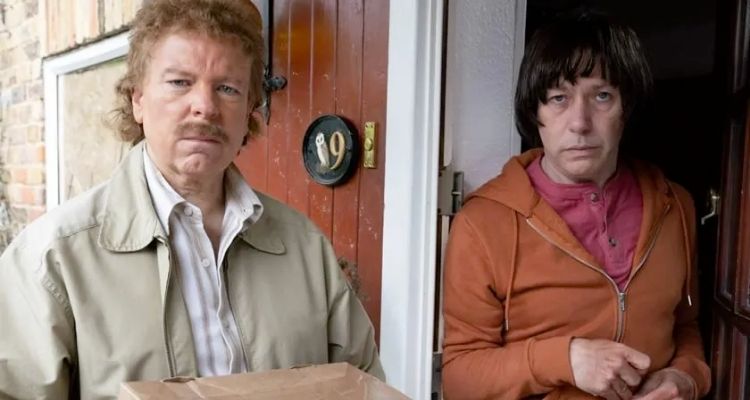 ‘Wise Owl’ is peppered with knowing nods to the children’s television that I (and many viewers of the show) had grown up with. And it is in rooting the story with that kind of familiarity that really accentuates the gnawing sense of fear that seems to be lurking just below the artifice of normality. Director Louise Hooper paints a desperately sad tableau, where the ache of nostalgia that infects the tone of the tale feels like a palpable presence. Coupled with the astounding ‘Mr King‘, Hooper is responsible for directing season seven’s two most impressive episodes. I hope she is a fixture for the recently announced series eight and nine given the quality of the work on show here.

Shearsmith is front and centre on ‘Wise Owl’ and his particular brand of repressed sadness is a perfect fit for the haunted and tortured Ronnie. Similar to the restrained grief on display in ‘Diddle Diddle Dumpling’ (still my favourite Inside No.9), Shearsmith gives a wonderful portrayal of a broken man struggling to come to terms with the atrocities that have scarred the landscape of his past.

In the episode’s final act, Ron Cook arrives as Ronnie’s father Wilf who, as it transpires, is the voice and creator of the Wise Owl videos. A self-pitying, gaslighting abuser, Wilf is an all too human monster who looms large over the episode before his arrival. Ron Cook is admirably horrible in the role and creates a detestable human being whose downfall is easy to root for.

But the other star of the episode is the animation itself, created specifically for the episode by the very talented Sam O’Leary. Aping the animation style of the Charlie Says films, the shorts look as though they could really have come from the period that they are aping, with everything about the images just slightly off (why does wise owl have a full mouth of teeth below his beak??). 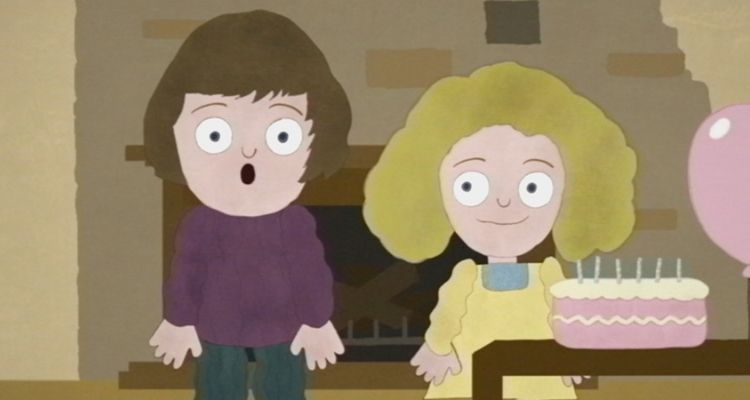 Speaking on the Inside Inside No.9 podcast, O’Leary talks about the great lengths he went to in order to make sure that they captured the feel and tone of those original messages. And capture them he has; as the shorts gradually darken to reveal the grim and unsettling history of Ronnie and his family, the seamless move from sensible advice to terrifying demands is horribly sad.

Dealing with issues of child abuse and horrific betrayal, ‘Wise Owl’ is an episode that many may find desperately sad and triggering. A mid-episode nightmare scene delivers one of Inside No.9’s scariest moments in the midst of a tale that is understated in its use of very real horrors. When Ronnie is confronted by an enormous, terrifying figure in the dark of night, you can almost feel a collective gasp from the audience across the nation. 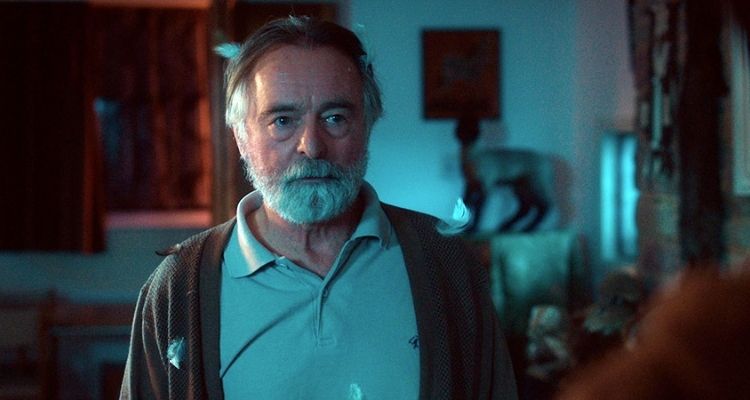 And yet in the midst of all the blackness, ‘Wise Owl’ still finds the time to raise a chuckle when Steve Pemberton’s neighbour shows up to request some taxidermy for his daughter’s poor bunny-rabbit, Ferarri. The reveal of Ronnie’s ‘expert’ work on the rabbit was a wonderfully funny moment, almost as much as Pemberton’s enraged response. It never fails to amaze me that the boys are able to insert these little moments of levity regardless of how dark the tale, and it never seems to break the tone of the piece.

And so, as season seven of Inside No.9 comes to a close, ‘Wise Owl’ decides to subvert all expectations and deliver an ending that is hopeful and, dare I whisper it, on the verge of being happy? The twist here is that the story does not dive into the well of darkness that seems inevitable from all that has gone before, but rather that it ends with a spark of hope and a desire for justice above revenge.

Catch up with all Inside No. 9 episodes on BBC iPlayer