Whatever your thoughts might be about Kickstarter,  Indiegogo and other crowdfunding platforms, one thing is for sure — it gives grassroots talent the opportunity to actually gain a budget and make content, where normally they may have struggled to do so.

We’re always keen to support the most interesting campaigns, and let me tell you, Black Lake has certainly peaked our interest. 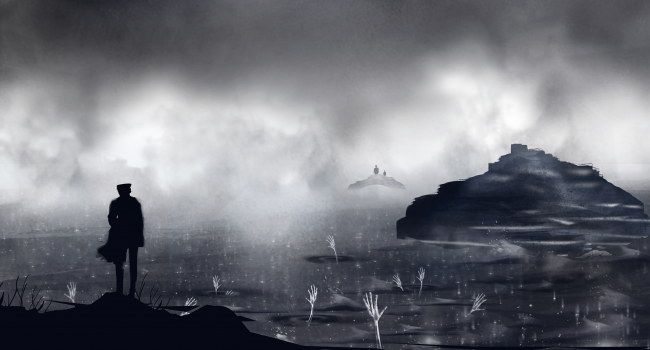 The story of this animated horror short centers around a man who wakes in a dark, foggy, beautiful, yet hostile world after causing a fatal car crash. He navigates this place, initially spellbound by its stunning ethereal nature, and a pitch black lake with small floating stars.

Dread quickly sets in as he realises the malevolent dangers lurking beneath the surface of this half-dead world. He is forced to confront his darkest fears and face the ultimate sacrifice to escape. 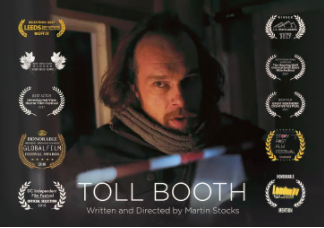 This is the follow-up to Martin Stocks’ (writer/director) short thriller Toll Booth.

James Wren is producing, having made several feature films. The Man You’re Not features Reece Sheersmith and Joanna Lumley, and premiered at the recent East London Film Festival. He also produced short horror/comedy The Monster with Film London, which screened at over 50 festivals and won numerous awards.

Gabhriela Swan is on board as concept artist and has produced several pieces of artwork which capture the stark beauty of this world and our visual ambitions.

What they’re looking for

Of course, the Black Lake team need people to donate to their Indigogo campaign to help bring the project to life. 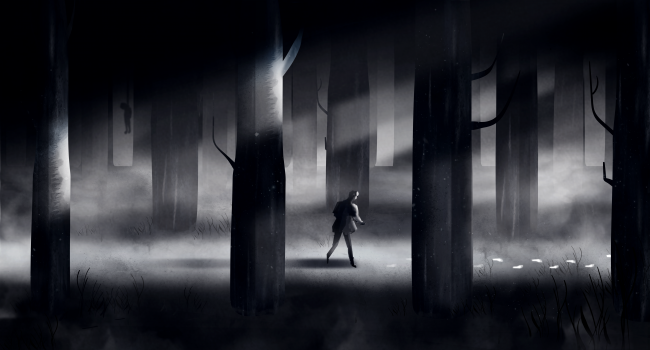 They have all sorts of fun perks including original concept art, cinema screenings and even a promotional film. Every donation of £10 or more will be invited to a cinema screening of the teams’ previous work, and given a free drink. At the higher end, you can have a character animated based on your face for £1,000. For £2,000, the experienced, award-winning team will produce a professional promotional film for you or your organisation.

They have experienced and talented animation consultants on board for the project. However, they are still looking for a lead animator/s, and to partner with production companies with a strong track-record in producing ambitious animation projects like this. If you know anyone please let us know and we’ll hook them up.

Most of all, the Black Lake team need everyone to share this project on social media to increase their visibility and help them reach more potential donors.  Their Twitter handle is @BlackLakefilm, and you can also find them on Facebook @BlackLakefilm.

The crowdfunding runs until May 28th. The entire team will be utterly grateful for any help you can send their way.  Thanks for reading!