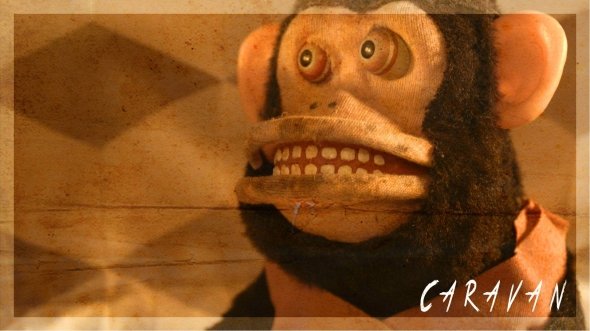 If you’ve been following some of the projects that The London Horror Society has been involved with, then you would have heard about Early Bird – our first foray into feature-film making.  You might also have seen that it failed to secure a chunk of funding through crowd sourcing — a fate that a number of budding (and some far more seasoned) film makers have succumbed to additionally.

Early Bird (thankfully) still managed to see the light of day, but many great projects that miss their targets don’t. Which is why it’s great to hear about the occasional success story to come out of this new style of budget-building.  Caravan is one such project, having secured it’s target earlier this month on the lesser-known platform Pozible.

The film is the brainchild of Nathan Lacey and Sarah Brims, who hail from Perth, Western Australia. It’s a cautionary tale set in the 90’s which follows a young family on a road-trip. As night falls the family pull in for a routine rest-stop where their caravan is invaded by a malevolent intruder.

Certain members of the LHS staff have an unashamed love for various Ozploitation films, so we’re particularly keen to follow this and see how it gets on.  We’ll be sure to post a review once it gets out of post-production, but for now, check out their Pozible page to see what they’ve accomplished already.