For those of you at last weekend’s Frightfest festival in London, you might have caught an intriguing ‘proof of concept’ short film called Crypt. 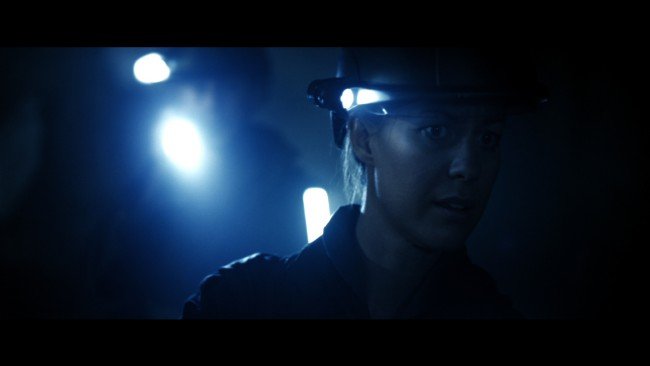 If you weren’t at the festival, there’s good news. Crypt is now available for everyone to see!

To keep everyone on the loop, a ‘proof of concept’ film is sort of industry slang for ‘a test’ almost. It’s a little like a trailer, but more lengthy — like a short film. It’s not quite a body of work in itself, but aims to intrigue audiences enough that it proves the concept could be successful if made into a full feature film.

What it is, however, is pretty fun, and certainly worth checking out!  It looks like it could end up being a cross between Brit-favourites Creep and The Descent — which is no bad thing in our eyes.

One thing that fills us with confidence is that the team behind Crypt certainly have their roots in horror. The director is Eitan Arrusi (REVERB, BURN: CYCLE, LONG TIME DEAD) and producer is Michael Elliott of Emu Films (JAWBONE, THE GOOB and CATCH ME DADDY).

So, what’s the story?

A devastating explosion traps workers deep in the tunnels under London. Jed and his team of salvage and rescue experts are called in to save them. What they uncover is a secret that has lain dormant for thousands of years. Now, trapped underground, their only mission is survival.

Check it out for yourself below, and do let us know what you think!