Ever wondered if moving to London from the US is a seamless transition?  So did first-time director James Walker.  Introducing: Dark Journey. 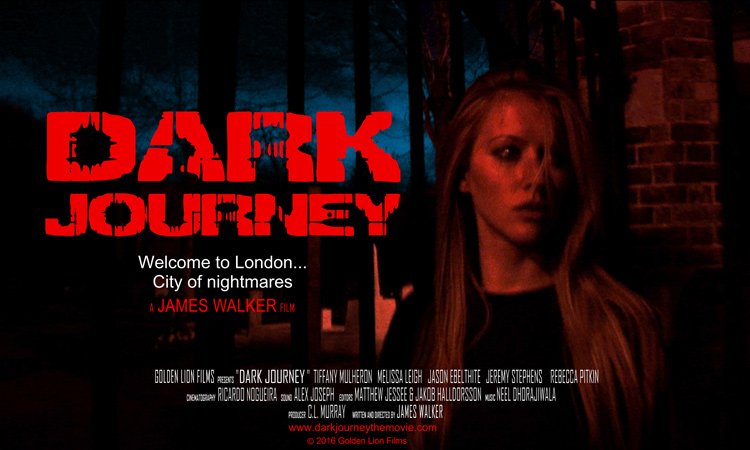 James came up with the idea for this supernatural story whilst walking one evening in his local area of Hampstead, which, due to the buildings and narrow streets, has an eerie and haunted look after dark.

He decided to write a story about a naive and vulnerable musician called Kelly (Tiffany Mulheron: Rock ‘n’ Rolla, Hollyoaks) who moves over to London from the United States, and rents a flat in leafy NW3.

When she arrives, she finds herself stranded by her band. In her adolescent search for self-awareness, she ends up befriending the locals of Hampstead Heath.

However, with crisis developing back home, an obnoxiously seedy landlord named Harry, and the growing realisation that her new found ‘friends’ are hell bent on a demonic ravishing, she ends up struggling with her own sanity, sexuality and identity.

Through nightmares and visions, Kelly is brought back deep into Hampstead’s murky and secret past.

Lonely, isolated and tormented, a thoroughly disenchanted Kelly finally morphs into a sexy vamp with attitude in response to the remorseless and pitiless city which is 21st century London.

Dark Journey is available to buy on Amazon and other film platforms. For more information, check out the film’s website.