Lucidity, a short psychological horror, revolves around lucid dreaming; knowing you are in a dream and being able to manipulate it. 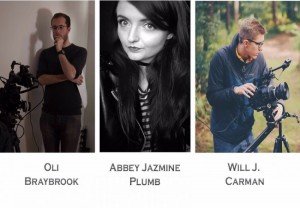 The plot follows Daniel, an office worker, who makes questionable life choices, and his frankly miserable life. On top of this, he is suffering from a repetitive nightmare, being beaten and bloodied, tied to a chair without escape.

One night, he experiences his first lucid dream, which sparks him to make changes in his life and delve into his nightmares to discover their meaning. Will he find the answers he searches for or will his nightmares engulf his life?

The story was written by Oli Braybrook, who will also be directing the piece. He has produced and directed several short films this year, along with producing a 3-part TV pilot for Nottingham-based Coalescent Films called Print.

In addition, Will J. Carman has signed on to be Cinematographer, (he also worked on Print) and is widely regarded as one of the top Cinematographers coming out of the Midlands.  Finally, we were pleased to learn that the superbly talented Jayne Hyman is doing the SFX. You might have already seen her work in the award winning short Cannibals and Carpet fitters, that we screened as part of our evening at the Unrestricted View Horror Festival.

The team behind the project are now entering the final crowdfunding push, so if you can give them a like or a share, they’ll be incredibly grateful!  You can see the campaign for yourself right here.