First things first, let me quickly prewarn you that this is pretty different to what we usually champion. You see, Our Song isn’t actually a horror film… 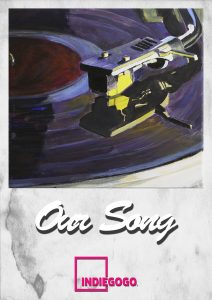 So exactly why are we getting behind it?

Firstly, we know there’s a good few sci-fi fans amongst you out there, and this might well be your cup of tea…

Secondly, it’s from British writer/director Scott Lyus who has a real pedigree in indie horror, being responsible for the festival hits Silently Within Your Shadow and Echoes of the Passed. And we’re always keen to support the horror community in whatever they do… even if it’s slightly outside of the box!

Our Song is a short sci-fi drama that follows Emily, a dementia patient, and her husband Jack as they look back at their favourite memories from days gone by.

The film is particularly close to Scott’s heart, and maybe his most personal to date, as he explains:

“Our Song is inspired by my Nan’s battle over the last 4 years with Dementia and how during that time music has helped her reconnect with some of her hard to remember memories. And with recent advancements made in the technical field to help people suffering with Dementia, I wanted to create a film that not only gives a voice to those living with this horrible disease but also take a hopeful look at how technology could help reconnect patients with their fading memories in the near future”. 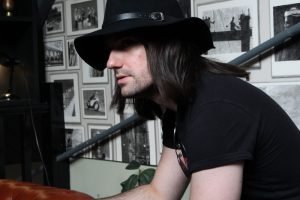 Our Song will launch its Indiegogo Campaign on June 1st, and sees the tried and tested team that created the aforementioned Silently Within Your Shadow and Echoes of the Passed return to bring this short film to life; including DOP Sharad Patel and Co-Producer Chris Nials.

There also promises an amazing cast for the two lead roles, which will be announced on the campaign’s launch date.

As we always say, any help is always appreciated when it comes to projects like this, even if it’s simply sharing on social networks to get the word out there. Then of course there’s the usual plethora of cool perks up for grabs for all Indiegogo contributors, including Associate and Executive Producer credits.

Lyus assures us that “Our Song will be a film that will make you laugh, make you cry and one you’ll be proud to be a part of. The aim is to shine a spotlight on Dementia and those suffering with it, giving them a much needed voice”.

Our Song promises to be a sci-fi drama with a lot of heart and an extremely important
message behind it. So if you want to join the team and help bring this film to life please head on over to Indiegogo on June 1st and help us spread the word. We can’t do this without you!