Introducing: Powertool Cheerleaders vs The Boyband of the Screeching Dead

Yep – you read that title right.

A new film is underway from Jinx Media LTD and it’s a full-tilt horror/comedy/musical featuring toe-tapping songs and geysers of gore. 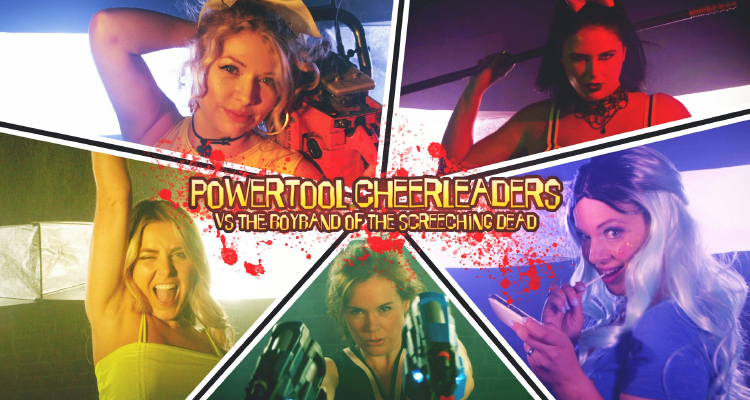 On the eve of a televised talent show, an enthusiastic but dysfunctional cheerleading troop is on the brink of falling apart.

But when a cursed necklace turns their rival act into a screeching gang of zombies, the girls must learn to use their wits, friendship and assorted powertools before the TV finale takes a turn for the apocalyptic…

To get this film up and running, they’re looking for some help.

In return for backing their project they’ve got some awesome perks available. From digital downloads of the film to having your groan help voice the zombies (complete with IMDb credit), there is something for everyone.

Check out their kickstarter here

Written and directed by Pat Higgins and produced and starring Charlie Bond, this film is sure to give you ridiculous gore, loveable characters, and eye-popping visuals.