Kickstarter campaign alert! And this one is a little different… Introducing the fantastic new rock-horror comic, Rock In Purgatory!

Rock In Purgatory has been running in Popcorn Horror magazine for just over a year. Each strip features the untimely demise of a fictional rock star, with plenty of sex, drugs and rock ‘n’ roll to boot.

Originally run as single page stories, this collection will include longer tales unpublished elsewhere. You’ll follow black metal bands as they raise the devil, see the results of combining spilled beer with bad electrical wiring, watch a hardcore band literally bring the house down and discover the pitfalls of sharing a stage with angle grinder performers. 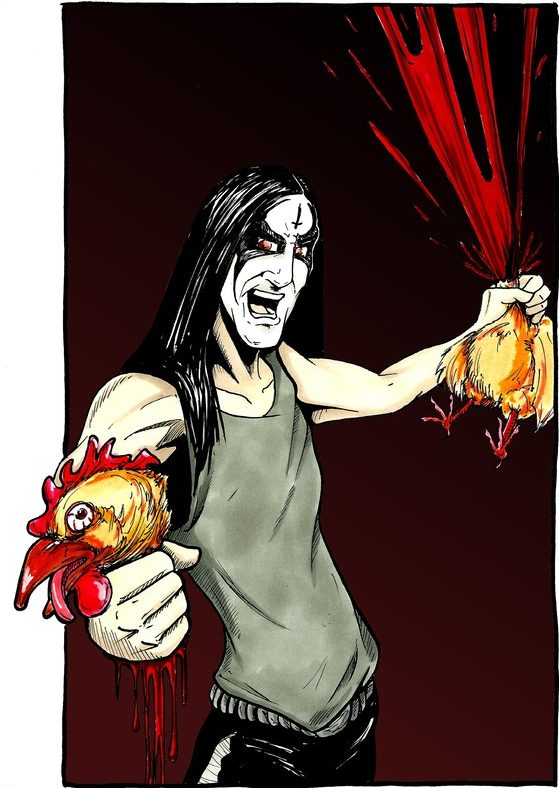 But this isn’t just a rockin’ comic book. Alongside all strips from the first series, the collection will feature nods to popular metal publications such as Kerrang! and Metal Hammer.

There are tour adverts, instrument endorsements and even a central poster pull out section. Plus, you can read articles about some of the real events and bands which have influenced the stories. And where would we be without a backstage area? In these sections there will be concept art and process articles, showing you what goes on behind the scenes on Rock In Purgatory.

You can click right here if you want to see their campaign.  I know they’d be incredibly grateful!  In the meantime, check out this sample page.  Enjoy! 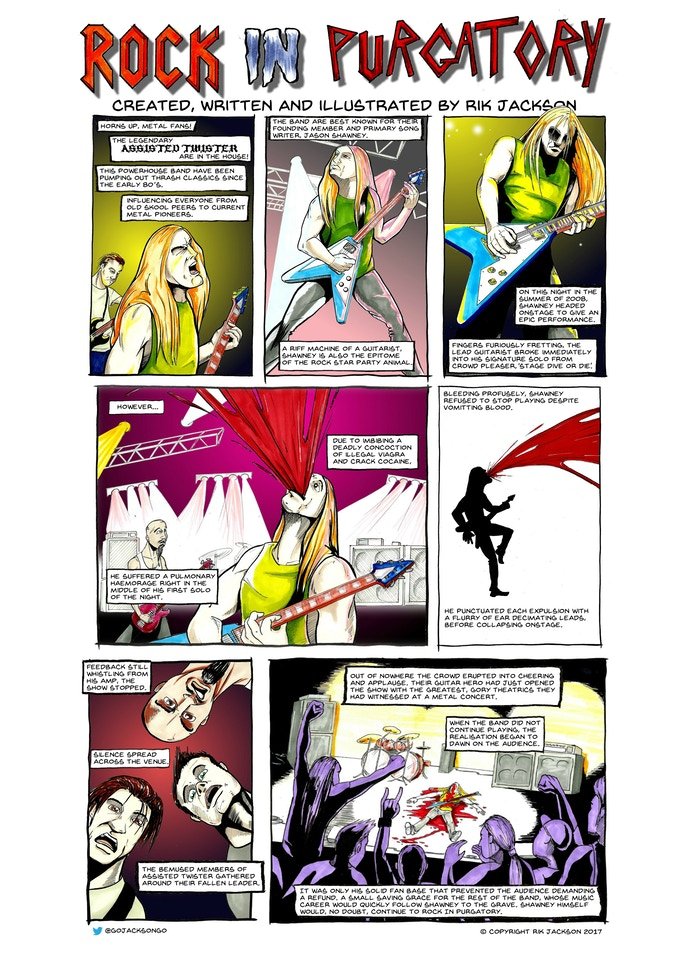