We’re back with another night of short film screenings!  This members-only event will take place on Saturday 26th November at The King and Queen pub, Foley Street (near to Goodge Street, Warren Street and Great Portland Street Stations). Doors open at 6:30pm for a 7:15pm start.

And what a line up we have…

To start, we have 2 films that we screened as part of the LHS-curated evening at The Unrestricted View Horror Festival. First up is Dissociative, by Damon Rickard.

Frank wakes up to find his wife dead but with no memory of what happened. He needs to know who killed her but an unseen hand may be guiding his dark fate.

Next we have the much-heralded The Stomach by Dan Dixon & Ben Steiner, fresh from its nomination for Best Short Film of the festival.

Frank’s had enough. A spirit medium whose unique and grotesque method of channeling the dead is putting his own life at risk, he wants out. But others, in this world and the next, have plans of their own. 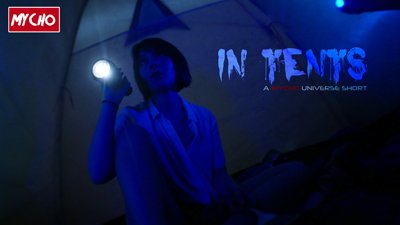 This film by Mycho Entertainment is a fine example of how you can make a great little film with no budget. Sara wakes in her tent in the middle of the night to find her boyfriend missing, but what is that noise outside and why is it coming closer? Things are starting to get ‘In Tents’.

Written and produced over 24 hours, In Tents is an experiment in bare bones production using minimal performers and locations to create a short, but chilling horror story. Shot in a living room in Milton Keynes UK. 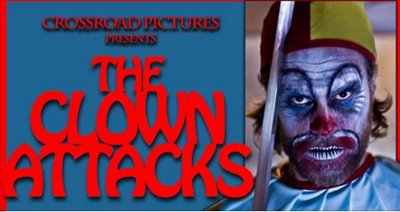 Presented by Crossroad Pictures (the brainchilds behind LHS favourite Silently Within Your Shadow), We’re delighted to be able to bring you The Clown Attacks, with writer and director Martin Stocks making his LHS debut.

Exploring what happens ‘when good clowns go bad’, this film takes a less-than-serious look at the rise of ‘scary clown’ sightings around the UK. 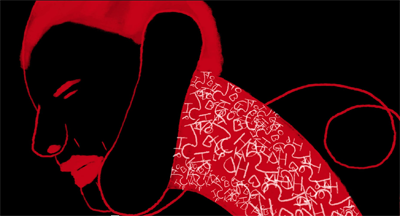 Fresh from their recent appearence at this year’s Frightfest, we’re excited to be able to show you two animated films from the brilliantly creative Mewlab.

First is Neck and Neck. In the marital bed the surreal sensuality enveloping Othello and Desdemona is disturbed by a dangling telephone. As the phone pours poison into Othello’s mind he transforms into a different entity with detrimental consequences for Desdemona.

Lady And The Tooth 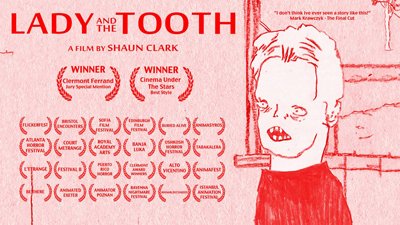 The other Mewlab film is Lady And The Tooth. When the most precious commodity in society are teeth there is only one way to conquer love… 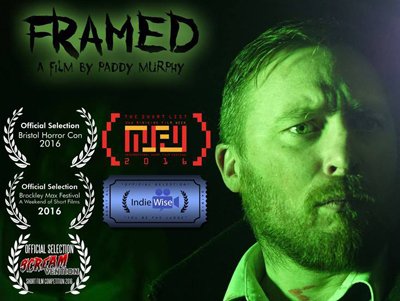 Another LHS debut here, this time from the brilliant team at Celtic Badger Media. Framed tells the story of a security guard covering for his friend in an abandoned warehouse who find’s out just how dangerous it is to be in the wrong place at the wrong time.

And lastly, we’re honoured to be able to bring you the directorial debut from Nicholas Vince (The Chatterer Cenobite from Hellraiser and Kinski from Nightbreed), the inaugural winner of the London Horror Society award.

Three friends miss the last tram home and walk through a dark country park. Uninvited, a sinister gentleman and his dog join them. As they walk, one hears a whisper, turns and vanishes. The others search, until they too hear whispers.

Nicholas will be presenting the film alongside some other cast and crew.

How do I get a ticket? And how much does it cost?

Firstly, tickets to the event will only be available to London Horror Society members.  What’s more, entry is 100% FREE.  Also, as always, tickets are available on a first-come-first-served basis. So please book now to avoid disappointment.

To ensure only members can get a ticket, the password you’ll be prompted for on the ticket page was sent in the most recent LHS newsletter (Friday 11th November).  If you’re having any problems, please email us and we’ll get you sorted! If you’re not a member, you can sign up for free here.  The password will then be sent to you in your welcome email.

Again, as space is limited, we are only able to allow each member to book 2 tickets. Huge apologies there, but we need to ensure we’re able to get as many of your fellow members in as we can.

If you have any questions, then please get in touch.  We look forward to seeing you there!