Join the London Horror Society and Fear: The Home of Horror for an online watchalong of the 1931 Universal Horror Classic, DRACULA

We’re celebrating the NBCUniversal online release of some of Universal Pictures’ most gruesome classic films ever made on one of the world’s biggest horror YouTube channels: ‘Fear: The Home of Horror.’

Join us in conversation on Twitter as we watch the online premiere of Dracula on Fear: The Home of Horror’s YouTube channel at 8:00pm on Friday, 15th January. 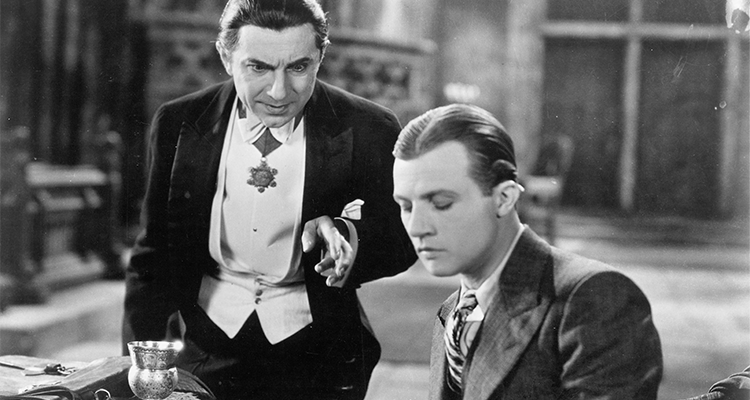 all images courtesy of Universal Pictures

Each film will premiere individually and be available to watch for seven days on the Fear: The Home of Horror YouTube channel. Additionally, during each film’s premiere week, fans will have the opportunity to add these films to their digital collection at a discounted price, allowing them to watch whenever they want, for as many times as they want!

Whether you are looking for a quick jump scare, for a collection of the most gruesome murders or just a re-watch of the most iconic scenes from the history of horror, Fear will be your destination.

The mysterious Count Dracula takes up residence in an old castle in London after arriving from Transylvania, quickly wreaking havoc, sucking the blood of young women, and turning them into vampires. When eminent alienist Dr. Seward summons his old friend, the great Dr. Abraham Van Helsing from Holland to examine his ill daughter Lucy, the presence of two red marks on her throat confirms she is the victim of the phenomena that took the life of her dearest friend Mina. As further investigation discovers Lucy to be under Dracula’s hypnotic power, Van Helsing is enlisted to put
a stop to the count’s never-ending bloodlust.