‘Some genres can die, but I don’t think horror ever will.’ — John Carpenter 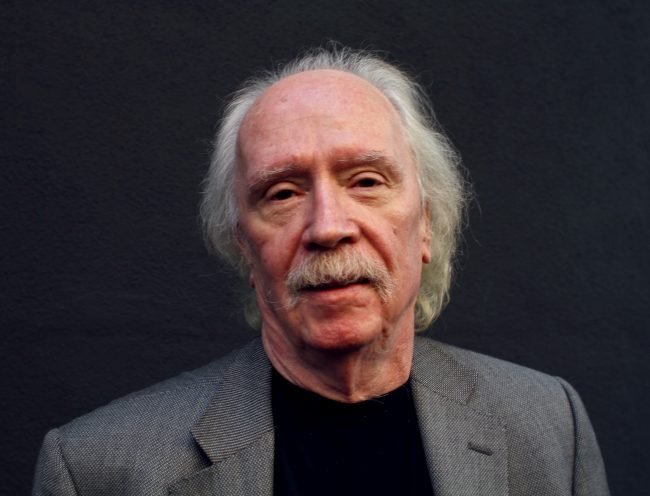 John Carpenter is a living legend. His graceful and indelible touch on the horror scene has left fans reeling from his directorial elegance and inspirational soundtracks.

Heralded as the master of horror, which his Twitter handle @TheHorrorMaster nicely suits, his directorial genius is only one string to his bow. Carpenter is equally as notable for his musicianship and composition skills, and is also a screen writer, producer and editor.

His interest in film production began when Carpenter was young, filming horror short films before he was even in high school. His ardour for production continued well into his studies, when he attended both the Western Kentucky University and the University of Southern California’s School of Cinematic Arts, yet dropped out to pursue his first feature film.

Since then, Carpenter has worked on both on television and on over thirty films, both behind the camera and on screen. Many of his films have followed on to become cult classics, such as They Live (1988) and The Thing (1982), yet his highest-grossing titles include Escape from L.A., Starman, and Halloween – topping at $47million.

He has also gone on to win a plethora of awards and well-deserved recognition. The director has been universally recognised for his brilliance, winning a Bram Stoker Award, nominated for numerous Saturn Awards and much more.

The first of John Carpenter’s films I saw was They Live, based on the story ‘Eight O’Clock in the Morning’ by Ray Nelson. Starring Roddy Piper and Keith David, They Live follows the discovery of an alien class who are ruling and manipulating society.

The growing apprehension towards increasing capitalism and economic deception anchors the film and, despite some younger viewers considering it outdated, its message remains strong and equally pertinent in our contemporary world.

Another favourite of John Carpenter’s œuvre is The Ward (2010). A relatively young film regarding the timespan of his work, it concerns itself with an institutionalised woman who is haunted by a former psychiatric patient. A supernatural and psychological horror, The Ward stars Amber Heard in its dignified and well-crafted production.

To hark back to a previous living tribute, Carpenter directed the film adaption of Stephen King’s Christine (1983), a film about a conscious and vicious Plymouth Fury car.

Not only did Carpenter polish the film with his infamous directorial touch, but alongside Alan Howarth, Carpenter composed one of the two soundtracks released with Christine. ‘Obsessed with the Car’, ‘Moochie’s Death’ and ‘Football Run/Kill Your Kids’ are just a few of the most chilling and unsettling of his virtuosic abilities presented in Christine.

John Carpenter the composer is just as lucrative as John Carpenter the director. His father was a music professor, and so it is not surprising that ‘maestro’ runs in his blood. The main theme for his film Halloween is one of his most famous, yet he has also won a Saturn Award for Best Music for Vampires (1998). His compositions are best collected in his latest album, Anthology: Movie Themes 1974-1998 (2017).

In a recent interview with The Guardian, when asked if he would like to be starting out as a director today, Carpenter responded with ‘probably not’ and that he would be ‘rejected’. For a man of manifold talents, the number of awards and box office hits to his name seem incongruous to his own image of dismissal.

Carpenter claimed in this interview that ‘some genres can die, but I don’t think horror ever will’. His work has undeniably had an inordinate impact on many directors who followed in Carpenter’s path. James Cameron, Quentin Tarantino, Edgar Wright and James Wan are a few names which have duly respected Carpenter as an influencer.

His directorial authority has been profitable in its ability to both appease and scare an entire generation and beyond.