Early Hammer Horror was known for their Dracula and Frankenstein films, but they did branch out into exciting one-offs. One of those being what we will explore here – The Man Who Could Cheat Death, based on Ralph Murphy’s The Man in Half Moon Street, which was based on a stage play by Barre Lyndon. A gothic tale of a man who does not want to face the march of time, with nods to Dorian Gray, Caligula, and Frankenstein…and here lies the root of the horror. 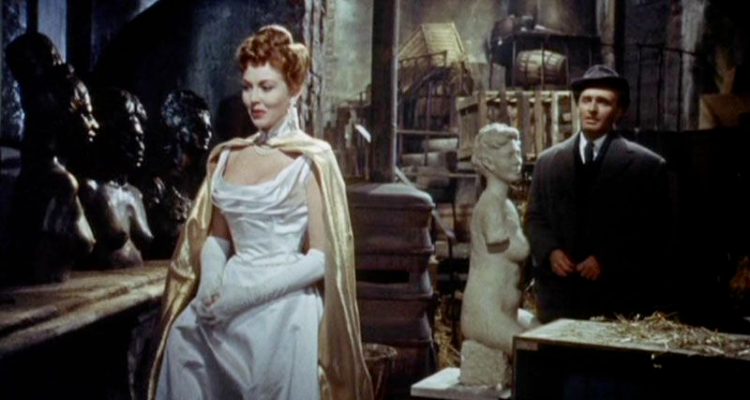 The fact that this feels like The Picture of Dorian Gray makes me sad that Hammer never did an out and out version of the Oscar Wilde piece.

Dr Georges Bonnet (Anton Diffring) has discovered how to live forever after a shocking, evil, and scary obsession which can quickly turn into a torment. In Paris, 1880, Bonnet is either slaying women or sculpting them. He is actually 104 but appears to be in his 30s – many a person’s dream. But, the horrible downside is that, in order to live forever, he needs the fresh parathyroid glands of some averse victims – hence the slaying of women to make into a chemical solution. If he does not have transplant surgery every ten years, he will age rapidly and die horrendously.

The signs that the gland is degrading come in the form of a green-faced and bug-eyed Bonnet. This was achieved by Roy Aston, who gives us remarkable make-up effects. One of the more shocking is the enduring marks left on the first victim (Delphi Lawrence) as if Bonnet had touched her with acid. Certainly better than the green light that is a precursor to ‘transformation distress’. 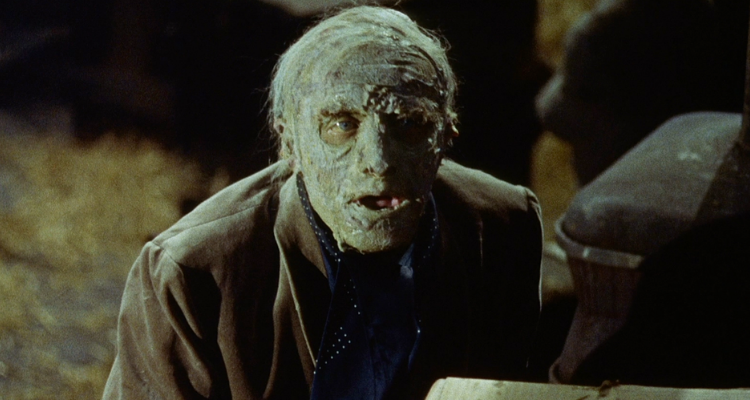 Bonnet requests the aid of two different surgeons, Prof Ludwig Weiss (Arnold Marle) and Pierre Gerard (Christopher Lee), but both refuse. Gerard is extorted into doing the surgery after Bonnet risks the life of Janine Dubois (Hazel Court), a young woman who both are attracted to. Despite being the sinner of the piece, her heart belongs to Bonnet.

The film has the potential to be an actual scary addition to the Hammer collection, but too much narrative ruins this. The Man Who Could Cheat Death has many discussions that take place in drawing rooms. Most of the conversations are overly British in politeness, with our villains never giving away too much to the victim. Sometimes the conversation becomes amusingly sensual or exciting. But, for an 83-minutes film, the narrative is neither compelling nor engaging but, on the bright side, the pacing is neither too fast or too slow. The focus is more on the race against time, rather than creating elements of horror. Gerard is in a race to rescue his love, and Bonnet is racing to beat his death.

The Man Who Could Cheat Death is a creepy but uneven film. Director Terrence Fisher, whose name is behind many Hammer Horror films, sometimes creates a scary and efficient horror film and this one has its moments, especially the deranged ending. Fisher is more than skilled enough to do the horror, so I am not sure why it is not apparent here. There is so much potential for this to be a great body horror

The script is created by Jimmy Sangster and with an excellent cast – bringing together Hammer supporters such as Lee, Marle and Francis De Wolff (as a Police inspector) – the film has a warm blanket of familiarity. It is Diffring who is the star in this piece, creating an exceptionally outstanding villain with a terrific presence. He hints at a man subtly on a knife-edge, with twitches and facial contortions as if his immortality has caused madness, as he refuses to accept the fact that death happens for a reason. Still, the film is too tame to be scary. The man/monster just wants to live forever and is willing to take the lives of others to achieve this – an irony not lost on the audience.

Even Marle’s odd performance as Dr Ludwig Weiss is perfectly terrific, and the conversation between the surgeons is the rotten heart to this bizarre film. The final scene between the two is probably the greatest moment of the film. Marle and Diffring had appeared together in the TV version of The Man in the Half Moon Street, which probably led to them being the lead in this Hammer adaption. 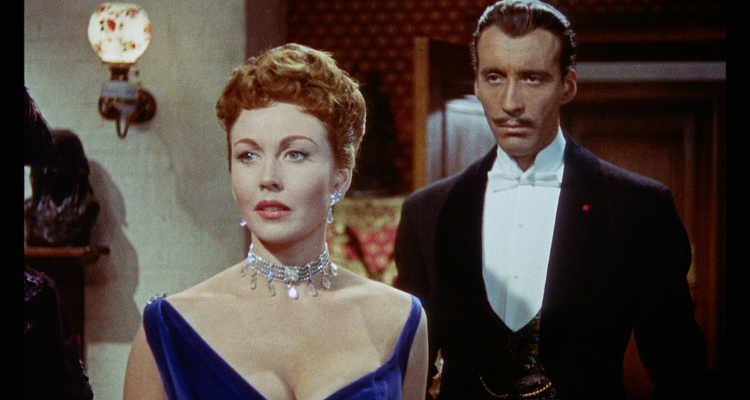 Lee, who at the time of release had yet to cement himself as horror’s leading man, plays the romantic lead without the usual straight-laced, haughty style you may have previously associated with his non-monster roles. He dramatically adds to the scenes with de Wolff’s inspector. However, in terms of Lee roles, this is possibly his most unimpressive.

Court’s role as the love interest has more substance than many of the other female parts of the time. Comparing Bonnet and Dubois, Bonnet thinks he’s in control of his life, whereas Dubois is experiencing it in an exhilarating way. Court plays her part with a twinkle in her eyes. There is a sense that she was game for anything – if only the prudish filmmakers would have let her.

The Man Who Could Cheat Death has the exhaustive and remarkable sets, stylish costumes, and impressively impactful score synonymous with Hammer. Yet, the film does not bring these elements together to create a great horror classic. Saying that, it is still an interesting, but flawed film. Compared to The Man in the Half Moon Street, Hammer had condensed the story, with fewer characters and the action taking part in a few enclosed spaces. The film feels like it is missing those characters and some moments come off as dull. 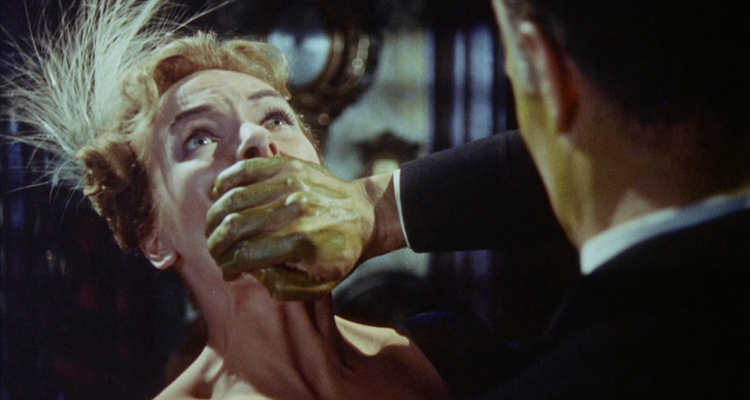 Sangster seems incapable of giving Bonnet any nuances. Bonnet comes off as inhuman. His manners are dubious; he offends guests, insinuates wicked things to bemused lady friends, and pacifies them with his charm – that somehow makes him even more unrelatable. Also, Bonnet never seems to realise the gift he has, and therefore we as the audience do not think the remarkable effort that is put into place achieves anything worthwhile. Bonnet’s sculpting should connect us to his temperament or dilemma, but he remains a criminal and not a likeable character. Even Policeman LeGris rattles off a list of reasons Bonnet has to be connected to the odd disappearances, but says he has no clues in the same breath.

Sangster’s script felt more like a TV movie than a cinematic piece, the action (or lack thereof) leaves something to be desired. Although, through all its faults, Jack Asher’s cinematography remains as opulent as ever. But Hammer is capable of so much more. Still, The Man Who Could Cheat Death is a must for vintage Hammer fans, or those who are fans of fragile horror.