Mothers. Aren’t they so sweet? Kind? Gentle? Some of these mums missed the memo.

In this new series, I’ll be exploring the ‘monstrous mother’ – the mothers of horror who don’t know the meaning of the word ‘chill’. With Mother’s Day just around the corner, what better time than now to take a deeper look into the world of horror mums?

Now, I watched a lot of Horror in 2020. A lot. So, when my father-in-law told me about the most “violent film” he’d ever seen, my first thought was ‘I bet I’ve seen worse’, followed by ‘can I watch it, like, now please?’.

The bloodlust knows no bounds, but I had no idea then that what I was about to watch would spark the start of a beautiful and passionate relationship between myself and mothers of horror. 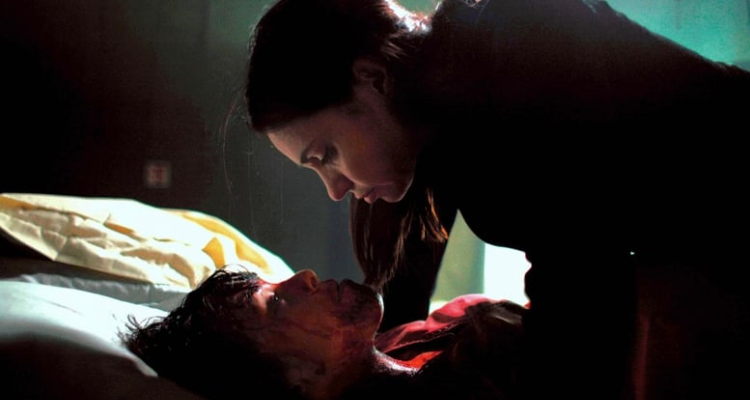 Kicking off the series is the brutal 2007 French horror Inside (À l’intérieur). As if pregnancy & childbirth weren’t scary enough, French directors Alexandre Bustillo and Julien Maury have elevated them to completely new, dizzying and nauseating heights.

It probably wasn’t wise of me to make my first watch of Inside coincide with the pregnancies of both a close friend of mine and my sister-in-law, but in my defence, I had no idea what I was getting myself into.

Inside opens with a shot of a foetus still in-utero and gradually pans out to detail the sight of a horrific car accident. Here we’re introduced to Sarah (Alysson Paradis), a pregnant woman who manages to escape the crash alive – but her husband is less fortunate. 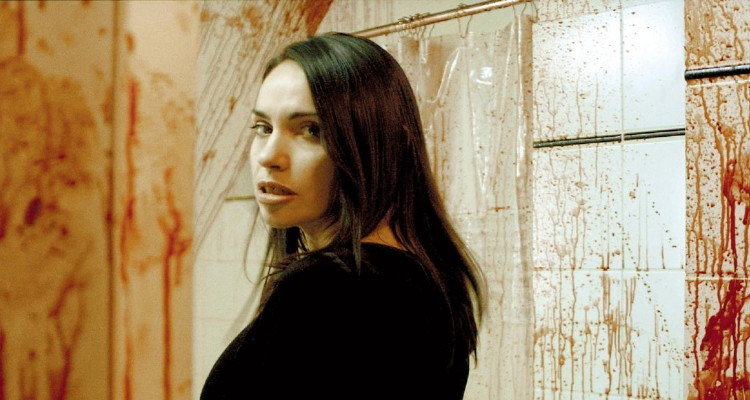 Four months later and on the brink of labour, Sarah is forced to extreme lengths to protect herself and her unborn child against a ruthless intruder credited simply as La Femme (played hauntingly by Beatrice Dalle). Dying in the crash looks favourable in hindsight.

What ensues is 80 minutes of pure, unadulterated violence with blood spilling out of every seam and pore. Sarah is powerless against La Femme – and so are all the people who unknowingly cross her path. 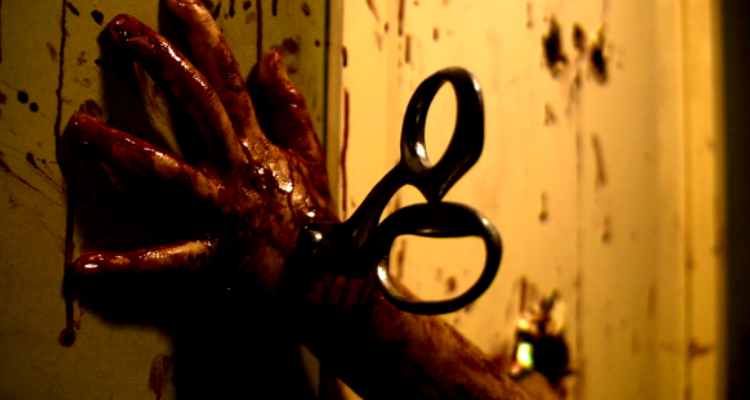 In a cruel twist of fate, Sarah’s own mother, Louise (Nathalie Roussel), is caught in the crossfire in a scene that completely knocks the ground from beneath your feet: Sarah launches an instinctive attack on La Femme, only to realise too late it’s her own mother she’s brutally murdered. The film screams ‘mums are not safe here!’ in bold, neon writing.

Why is all of this happening, though? It’s revealed via flashback that La Femme was another victim of the car accident that claimed the life of Sarah’s husband.

La Femme also happened to be pregnant at the time of the incident, but her child was killed and now she wants Sarah’s child as reparations. You get it.

The final shot of the film is devastatingly haunting: La Femme sits in a rocking chair cradling the baby while Sarah’s defiled body lays on the stairs, mutilated after La Femme’s desperate attempt to perform a caesarean. 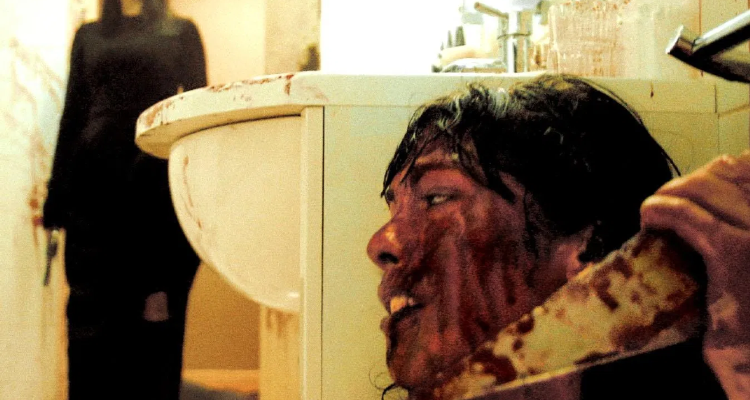 Whilst Inside is, indeed, an advocate for ‘no such thing as too much gore’, it’s not so simply a gorefest: Bustillo and Maury have created a story that asks the question, ‘how far are you willing to go for your children?’ in the most extreme, bone-chilling way.

In recent years, films like Hereditary (2018), Prevenge (2016), The Babadook (2014) and We Need to Talk About Kevin (2011) have exploited the mother-child relationship, resulting in a new branch of horror.

It’s relatable: even if you don’t have kids, you can surely resonate with having someone you care enough about to do anything to protect.

It’s not always a ‘parent who would do anything to protect their child’ dynamic (as classics like Peter Jackson’s Braindead and Stephen King’s Carrie demonstrate all too well), but one thing’s for sure: horror films involving mother’s work.

They’re visceral, unforgiving, and raise the emotional stakes to the absolute max.