Good news horror hounds… this new year is looking good for horror films! Well, on paper anyway… I’m sure that we’ll be served up some disappointments! In this article, I’ll be writing about what I’m most looking forward to watching, making this a list of my own personal top 2020 horror films. It would be great to know what you’re excited about too.

Before we start, it’s important to note that just like 2019, 2020 is bringing us some remakes, sequels and names we already know by heart. They haven’t made my main list of the top 2020 horror films, but I’ve given you a quick run down of them as “runner ups”, if you will. Here they are… 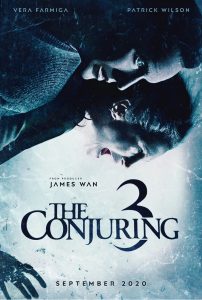 The Conjuring 3 is being released this year and it is already making the fans of the blockbuster franchise excited. The third instalment of the series was directed by Michael Chaves, the same director of The Curse Of La Llorona (2019) and it will continue the story of the previous two films.

A Quiet Place: Part II is coming too, picking up where the Abbott family left off with another monster to run from. The film brings the same cast and key crew, and although he isn’t acting in the film anymore, John Krasinski still sits in the directorial chair.

From the same director of indie hit The Eyes of my Mother, Nicolas Pesce, comes another remake of The Grudge – and unfortunately, the reception has not been particularly positive so far. Nevertheless, I still want to watch it.

I’m also extremely excited that one of my favourite films from 2016, The Boy, is getting a sequel! Brahms: The Boy II is again directed by William Brent Bell, but this new one brings a completely different cast on board to tell the story of a boy who befriends a life-like doll.

And finally, before we go into the four original films I want to look at, I must make a note of Halloween Kills. The latest instalment of the Halloween franchise has the same cast and key crew from the 2018 film, Including David Gordon Green returning to the director chair and Danny McBride and Scott Teems writing the screenplay.

Jamie Lee Curtis also returns, alongside Nick Castle. And we’ll also see Tommy Doyle (last seen in Halloween: The Curse Of Michael Myers, played by a very youthful looking Paul Rudd) is returning to the story and John Carpenter is, as always, gifting the film with an amazing new score.

OK I know, I’ve cheated a bit here as this is far from the first time we’ve seen The Invisible Man on the screen… But it’s been so long since we’ve seen a full adaptation of the original novel by H. G. Wells, that I gave it a pass. Taking the helm this time is Leigh Whannell, a director who’s got an extensive CV – the Saw franchise and the Insidious trilogy, to name a few.

The story follows the scientist Cecilia Kass (Elisabeth Moss) who runs away from her dangerous relationship with an abusive man, Adrian (Oliver Jackson-Cohen). After some time has passed, Cecilia receives the news that her ex has committed suicide and has left a hefty amount of money for her, however, Cecilia starts to suspect his death is a hoax to tempt her into his arms again. The film is scheduled to be released at the end of February.

Another adaptation of a classic novel is The Turning, written by Carey and Chad Hayes and directed by Floria Sigismondi (who, besides having directed episodes of The Handmaid’s Tale and Daredevil, has a musical background, having directed video clips for numerous artists including David Bowie, P!NK, Dua Lipa and Muse)

The film, as its title suggests, was based on the 1898 ghost story The Turn of the Screw by Henry James and it follows Kate (Mackenzie Davis), the newly appointed nanny, as she takes care of two disturbed orphans, Flora (Brooklynn Prince) and Miles (Finn Wolfhard). The film is scheduled to hit the cinemas at the end of January.

Expected to be released at the end of April, Antebellum is still very much a mystery to us. The premise and the trailer that have been released don’t give us much to work with – Veronica Henley (Janelle Monáe) finds herself trapped in a horrible reality and must break free from the terrible fate coming her way.

Besides knowing the film was written and directed by Gerard Bush and Christopher Renz and stars Janelle Monáe, there isn’t much more. But because the film is being marketed as “from the same producers that brought you Get Out and Us”, we can imagine what kind of feeling the film will have. 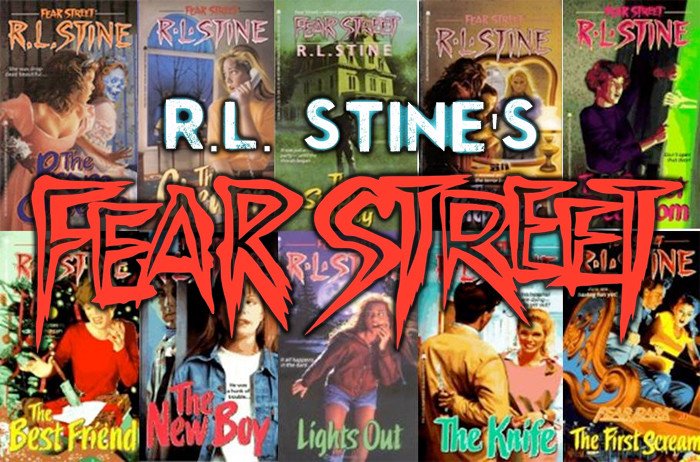 Yet another adaptation here, this one being a more recent set of books. Fear Street is, much like Antebellum, still a bit of a mystery. There isn’t much information about the film yet, other than the fact that it is set to be released in June 2020, and that there are two other sequels set to be released a month apart from each other following the first movie.

The films are, of course, adaptations of R. L. Stine’s series of young adult books of the same name (if the author’s name rings any bells… he also wrote the Goosebumps books!). The trilogy is being created by a group of indie filmmakers, having Janiak Leigh as the director and one of the names in the writing credits, who has previously directed Honeymoon (2014) and a couple of episodes of Scream: The TV Series.