Reviewing my top pick of horror films of 2021 is easy, as let’s be honest, there weren’t many and those there were, weren’t really anything to rave about. Leaving 2020 and entering 2021, there were a few promising movies due to be released. Candyman, A Quiet Place: Part 2 and Old, being a few of them, but when choosing my five favourite, unfortunately Old doesn’t get a mention, as to it’s safe to say, it was pretty crap (same as Malignant (2021) which was absolutely terrible!). But let’s get started on the films that have made it on the list.

When I heard about its release way back in 2020, I was hesitant in having too high expectations – I was doubtful it would come anywhere close to its predecessor. So, as I do with many sequels, I entered the cinema and left its 1992 memory at the door. I’m pleased I did. It was a great movie. 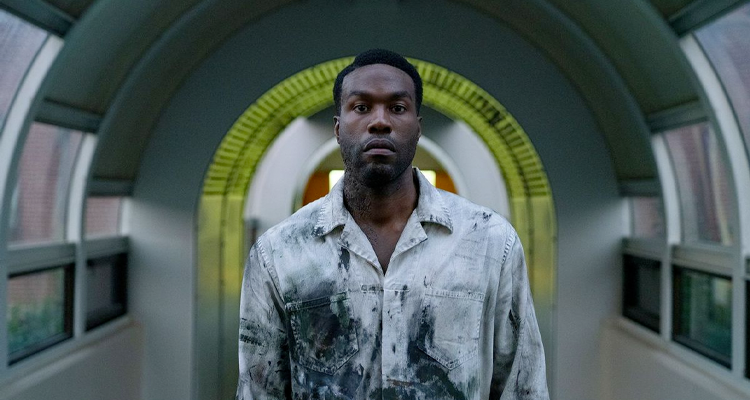 The lead, Yahya Abdul-Mateen who plays Anthony, Candyman’s chosen one, does a great job and carries the weight of every horror critic, although heavy, pretty well on his shoulders. I wouldn’t say he’s as memorable as Tony Todd but he doesn’t need to be. The story is good, I liked how it flows from the original but is strong enough to hold its own. There are similarities, of course, but the death scenes are unique and are fairly satisfying. I give Candyman a commendable 3/5.

Let me set the scene. I loved part one (2018) and I was super excited when it’s release was announced back in 2020 but was then heavily disappointed when it was put back to 2021 due to lockdown. But when it finally hit the big screen, I was there on release night with a cherry on the top! 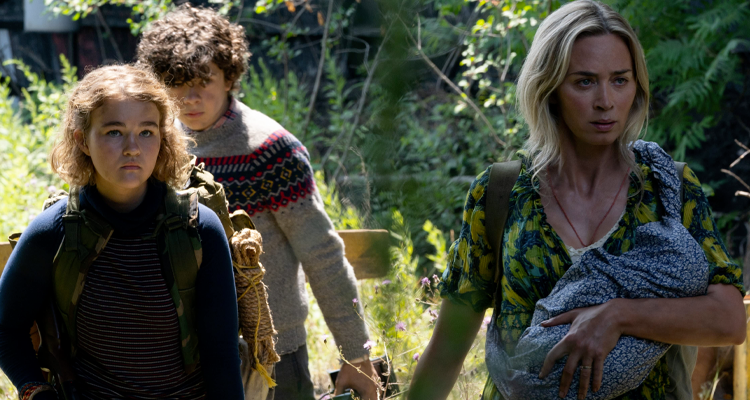 Once again, we are with the Abbott family but we get to see snippets of the ‘before’ and how the monsters came to be. Milligan Simmonds who plays daughter, Ragan, is our protagonist who sets out to find a safe place. The acting is great, Emily Blunt is excellent and so believable in her part as a mother, grieving widow and monster-slayer. I love the ending, and cannot wait for the third instalment. Lots of jump scares and toe-curling chases, I give A Quiet Place: Part 2 a solid 4/5.

Again, I was a huge fan of the original Don’t Breathe (2016) but I was a little hesitant about a sequel as I wasn’t sure there needed to be one (but I guess there hardly ever needs to be one). I liked that Stephen Lang, our blind villain from the first movie had survived his ordeal and was back in the sequel with a bang. 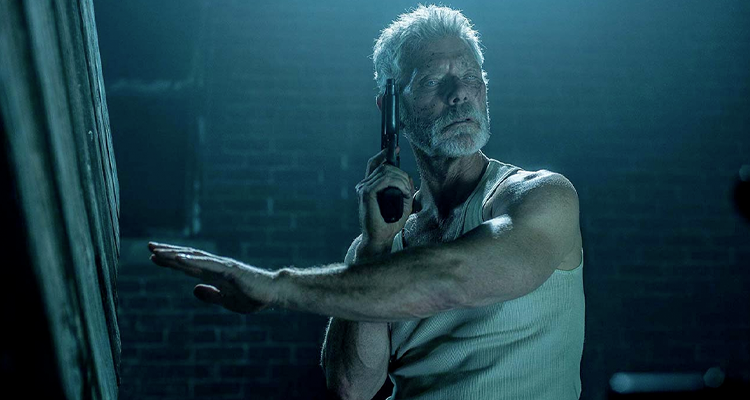 There is huge purpose and a unique storyline, one which I enjoyed learning about more than the first. It has more depth and meaning, and even though he was an abductor, murderer and rapist, oddly I grew to love Lang by the end of the film (I think this odd relation to his character is intended – I hope so!). Jumpy, creepy and fun, I give Don’t Breathe 2 a decent 4/5.

I stumbled across this film a while ago and actually avoided it because Megan Fox plays the lead and I’m not a huge fan of her acting or previous films. However, one wintry afternoon I decided to give it a go and I was really pleased I did. 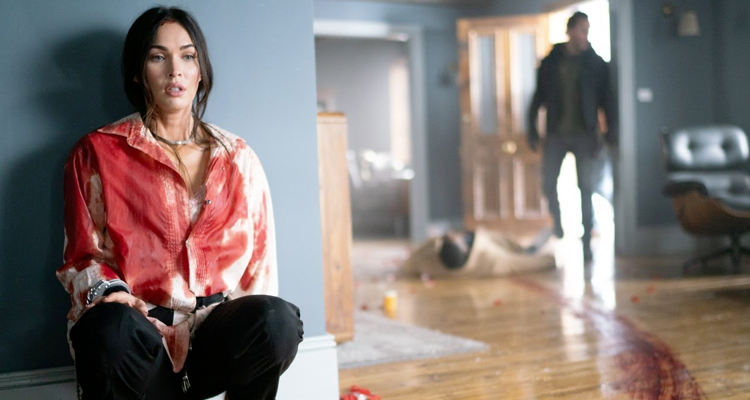 Fox actually does a decent job at playing unhappy-in-love wife, Emma. It’s a great story about karma and how it really can whip you in the arse at times. Rather than horror, I’d put this into an intense psychological thriller category but there’s plenty of gore and jumpy scenes that it should satisfy even those who set out looking for a horror. Solid acting from all the cast and some beautiful scenery shots where it was filmed in Bulgaria. Definitely worth a watch, I give this hidden gem a 4/5.

Although I do like the Halloween films, I must admit, I’m not a huge fan. I’ve seen them all and I’ll watch more if they come out, but let’s face it, they are never scary enough. That being said, I was looking forward to the release of Halloween Kills and it lived up to expectations. It was fun, gory and left me wanting more. 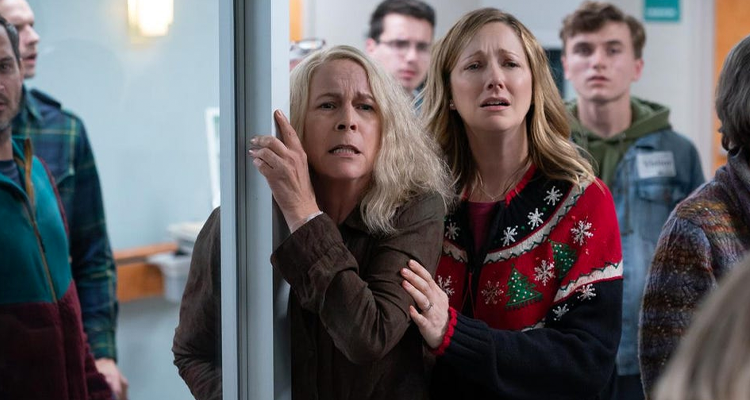 The acting is good. Of course, Jamie Lee Curtis plays Laurie effortlessly, and everyone else just kind of blends into the scene as and when they are required to. Michael Myers continues to be the most chilled-out serial killer on screen and notches a good few kills under his belt during the fast-paced 105 minutes that he’s on screen. A good story which flows nicely, doesn’t drag and as long as you don’t expect more than what you always get, you will enjoy every minute. A good 3/5.