Horror is the oldest form of dramatic story-telling. Why do I say that? Because long before a culture has the space to explore love, beauty, philosophy, art, science, etc it needs to tap into something much more basic: fear.

Fear is useful; fear is essential; fear is the most primal teaching tool for embryonic civilisations. And so the earliest stories are cautionary tales: fire can burn you; water can drown you; wolves can eat you; toadstools can poison you. Or to boil it down to its most basic essence: If you do X then Y will happen to you. This is the heart of the mythic story-telling tradition and it beats still, inside the DNA of modern Horror.

It began in antiquity, with Aesop and his Tales, ran through the later traditions of folk stories, and then on to the fairy tales of the Middle Ages which were then codified by the Brother’s Grimm and others.

The original fairy tales were far more gruesome than we now imagine too, as the Victorians did much to ameliorate them, to suit their gentler sensibilities (in all the early versions of Red Riding Hood, for example, she is devoured by the Big Bad Wolf). 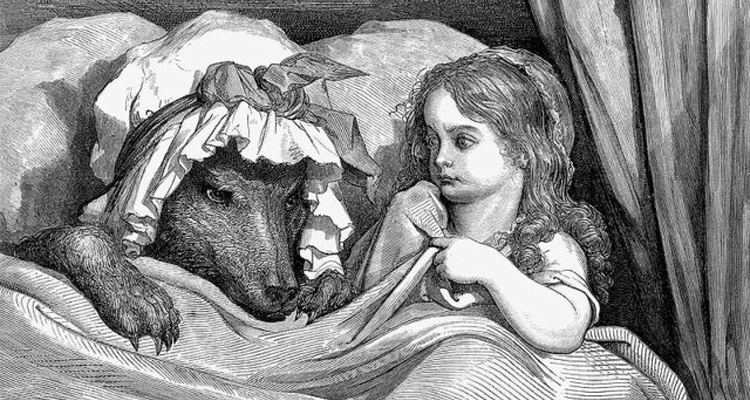 As well as the aspect of ‘Action > Leads to > Dire Consequence’, another important element of myth is that, well, they tend not to make much sense. They shouldn’t be expected to because they arose at a time long before our present post-Renaissance age of logical, critical thinking. How would Red Riding Hood mistake a monstrous wolf – even in disguise – for her elderly grandmother? It’s ridiculous; clearly she wouldn’t.

But that’s not the point; the point is to stress the danger of wild, predatorial animals (or emerging female sexuality, if you prefer to read it that way). The same is true of Heinrich Hoffman’s 18th century Shock-Headed Peter stories. But there are rules attached – nonsensical rules, often – but firm rules nonetheless.

Whereas Myth sits solidly in the core of Horror, it is not ever-present. In the body horror sub-genre, for example, it is rarely present.

So let’s take a look at some classic examples, wherein it is most deliciously present:

Regular LHS readers will know that I have a major horror-crush on Clive Barker, so no apologies for citing two of his works here! Especially because the master of British Horror writes deeply mythic stories.

In the case of Hell Raiser, we have the Cenobites – monsters who ostensibly might stand shoulder-to-shoulder with the likes of Freddy Krueger, Jason Vorhees, or Michael Myers (and indeed fan-fiction writers are fond of linking them up). 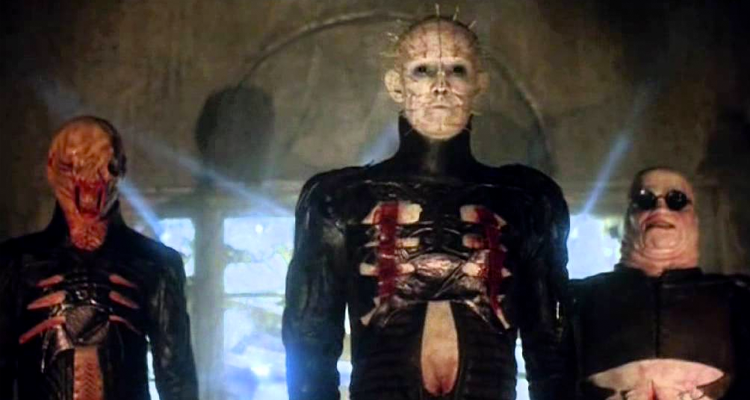 But Pinhead & Co are fundamentally different to those others – firstly you must seek them out. Secondly, it is not mindless death and destruction that they will inflict…but spiritual enlightenment through the process of unending agony. We have such sights to show you…

A cautionary tale then: be careful of what knowledge you seek out, because some knowledge comes with a terrible price attached…

One of the least recognised aspects of the film – and most mythic – is its refusal to be properly oriented to an exact time period. Elements of the society in which it is set seem to suggest small-town America in the 1950s, yet juxtaposed with this are pieces of personal technology that feel more  21st century. Beyond this is a marvellously mythic and very scary horror story. 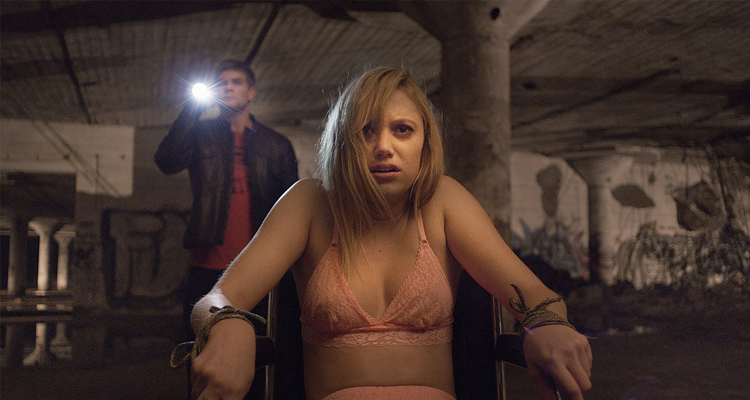 Rules y’see. And actions. And consequences.

Back to last century and the Mighty Mr. Barker.

Based on the short story, The Forbidden (actually the first story of his that I ever read, in the fourth Books of Blood anthology), Candyman is a splendid piece of modern myth-making. 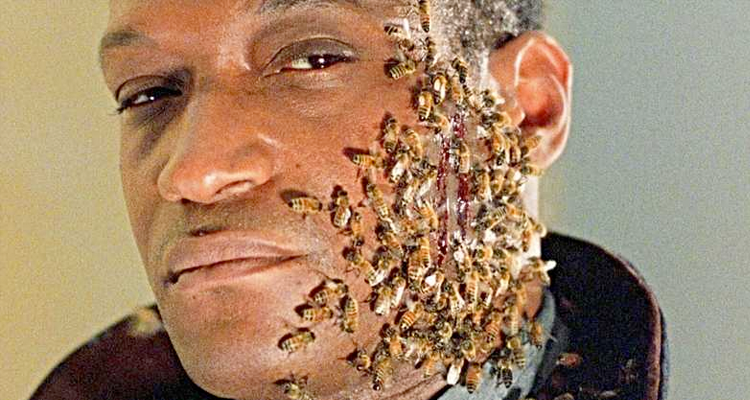 Firstly the origins of the Candyman – attacked by a mob in the 19th century, he is beaten, deformed (his right hand is cut off and replaced with a hook), then smeared with honeycomb such that bees will sting him to death. From there, he passes into mythology, and it is a status he wished to share.

To those who summon him – via repeating his name five times into a mirror – he offers immortality of a sort. He will kill them, but they will be immortalised, along with him, into modern folklore. They will live forever as myth.

But he asks – per the rules – and never insists. Be my victim, he entreats…

A much under-rated indie American Horror, Absentia is brave enough to create its own entirely new mythology (although it subtly tips a reference to the Three Billy Goats Gruff as an inspiration, early on).

Tricia’s husband disappeared seven years ago and she is under pressure to declare him dead ‘in absentia’…until he appears in front of her house one night, bloody and barefoot. 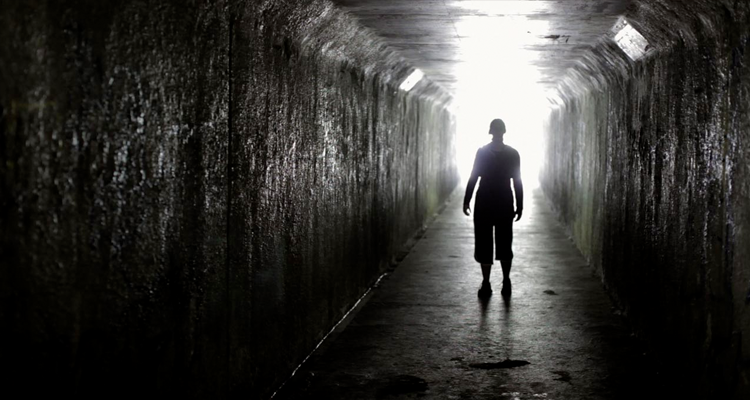 The tale that emerges is of an insectoid creature that dwells within the walls of a nearby tunnel, and periodically drags unsuspecting victims from the tunnel into its own realm, to torment and abuse them.

By the end of the film, Tricia, her husband, and errant druggie sister have all been claimed by the lurking monster…three more missing cases files for the local police department.

What is the nature of the diabolical insect? What is its purpose? Where does it take its victims? It’s never made clear, but the cautionary tale remains: venture into that tunnel and risk the hellish consequences. 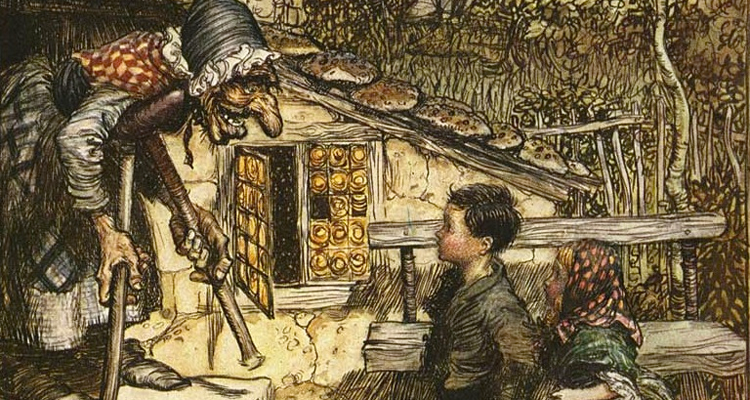 So that’s the millennia-old essence of Myth; keep an eye out for it in the modern horrors you watch – they may be more present than you realised.