Sure, the matter is very, very, very dark… but is it good?

According to McDonagh, Danish writer Hans Christian Anderson is well known for his beautiful fairy tales but less well known for keeping an amputated, Congolese, pygmy woman in a box in his attic (the true author of his works, Mbute). 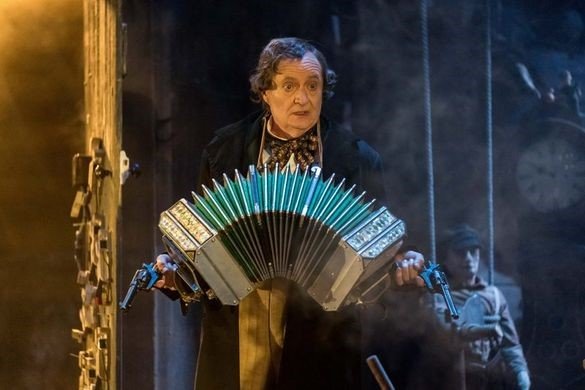 Now for those who know his films but not his plays, McDonagh onstage is even darker than McDonagh on screen.

Men dig-up their wives and smash in their skulls, women batter their mothers with a red-hot poker, and children are killed with razor blades and a Granny Smith apple.

So, naturally, as an advocate for onstage horror, I was over the moon when I saw publicity for this play.

McDonagh’s knack for making the dark funny then making it even darker is incredible.

The horror hits home harder than ever before.

But in A Very Very Very Dark Matter, it hasn’t worked.

For example, the re-occurring Red Men: two dismembered, blood-covered corpses, hell-bent on murdering their murderer before she murders them.

Great premise for a bit of horror and when they first stepped onstage, I got the shivers.

But then they opened their mouths and some sort of R-rated zombie routine by the Chuckle Brothers came tumbling out.

Now dark comedy must be both comical and dark to work but this is just silly.

I came for spooks and, unfortunately, there were few.

And sure, it’s my opinion and it could be forgiven were the play a masterpiece.

McDonagh uses this bizarre premise to attack European imperialism in the Victorian era, most notably the Belgian genocide in the Congo in the late-1800s. It’s something few of us are going to disagree with yet its framing is somehow disagreeable.

The characters are undeveloped, the humour uncertain, and the story unsure.

The world he’s built feels unfinished. As if it is a couple of drafts away from being ready for production.

Which leaves you with nothing more than a let-down. 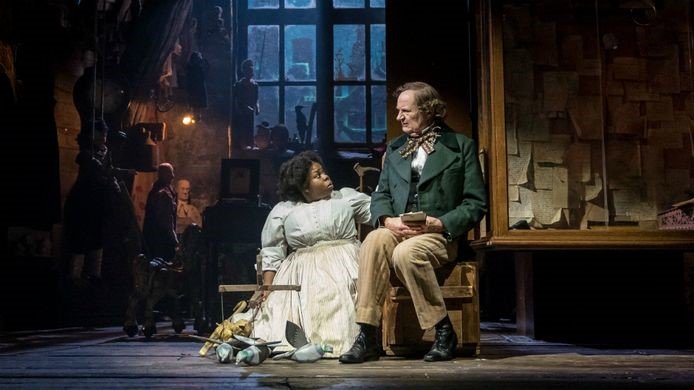 Even the voice of Tom Waits as the narrator, gifting the audience with his gravelly groan, wasn’t enough to save it.

Verdict: As attempts go, it’s ambitious with hints of the writer I’ve loved without fail. But the reality is it’s a mixed-up mess of a play that makes me want to re-read The Pillowman.