With the Donmar Warehouse producing the first stage adaptation of Peter Strickland’s 2012 horror film, Sam stopped by to catch the penultimate performance of Berberian Sound Studio. 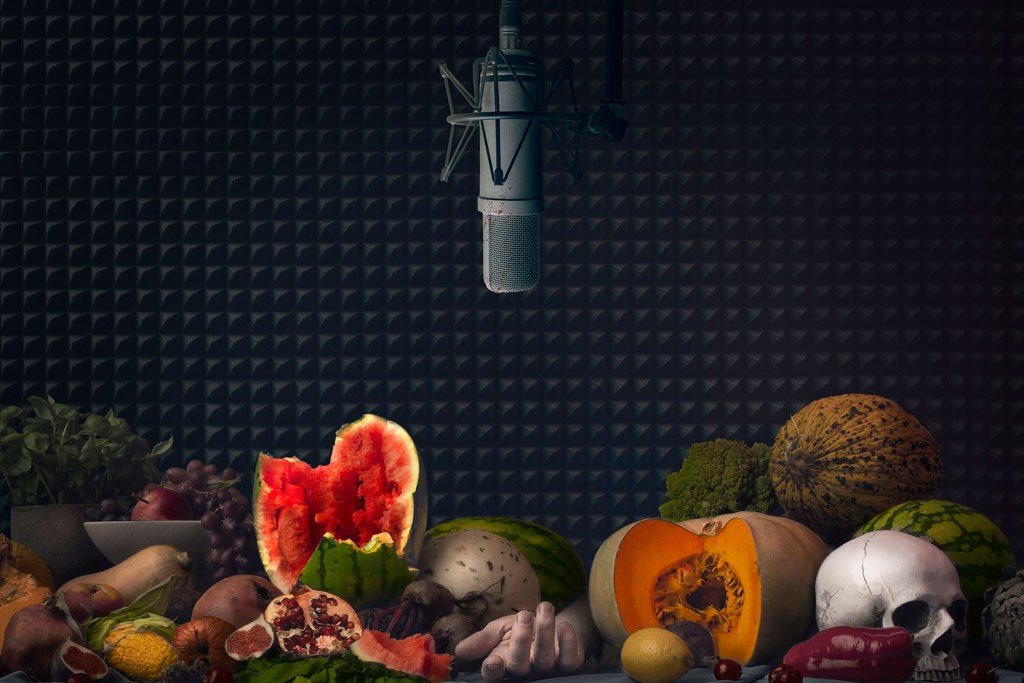 That’s something I’ve always agreed with, so hearing it uttered onstage certainly sent shivers down my spine.

But it isn’t what you can’t hear in Joel Horwood and Tom Scutt’s production that scares you.

It’s what you can.

British sound engineer Gilderoy has come to Italy to record and mix sound for art house director Santini, a largely absent figure who nonetheless makes his presence known by calling the shots without even being in the room. 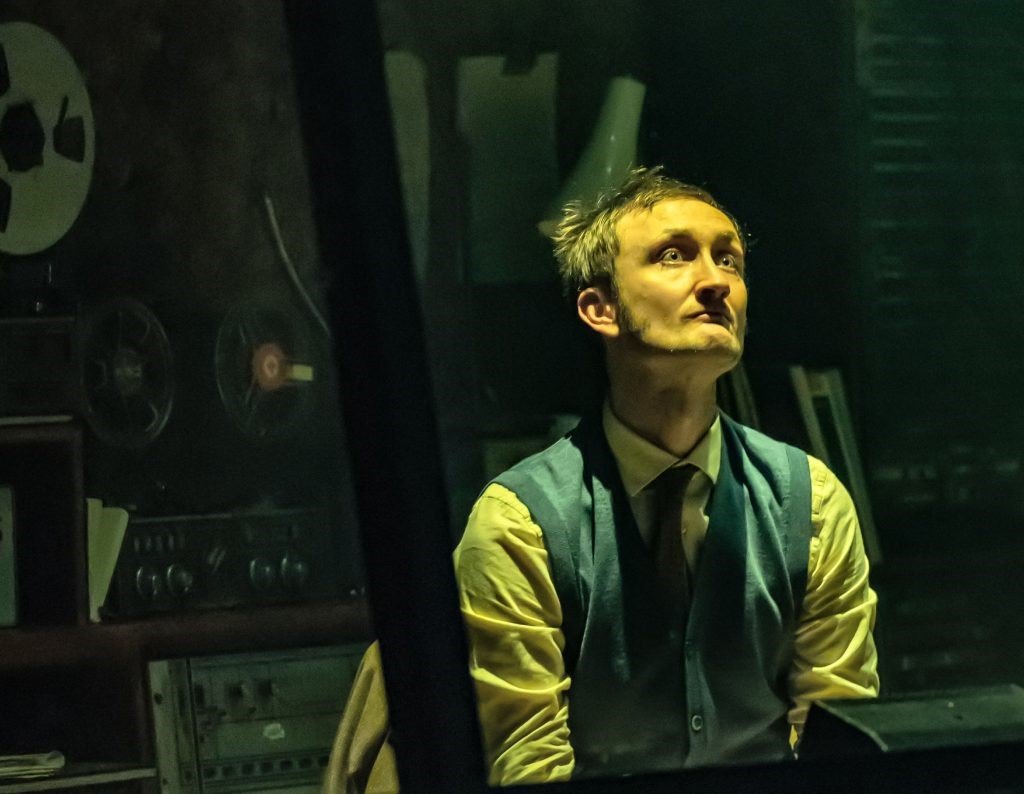 Expecting an animal documentary of an equestrian nature, Gilderoy is disturbed to discover the film sits more on the horror end of the spectrum, with disconcerting uncertainty surrounding the authenticity of its (literally) torturous conclusion.

Top that off with three bearded sound technicians who watch but never speak and you’ve got a spooky set up.

The set is incredible: a perfect re-creation of a 1970’s sound studio, with as much detail as you could possibly want.

The performances were equally realistic, as characters dance from English to Italian and Gilderoy descends Macbeth-style into madness with haunting believability

(There’s a particularly wonderful sequence where two Jemaine Clement look-a-likes stamp on straw, cut up carrots and smash up watermelons to record a soundscape). 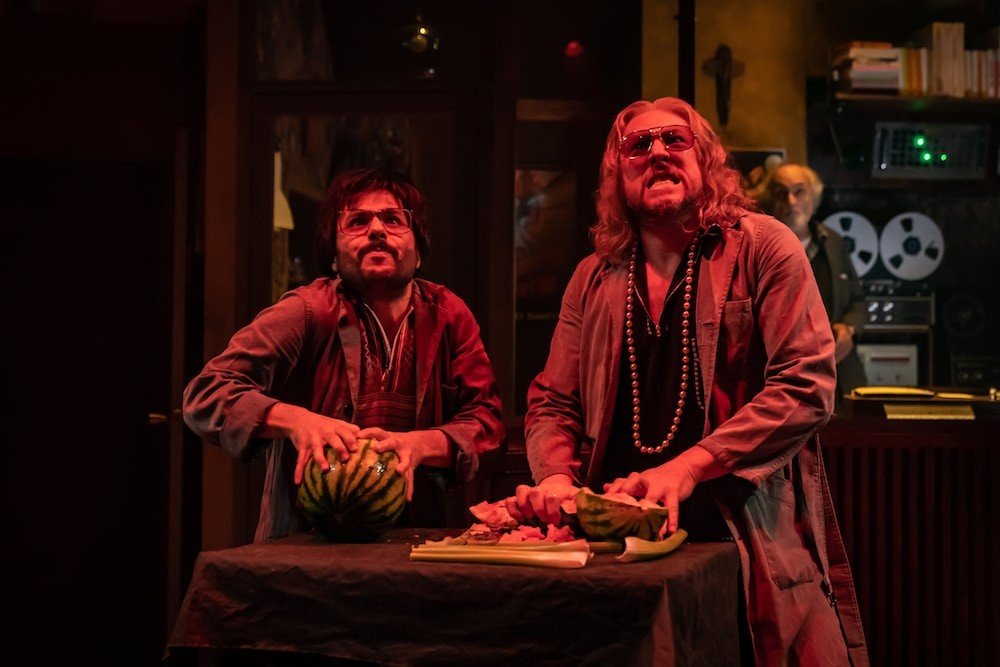 But the most exciting part of the play is the moral debate brought to life by Silvia, the bold, courageous voice actor, recording over the female protagonist onscreen.

Struggling to produce a realistic scream, Silvia is pressured by Francesco, the passionately unpleasant producer, to find a way of screaming for her life or risk losing her job.

And so, a fascinating dilemma is introduced: whether Gilderoy helps Silvia or helps the film, culminating in Santini’s terrifying line: “So long as the art is good, the ethics are good”. 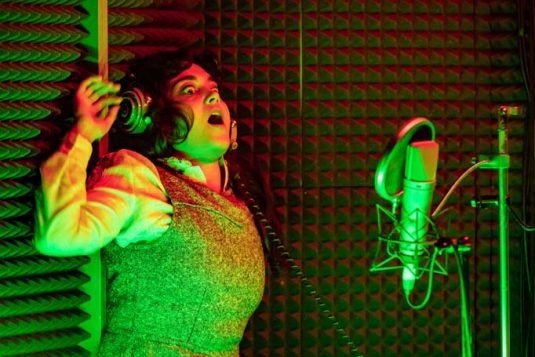 Unfortunately, as the horror is amped up, the moral dilemma is turned down.

The focus turns to Gilderoy and the mental toll this project is taking and consequently loses its way.

As I said, the soundscapes were terrifying, with one particularly horrifying moment when Gilderoy turns a recording of his mother in pain into an unknown monster that moves along the back of the auditorium.

But the second half felt as if they couldn’t decide on a climax and so picked three or four, none of which were shocking enough to wrap it up neatly with a strong, solid, satisfying scare.

Verdict: While Berberian Sound Studio explores men controlling womens’ voices with a fascinating dilemma, it starts losing its way when the moral issues are pushed aside by a series of horror vignettes that never quite hit home hard enough to sufficiently terrify or scare.