With the Pleasance Theatre in London staging the first fringe production of George A. Romero’s classic zombie masterpiece, Night of the Living Dead Live, Sam popped round to see what their press night had in store. 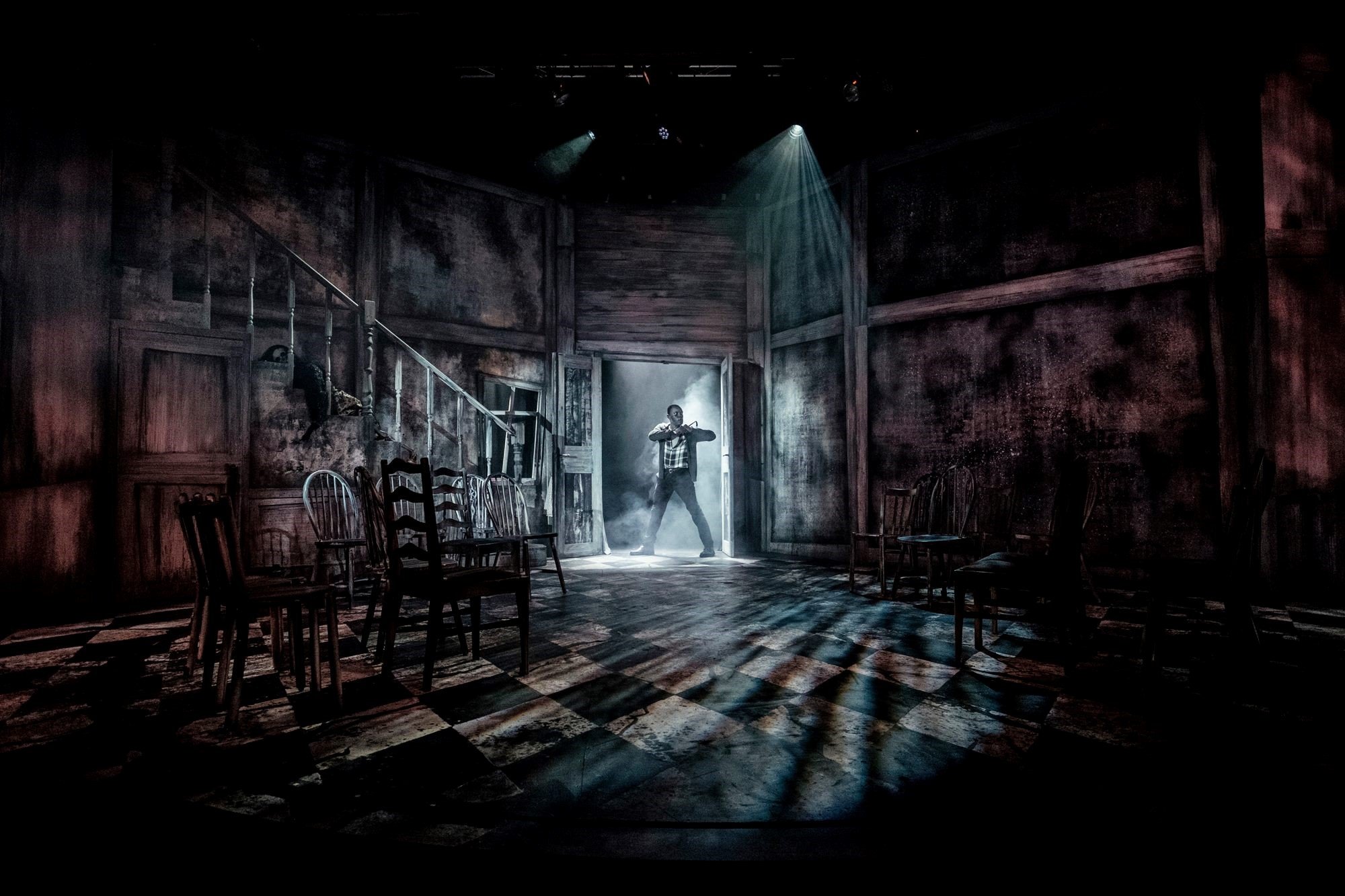 The production was already showing promise when I bumped into a fellow horror aficionado in the foyer and, seeing she was wearing 1984-style overalls, asked if she was involved. “Nope,” she said. “I’m in the splatter zone.”

Upon entering the theatre, I was met with an incredible set from designer Diego Pitarch, complete with everything you remember from the film with its own hidden secrets waiting to be revealed.

Everything and everyone were even in black and white.

A perfect tribute to Night of the Living Dead.

The theatre was plunged into a sudden, echoing darkness and I couldn’t help wishing I wasn’t sat quite so close to the stairs.

A note from director Benji Sperring in the programme specifies comedy as a key aspect in tonight’s performance and that is where this production triumphed. 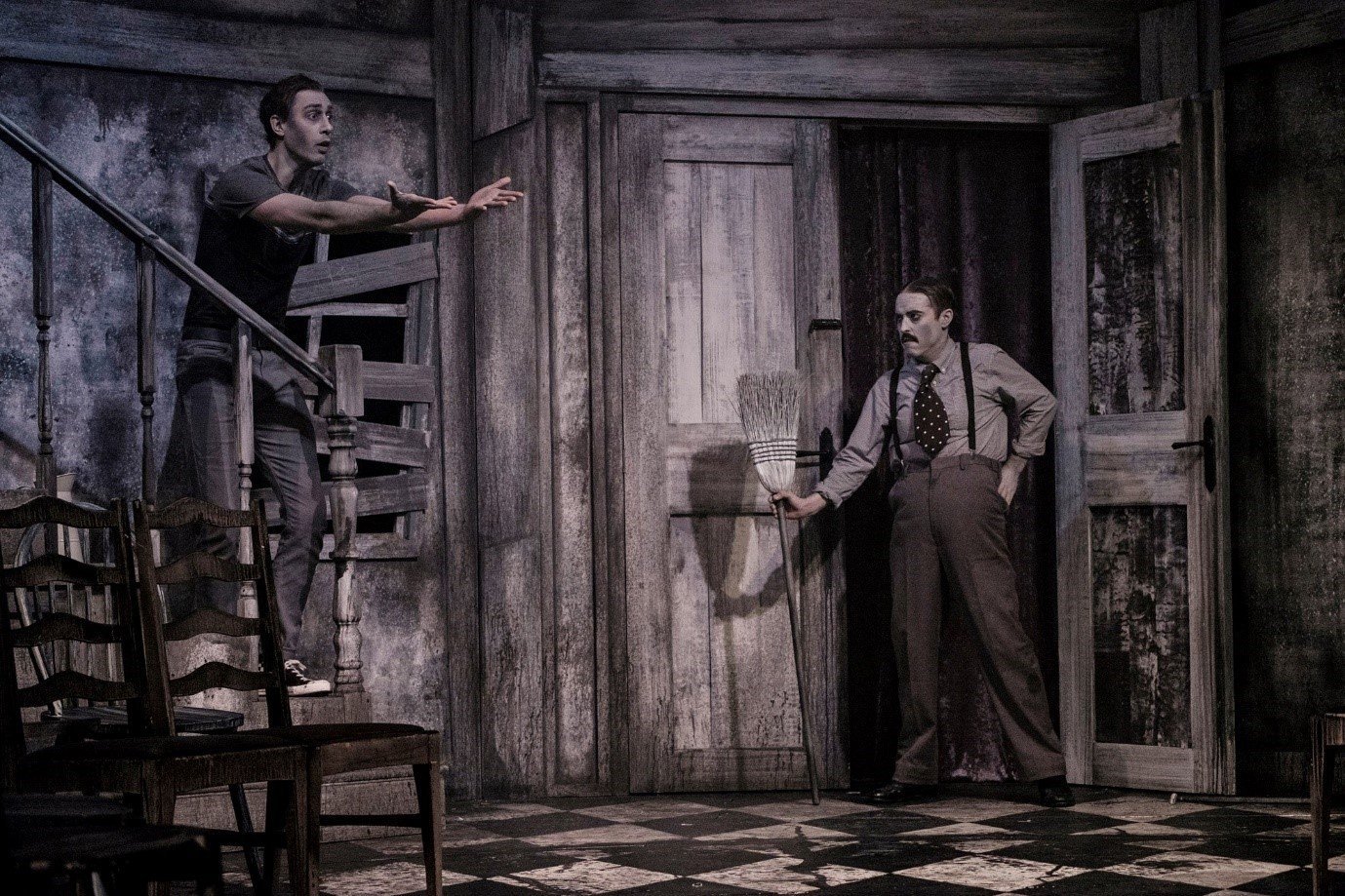 Late 1960s social inequalities and flesh-eating cadavers alike were perfectly adapted to the stage by wonderful indulgence in farce.

Barbara, somewhat neglected in Romero’s classic Night of the Living Dead is perfectly handled with humour by Mari McGinlay and Marc Pickering presents Harry Cooper like a pot-bellied Steve Buscemi who never misses a gag.

Ashley Samuels hams up Ben perfectly, most notably in his entrance when he hammers a ghoul with heightened heroism.

Jennifer Harding balances Helen and Judy in a brilliant reverse double-act that only gets funnier the more you watch.

And this is all backed up by some wonderful multi-roling from Mike Bodie and Tama Phethean, who helped make a six-person cast feel like a team of fifteen.

But humour was the hero of this show.

I shan’t reveal the twist(s) of the second act for fear of spoilers but, to say the least, I heard someone muttering behind me “This is getting quite Ray Cooney, isn’t it?” 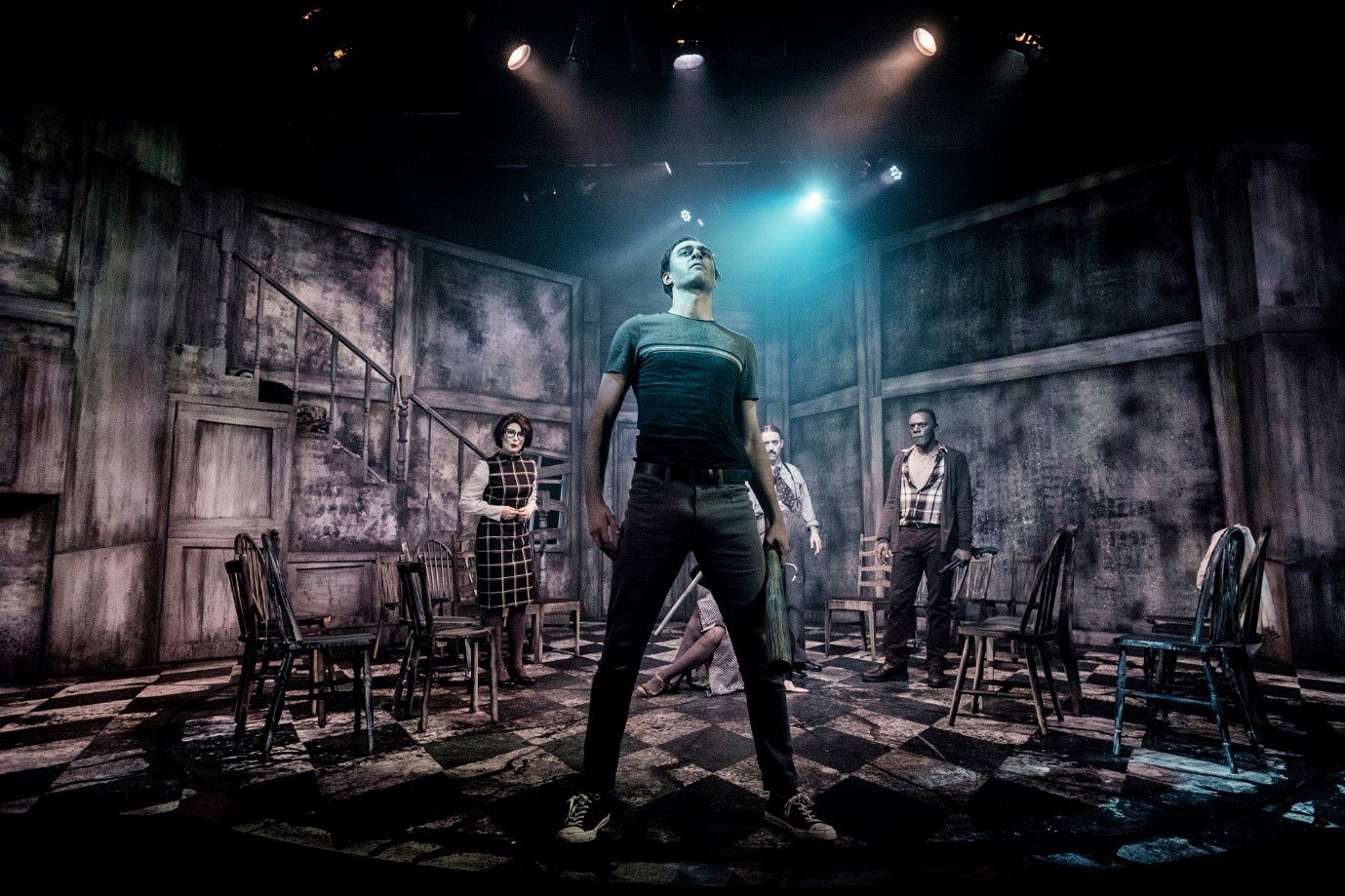 I can appreciate that some may be troubled by Romero’s masterpiece ending in a musical number, but I found this the perfect vessel for translating the story for the stage.

They also embraced the theatre’s knack for illusion, where reality is best represented rather than recreated.

The news broadcasts were performed live in a four foot by four box to the glee of everyone in the audience and hands jumped out of cupboards to hand characters weaponry.

All in all, zombies on stage work way better than I’d initially anticipated.