I don’t think it is possible to overstate the influence that veteran filmmaker Ray Harryhausen has had on modern cinema.

His ground-breaking animation effects on such timeless classics as Jason and the Argonauts and Clash of the Titans have inspired and tantalised the imaginations and lives of generations of directors and movie-goers alike. 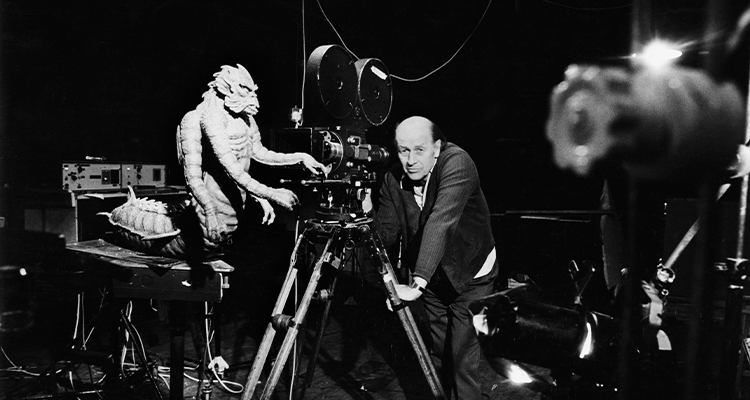 Spielberg, Lucas, Jackson and Del Toro all cite Harryhausen as having enormous influence on their work, and one only need to look at the early stop-motion effects employed by Peter Jackson on his early horror work to see that influence bear fruit.

And now fans from all over the world have an opportunity to see some of those magical creatures and creations first-hand at the Scottish National Gallery of Modern Art.

Items selected and curated by Harryhausen’s daughter Vanessa and filmmaker John Walsh, who are Trustees of the Ray and Diana Harryhausen Foundation, will be on display from 24 October 2020 to 05 September 2021.

The Trust estimates that it has within its vaults almost 50,000 items from Harryhausen history – a genuinely staggering number which truly captures the work ethic of the great man. 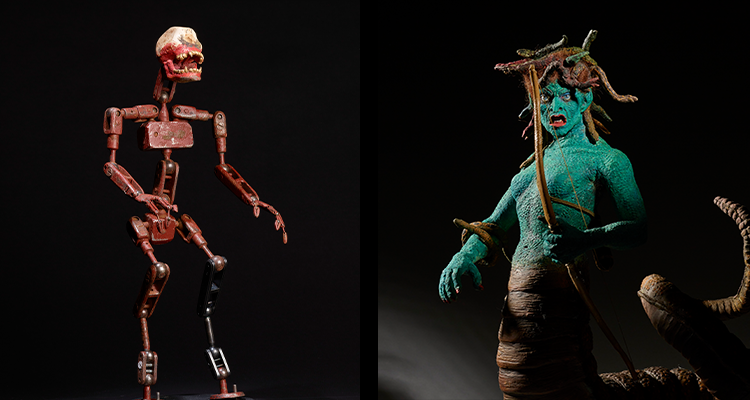 “As a child, I was very lucky to be able to just pop upstairs to his study where he made all of his models. I could see all this wonderful creativity coming forwards. I used to just lie on the floor and watch Dad just sketch away or make something in his little office and see these amazing creatures come to life,” Vanessa recalls. “It was a great privilege.”

Whilst most will think of the amazing Medusa or the terrifying skeletons from Jason and the Argonauts, many don’t realize that Harryhausen was a bit of a one-man band when it came to his effects work. “Dad did everything. From the technical drawings to actually making the models. He needed to take all of that to show film producers.”

“He didn’t facilitate other people visions,” says John Walsh. “Ray facilitated his own vision, his own aesthetic. There has been no one else, as of yet, who has been the instigator of their own special effects. He was the writer and the story conceiver.”

“Young filmmakers would actually correspond with Ray when they were amateur filmmakers, and Ray would write back and advise. He did this on several occasions with guys like Phil Tippett and a young Rick Baker. Now Rick Baker is an Academy Award winner seven or eight times over! He always had time and patience for people.”

Perhaps less well known and seen are Harryhausen’s art. A prolific sketcher and artist out with his stop-motion work, the exhibition displays the full breadth of Harryhausen’s talents.

“I’m glad that people can see his artwork and his thought process. I know we’ve had a lot of books out about Dad, and there has been artwork in it, but this is more in depth and goes back to where he started at the very very beginning.”, Vanessa says. 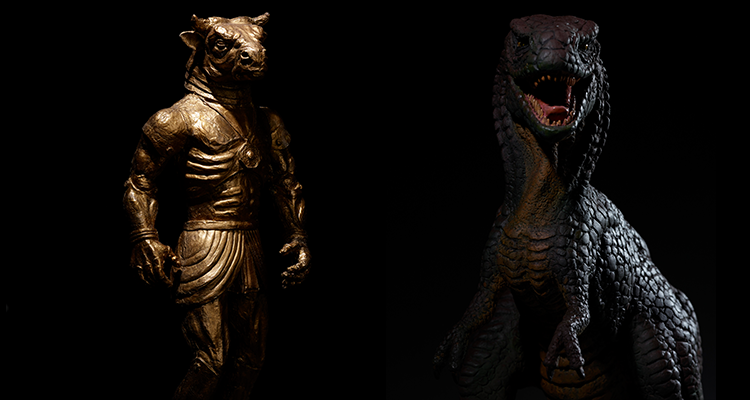 I asked Vanessa what her father would think of his amazing works still being shown and loved the world over?

“He was a very humble man. He was always very touched when people would come up to him and tell him that they had saw his work. So, he would be thrilled that all you guys are keeping this alive after eighty plus years. He’s obviously touched so many people in loads of ways, from art to film to sculptures.”

Ray Harryhausen: Titan of Cinema marks the largest collection of Harryhausen items ever to be placed on display to the public. It is a treasure trove of ancient wonders and terrifying creatures brought lovingly to life by a true visionary of cinema. And more importantly, it is a monument to imagination and to the power of creativity.